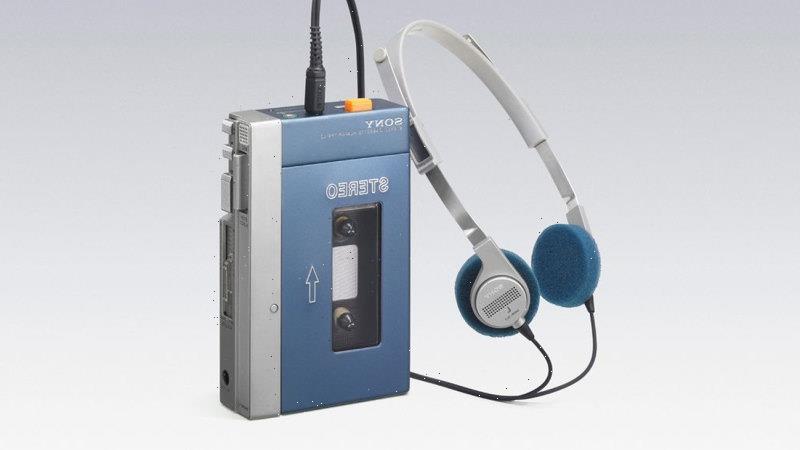 Imagine, for a moment, what the world would look like if Steve Wozniak and Steve Jobs were more interested in San Francisco real estate than computers.

The pair founded the company we know today as Apple by selling Wozniak’s scientific calculator and Jobs’ Volkswagen van. That money was enough to start Apple on the path that not only delivered the world home computers but also the iPod and iPhone. 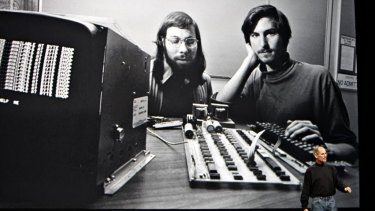 Steve Wozniak with Steve Jobs and one of the first Apple computers.Credit:Bloomberg

It was a huge, and ultimately successful, financial gamble by the pair.

The benefits of that decision in the mid-1970s can’t just be measured in Apple’s market capitalisation (somewhere north of $2 trillion) – the productivity gains are still being felt today.

Had Wozniak and Jobs, rather than build and market a PC, invested in property, they could have made enough money to be very comfortable. But you might still be listening to music on a Sony Walkman while waiting for your visual display terminal to warm up enough so you could use it like an electric typewriter.

In economic terms, it’s opportunity cost – what you give up to do something else. In the Apple case, the chance of making a breakthrough in computers was (fortunately) more enticing than a life in real estate.

It’s becoming clearer that, as a country, Australians are making the other choice.

Our tax system, our monetary policy settings, our fiscal settings and even our television programs all drive us to sink money into real estate rather than something that might be riskier but could deliver huge, long-term gains.

Earlier this year, the Bank for International Settlements, the central bank to the world’s central banks, reported that house prices across the world were climbing rapidly, in large part due to record low interest rates.

Central banks like our own Reserve Bank of Australia know that a burgeoning property market delivers an economic sugar hit. 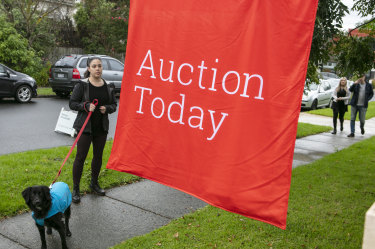 Hundreds of millions of dollars have gone into Australian property over recent years … at the expense of everything else.Credit:Domain

The BIS noted that while there were short-term gains from a hot housing market, in the longer term, countries increased the risk of slower overall growth. And while housing construction lifted on the back of lower rates, that in itself was “associated with lower aggregate productivity growth”.

Productivity growth is what drives higher wages and standards of living. Without productivity improvement, you’re stuck listening to Wired for Sound on the Walkman rather than wandering around with an iPhone flicking through Spotify.

What did we do in the past decade?

The value of home loans held by the Commonwealth Bank alone climbed by 88 per cent over that 10-year period to $322.3 billion. Its loans to investors for property more than doubled to $164 billion.

That’s a huge amount of money that could have gone into research and development for Australia’s own version of Wozniak and Jobs. Instead, it’s gone into bricks and mortar and splashbacks and the removal of load-bearing walls.

Over that decade, Australian GDP has increased by a touch over a quarter while GDP per person has lifted by less than 10 per cent.

Cliff Richard may have been ecstatic listening to AM and FM on his Walkman. But it’s no way to run an economy.