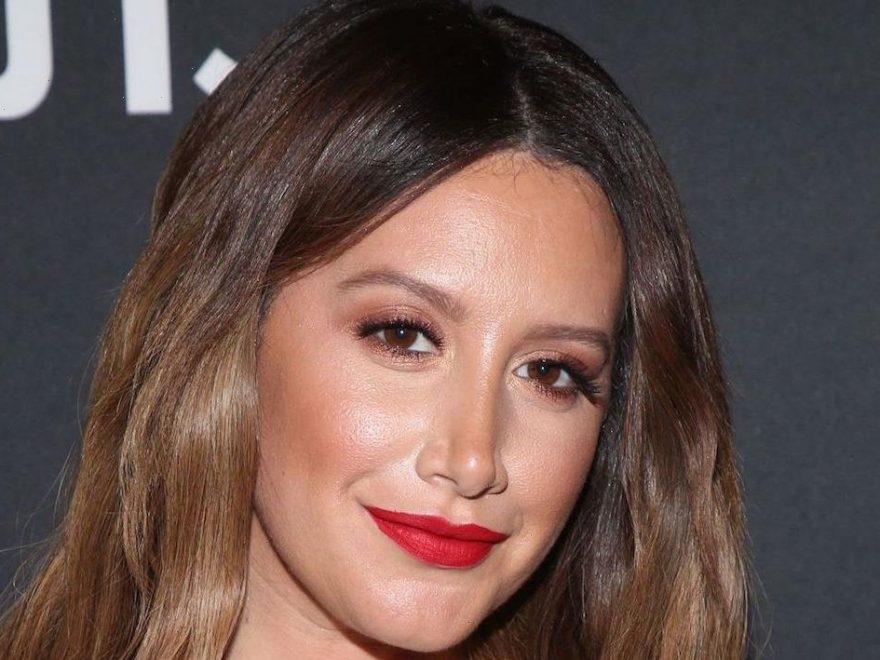 Proud of her progress! Ashley Tisdale raved about her postpartum body after giving birth to daughter Jupiter.

“I just want to thank my body four months postpartum and can’t believe the journey it’s been,” the High School Musical star, 36, captioned a Wednesday, August 11, Instagram Story selfie in workout gear. “I’ve never said this, but I had diastasis recti from my pregnancy.” 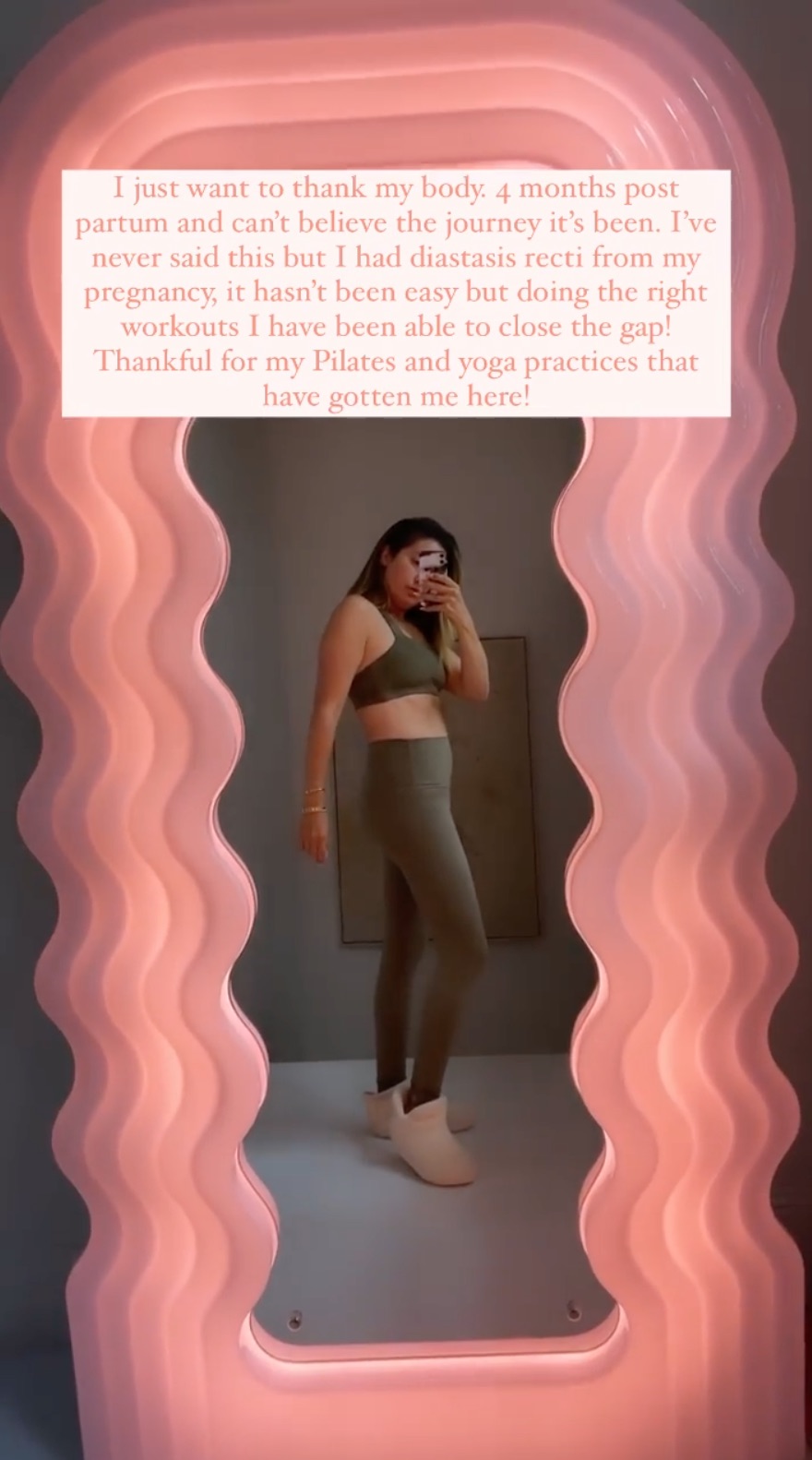 Diastasis recti is a separation of the left and right sides of the outermost abdominal muscle, according to WebMD. This leads to what is commonly called a “pooch.”

The actress went on to write, “It hasn’t been easy but doing the right workouts, I have been able to close the gap!” She then thanked “Pilates and yoga practices” for helping her along the way.

The New Jersey native’s social media upload came two months after she debuted her post-baby body. Tisdale showed her Instagram followers “before” and “after” photos of her stomach during a May spa treatment.

The following month, the Suite Life of Zack and Cody alum wrote in a blog post that she was not “comfortable” with her postpartum weight.

“I started to fit into some jeans again, but not the size I was wearing before,” the new mom wrote in June. “Everyone keeps saying that it takes time — it takes time growing the baby and it takes time losing the baby weight. And you know what? That’s the truth. … We can’t compare our bodies to each other. Everyone is going to have a different journey and it’s important to not communicate negative feelings towards our own bodies.”

Days before giving birth to Jupiter in March, the singer didn’t have a “warm and fuzzy feeling about” her pregnancy body. 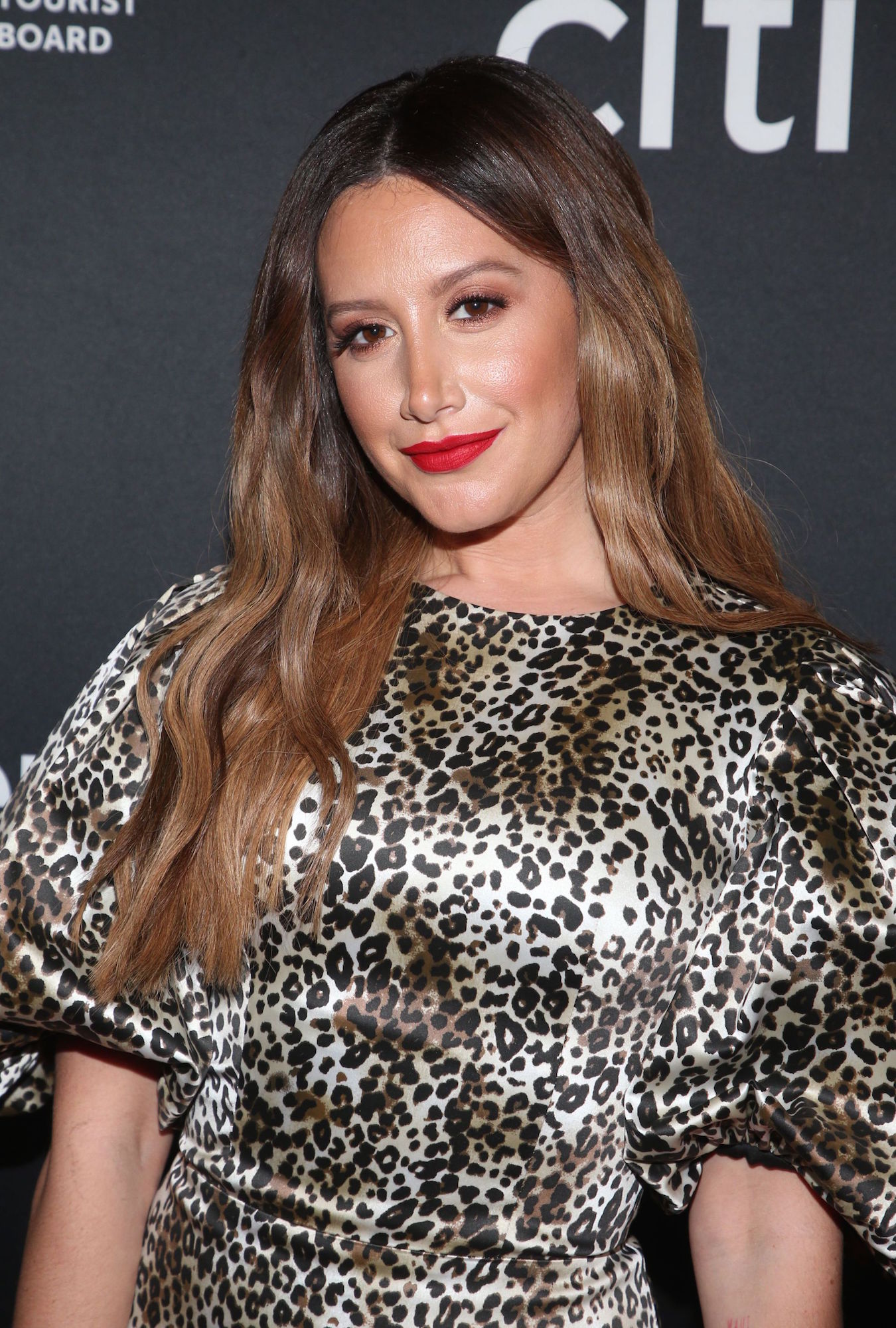 “Don’t get me wrong, I am so proud of my body and I’m so grateful to be able to create a home and grow my little one,” the then-expectant star explained on her blog at the time. “However, seeing my body look so different is still a little startling to me. It’s like I don’t fully recognize myself and almost like an out-of-body experience.”

Tisdale and her husband, Christopher French, announced their pregnancy news in September 2020. The maternity shoot photos came six years after their California wedding.

“It’s OK to not want to start a family right away,” the former Disney Channel star said in a July 2019 birth control ad. “People are always asking me about that, but it’s just not the right time. And I have options out there.”