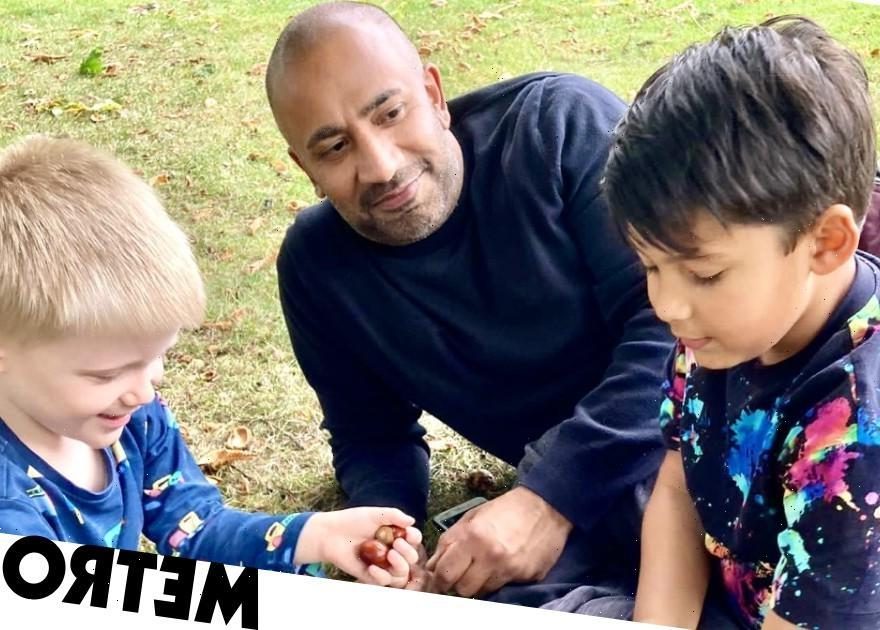 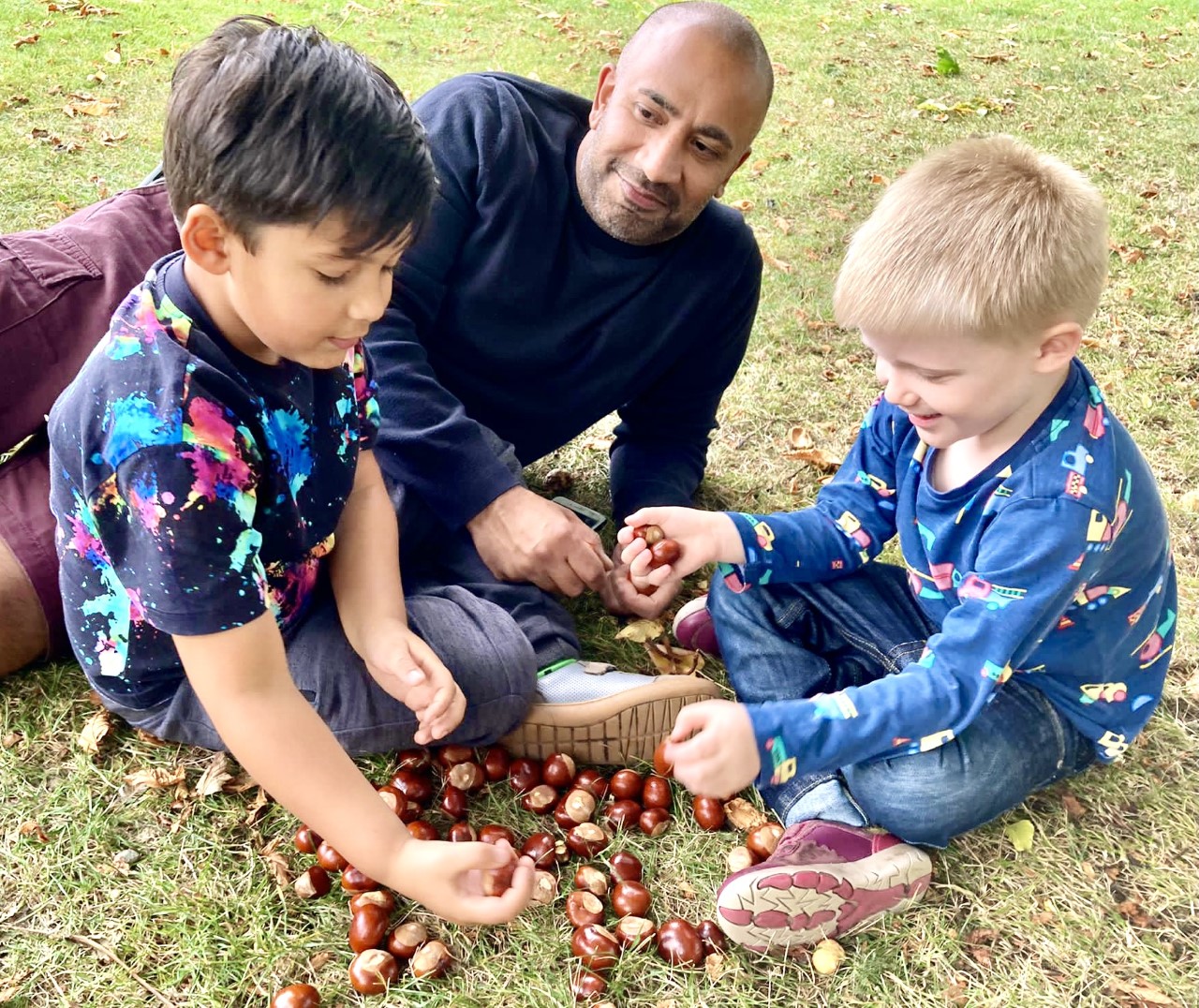 I cannot easily put into words the feelings I had of wanting a family, with children of my own.

I don’t know if this stemmed from an inherent desire to reproduce, or an incredibly strong paternal feeling. I just knew I yearned to be a parent.

So it feels both remarkable and humbling to me now that I, with my same-sex partner, am a father to two boys born through surrogacy. The boys have just celebrated their sixth and fourth birthdays, days on which we also wish their surrogate mother a ‘happy surroversary’.

As a gay Asian man coming to terms with my sexuality during the late 80s, under the shadow of the AIDS epidemic and Section 28 (which prohibited the ‘promotion of homosexuality’ by local authorities), with the added pressure to conform to the Asian community’s norm of getting married, I often found myself in a state of limbo.

It was a time when homophobia was rife in the UK and Asians were, well, just not gay. So, the prospect of having a family with another man was not even a blip on my radar.

It crossed my mind at times that an easy option to have and raise children would be to get married to a woman. But it never would have been an easy or true life.

By my mid-thirties, I was out to my immediate family, a handful of friends and some close work colleagues. The community I lived in had got bored asking questions about me being unmarried by this point: they either assumed I was sterile, gay or ‘just had a weakness and I was not quite a man’. Besides, by then they’d moved on and had other folk to gossip about.

It was in 2009 that, with the help of old-school internet dating, I met the man I’m going to spend the rest of my life with, Vince. Early on in our relationship I brought up the subject of children. He felt the same way as me, and around five years later our journey began.

We considered adoption, however the reception from the council was frosty, our age meant we were unlikely to be immediately considered for a baby or young child, and the process could take years.

As another option, I’d carried out some research on surrogacy in the US and contacted one of the agencies that worked in this area. Firstly, I was taken aback by the cost – upwards of £60,000.

They itemised the cost like a pick and mix list; the donor eggs would be graded by ethnicity, health, age, education… and priced accordingly. Honestly, I felt like I was shopping for a made-to-order baby. Each to their own, but personally commercial surrogacy did not sit well with me.

Our surrogate texted us on our WhatsApp group saying, ‘Congratulations, you are going to be daddies’

If I was going to have children via surrogacy, I hoped to see and meet the actual person that would help conceive our children – the personality. I wanted our children to know their heritage from an early age.

However, when later researching ‘surrogacy’ on the internet, I came across Surrogacy UK (SUK) – a non-profit organisation providing an environment for altruistic surrogate mothers and intended parents to learn about surrogacy, and hopefully form a friendship leading to a surrogacy agreement. Their beliefs very much mirrored ours: trust, mutual respect and above all friendship.

We spent that evening eagerly reading through their website. I will admit I was looking for the catch. Up until then, all the stories on surrogacy we’d ever come across were in soaps, or news stories of birth mothers changing their mind last minute. I guess no matter how reassuring the information we were reading was, I kept asking myself why would someone do this without payment other than reasonable expenses?

It felt too good to be true. I had to keep my feelings in check as it was beginning to start feeling real – and I really wanted it to be!

After signing up, we were visited by a volunteer member from the organisation. The first thing I noticed about her was that she was heavily pregnant. It transpired that she was in fact carrying twins for another couple. This was her second time as a surrogate – her motive was simple; she had completed her family with her husband and had witnessed the sadness of couples who wanted children but couldn’t.

Quite simply, she wanted to give the gift of having a family to someone else. How selfless. I was amazed and reassured these wonderful ladies did exist.

We attended one of the organisation’s biannual conferences where surrogates, intended parents, completed families through surrogacy and legal and health professionals meet. It’s a chance to meet a potential surrogate – but it is firmly in her hands who she may want to get to know, and ultimately help.

Our first conference was a long and exhausting day with social activities finishing at 11pm. After leaving, I remember feeling a little despondent; there were hundreds of couples all wanting a chance to start a family. Two ordinary guys from the Midlands. Why would we get chosen?

It was back to work the following Monday. Unbelievably, that afternoon I received a text saying that a surrogate had spotted us at the conference and liked what we’d written on our profile – a brief synopsis of who we were and our reasons for wanting to be parents. We were asked if we would like to meet her. Of course, we said yes.

We arranged to meet Frankie that weekend and we instantly clicked; it was like we’d been friends forever, no awkwardness, no long pauses. I just remember how happy we all were chatting away. This was followed by more trips to get to know her better, as well as her family and friends including her young son.

From the outset Frankie was happy to be a traditional surrogate using her own eggs – her view was ‘well, I’m flushing my eggs down the toilet every month, why waste them?’. It was this almost flippant but matter-of-fact attitude we loved about her. After building up our friendship over four months, we started trying to conceive.

After our third attempt, we got a positive test.

Frankie text us on our WhatsApp group saying, ‘Congratulations you are going to be daddies’. She sent a picture of the test stick, with two lines on it – one was barely visible, nevertheless it was a positive test. Receiving this news was a defining moment in our lives.

Our first son was born in July 2015 at Gloucester Royal Hospital. As we drove to the hospital, it felt surreal – almost like we were going on holiday, except this journey was going to change us forever.

We were present for the birth, along with Frankie’s mother who acted as her birthing partner. Thankfully it was very straightforward. As I was the biological father for our first born, it felt symbolic for Vince to cut the umbilical cord. And have the first skin to skin contact.

I laughed out loud looking at this tiny baby with its just-born bluey grey tone wrapped in a white towel resembling an image of ET, but he was quiet and calm and perfect. He was our son.

We looked at each other and could tell we had the same thought – Frankie, our best friend, had just made the ultimate sacrifice for us.

Almost exactly two years later, in July 2017, we welcomed our second son – conceived from Vince – again helped by Frankie. This time I cut the cord and made the first skin to skin contact. Our family was now complete.

We can’t express our gratitude to Frankie and all that she has done for our family. From playing our voices narrating the story of The Very Hungry Caterpillar to our unborn children, to gracefully and safely bringing them into our lives, it’s beyond belief we have met such a selfless human being – not to mention all the other surrogates in the UK that make dreams come true.

Every morning I kiss the heads of my boys, taking a long inhale, feeling eternally grateful to having a family of my own.

We have been given the ultimate gift anyone could receive, from the most amazing person. A cherished card in our memory book simply reads, ‘Thank you for trusting me and letting me carry YOUR babies – I feel honoured, Frankie’.

But it is us who will always be eternally thankful to her.