The handwriting is often messy, the instructions sometimes contradictory.

But three handwritten documents apparently prepared by Aretha Franklin show that the singer was indeed thinking about the fate of her estate.

Franklin was thought to have left no will when she died Aug. 16 in Detroit, prompting many to wonder why a figure of her stature would neglect such an essential task.

But the three documents submitted this week to Oakland County probate court, said to have been found in her residence, reveal that she did put in an effort. Two are dated 2010, while the other — said to be in a notebook found under the cushions of a living room couch — is marked 2014. 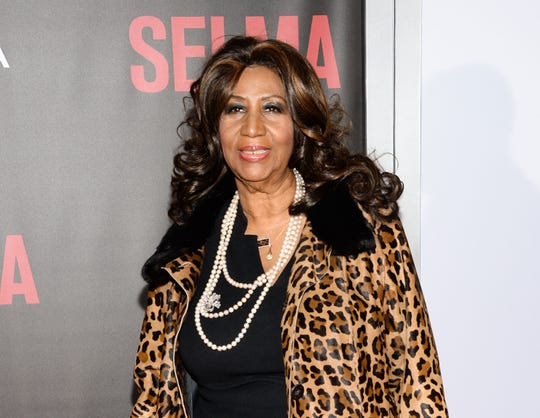 The documents show that the singer did give extensive thought — albeit in her own idiosyncratic, sometimes haphazard way — to how her financial matters should be handled after her death. At times affectionate, at times catty, they’re a peek into Franklin’s carefully secluded private world.

The handwriting in the documents, obtained Tuesday by the Detroit Free Press, has not been confirmed to be Franklin’s. A June 12 hearing has been scheduled on the matter.

Here are some takeaways from a close reading of 16 pages — which are often difficult to decipher due to the handwriting and frequent additions and strike-throughs:

• The earliest handwritten will is dated June 21, 2010 — several months before Franklin canceled upcoming tour dates while revealing but not naming a medical issue.

In the document, she declares that she is of sound mind and health, “with the exception of high blood pressure” and “a mass on the pancreas.” Franklin, who spent the next eight years periodically disappearing from public view, ultimately died of pancreatic neuroendocrine tumors.

• Franklin was being paid $100,000 annually in royalties by Warner Bros., parent company of Atlantic Records, the label that released hits such as “Respect.” The company also held an account with deferred royalties, totaling $1.6 million as of 2010.

Such an arrangement is unusual in the record business, and it’s unexplained why Franklin or Warner set it up that way. But by receiving just $100,000 yearly, Franklin would have reduced her tax burden.

• Franklin clearly attempted to be fair to her four sons. While assorted details change between 2010 and 2014, she seemed intent that the sons — Clarence, Edward, Teddy and Kecalf — be treated equitably. She frequently writes that particular assets are to be “evenly distributed” among the latter three, while detailed provisions are outlined for Clarence, who has special needs.

In the 2014 will, Franklin wrote that her song copyrights and her stake in the pending MGM film about her life should go to the sons, who were also to receive her gold records and awards. Property including her piano, records and CDs were earmarked for the sons and her grandchildren, while funds from several bank accounts were to be “split evenly” among various family members, including nieces and a cousin.

In 2010, she wrote that her “jewelry, furs, fine furnishings, music, art, copyrights would belong to my estate or to be divided equally to my children.”

She also designated $50,000 in the 2014 will for her half-sister in Memphis, Carl Ellan Kelley, born in 1940 as the daughter of the Rev. C.L. Franklin. “We have different mothers,” Aretha Franklin noted in the document. (Kelley died in January 2019.)

The Queen of Soul also suggested that her “papers” be given to colleges or auctioned, and she asked that her gowns be auctioned by Sotheby’s or donated to the Smithsonian Institution. 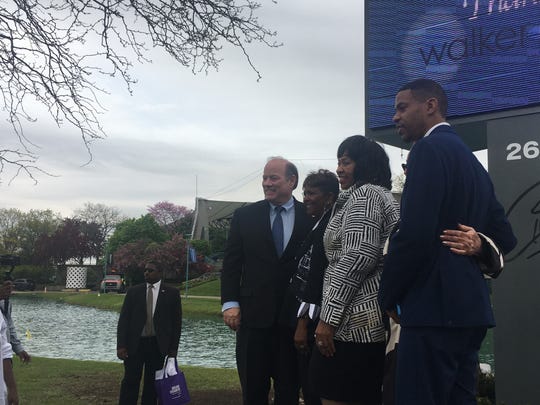 • She names Edward Jordan Sr. as the father of her eldest son, Clarence, born when she was 12. Jordan was already publicly known as the father of the singer’s second son, Edward Franklin, born two years later. But Clarence’s father has typically been cited by biographers and others as a schoolmate named Donald Burke.

In the 2010 will, Franklin declares that Jordan is to “never receive or handle any money or property belonging to Clarence.”

“He has never made any contribution to his welfare, future or past,” Franklin writes, underlining “never” for emphasis.

• Franklin takes jabs at various lawyers and other professionals who worked for her. They include a Southfield accountant she claims “cost me roughly $90,000 by not reminding me I had only partially paid taxes for the year 2008.” In the 2010 will, she describes one lawyer as “my primary but grossly inefficient attorney.”