Rumors about a reported feud between the two partners have persisted a while now, but are Prince William and Prince Harry still fighting? Things are reportedly looking like they’re on the up and up! On Easter 2019, Prince William and Kate Middleton paid Prince Harry and Meghan Markle a visit at their new home, Frogmore Cottage. A family spending Easter together — royal or not — is pretty standard stuff, but this particular Easter celebration reportedly had a deeper meaning. According to The Mirror, the visit reportedly took place because Kate urged Harry to invite William. Harry’s invite reportedly served as a sort of "olive branch" between the two brothers. Elite Daily reached out to the palace for comment and did not hear back in time for publication.

I know what you’re thinking. Kate encouraged Harry to invite William? Why didn’t she encourage her own husband to make the first move towards reconciliation? Well, according to The Mirror, Kate and Harry reportedly share a "a very close bond." In fact, a palace source told The Mirror that “Harry has acted as counsel to his brother throughout William and Kate’s more turbulent years, and the three of them had gone on to form the most tremendous partnership.”

And then there’s the fact that Kate is a pretty badass queen-to-be who reportedly fully understands the importance of the two brothers getting along. The same source told The Mirror that she is "acutely aware of the importance of William and Harry getting along, not just because of perception but their collective responsibility to the monarchy as a whole." 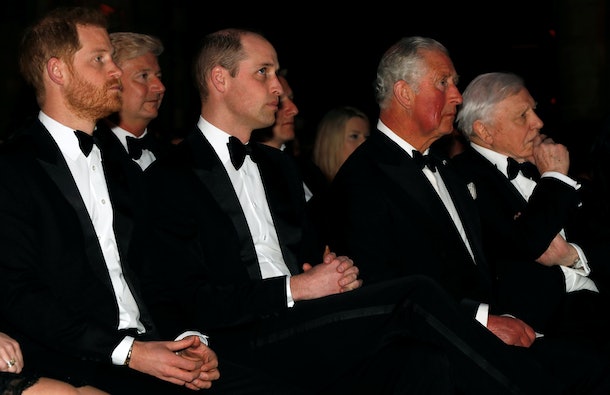 Luckily for "the monarchy as a whole," the reported olive branch has reportedly been served and accepted, so we can (hopefully) kiss all of these reported royal feud rumors goodbye once and for all!

OK, for those of you who weren’t even aware that there was any sort of feud potentially going on between the two royal brothers, let me give you a little refresher. Basically, after months and months of speculative gossip that there was some sort of feud between Meghan Markle and Kate, tabloids decided that the two ladies really were cool with each other (a source told Elle.com in January of 2019 that the stories of their feud are "overblown" and that the two women have "enormous respect for each other") and that the real drama was going down between their husbands. 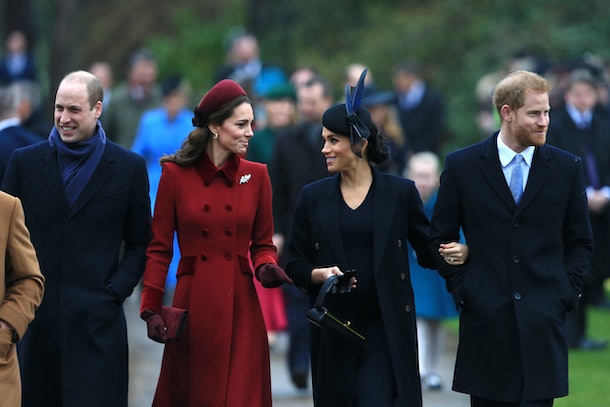 In April of 2019 an insider told People that the feud began when William, who dated his college sweetheart Kate for eight years before popping the question, reportedly warned his brother that things were moving too quickly between him and Meghan. Obviously, considering the fact that he went ahead and married her anyway, Harry didn’t pay too much attention to his brother’s alleged advice, but the insider told People that the conversation reportedly left Harry feeling "angry and hurt."

And it looks the reported feelings of anger and hurt reportedly didn’t dissipate after Harry tied the knot. In fact, according to reports from The Sun back in November of 2018, the tensions were reportedly one of the reasons why Harry and Meghan decided to make the move to Frogmore Cottage in Windsor ahead of her brith. "There has been a bit of tension between the brothers," The Sun reported in November 2018. "Now Harry and Meghan don’t want to live next to William and Kate and want to strike out on their own. They need more room and hope Frogmore Cottage will be ready in time for when they have the baby.”

The two officially made the move in April of 2019, just in time to welcome their firstborn son on May 6, 2019.

So happy that the baby is coming into a world in which any sort of drama, real or not, has reportedly been put to rest.