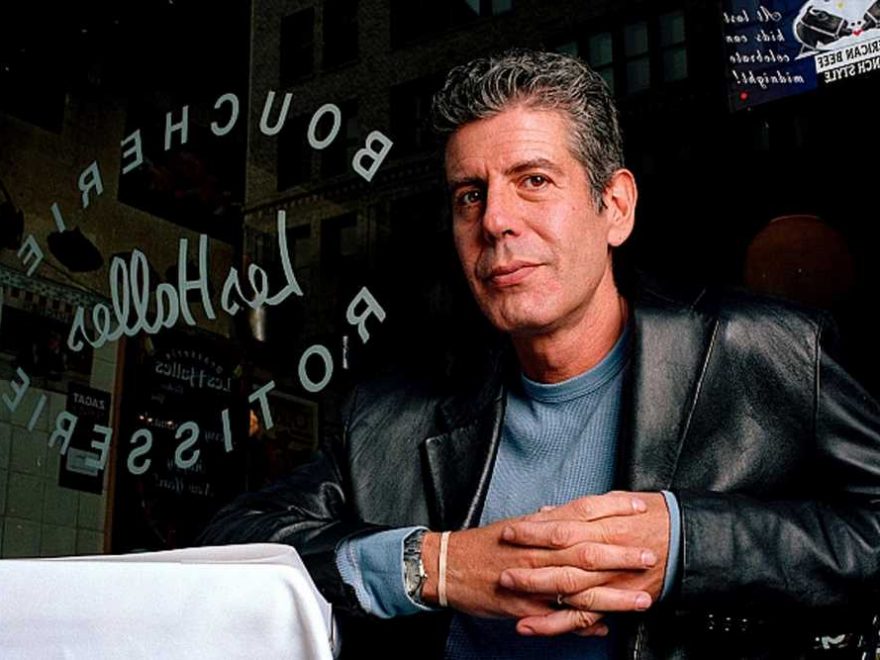 Anthony Bourdain’s possessions to be auctioned off online

Anthony Bourdain ‘keepsake’ book for daughter will be released

Anthony Bourdain’s former Manhattan restaurant, Brasserie Les Halles, is being recreated for one weekend in July — as part of a new documentary on the late food icon.

The pop-up created by Focus Features and Resy will run July 9 – 11. The doc on the top toque and TV personality, “Roadrunner: A Film About Anthony Bourdain,” premiered at the Tribeca Film Festival last weekend.

The menu at the pop-up brasserie — in its original Park Avenue South location — is a collaboration with former Les Halles owners, Philippe Lajaunie and Jose de Meirelles.

A prix fixe menu will be $95 and include French onion soup, steak frites with au poivre sauce, and dessert. Early ticket access via Resy will begin for American Express members June 22 before tickets go on sale June 24.

Bourdain began as executive chef at the the bistro in 1998, and the eatery was the backdrop for his best-selling tell-all, “Kitchen Confidential.” Bourdain went on to host eating-adventure show “No Reservations,” as well as “Parts Unknown,” and authored nine books.

He maintained a relationship with Les Halles until it closed down in 2017. The restaurant also previously had another location further downtown on John Street.

In 2008, when Bourdain had become become a foodie TV star, he was still “at large” for the restaurant, and told The Post at the time: “I went back to do a double-shift at Les Halles for the show, and I gotta say it’s a young person’s game – it’s physically taxing. There I was, and everyone was looking at me skeptically, the new guy again. I was getting the fish-eye from the head chef, who is a guy that used to work for me in the kitchen, and he was looking at me like I was a real liability. The only thing I miss about it is the adrenalin and the rush. If I miss the food, I can cook for friends.”

Bourdain died in 2018 at age 61. He was in France working on an upcoming episode of his CNN show when he was found in a hotel room by chef pal Eric Ripert.

The new movie on Bourdain is by director Morgan Neville, who won an Oscar for the 2014 documentary, “Twenty Feet From Stardom.”