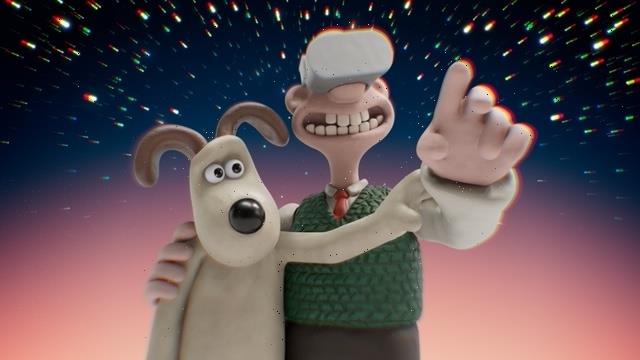 For the past six years the Annecy Animation Film Festival has looked to entrench VR producers within the global animation community.

After launching a dedicated showcase in 2016, introducing a full-on competition in 2019, and keeping the VR component active for two years of hybrid and online-only editions, this year’s return to full force will spotlight eight VR projects in competition, alongside three work-in-progress screenings, a pitch session, and a series of wide-ranging conferences dedicated to future of the medium.

“Our program reflects the diversity and richness of VR today,” says XR program head Arnaud Miquel. “Annecy has always been a place of experimentation, and from the moment artists take hold of this medium to do something new, we want to support them and give them visibility.”

“We can consider live action, but there must be a contribution from animation in the artistic development of the work,” Miquel explains. “Even the more experimental titles remain narrative. They share a purpose and are more than interactive games.”

A similarly ontological concern lies at the center of this year’s bulked up industry program, which looks to bolster and enshrine the animated VR film as a viable standalone medium.

“Animated VR is at the crossroads of the extremely popular and lucrative industries of animation and video games,” says Miquel. “We’re dealing with relatively new professions and new technologies. Traditional training is not always very developed in this area, so those who do have the skills get pulled towards one pole or the other. We want to help people develop careers [in this new field.]”

The three works-in-progress screenings will in effect double as case studies exploring that point from an artistic end. Mathias Chelebourg’s gothic experience “The Canterville Ghost” can host up to one hundred participants at once, opening itself up as both an auteur work and a shared social experience; the presentation for the “Wallace & Gromit VR Experience” will focus on adaptation, not only of well known IP but also between stop-motion and VR; and the mortality focused “Nana Lou” will show how immersive projects can tackle major questions in a dynamic way.

For other practical concerns, Annecy will host a series of conferences grouped together under the title “Back to the Future of VR” on June 14. The four talks will focus on financing, technological innovations, professional training, and general troubleshooting, all with an eye on developments to come.

“We’re in an ever evolving field,” says Miquel. “Our partners are looking for the right economic models, the right distribution models, and the best ways to attract the public. So it is very important to us that Annecy should try to take some responsibility in helping answer these questions.”