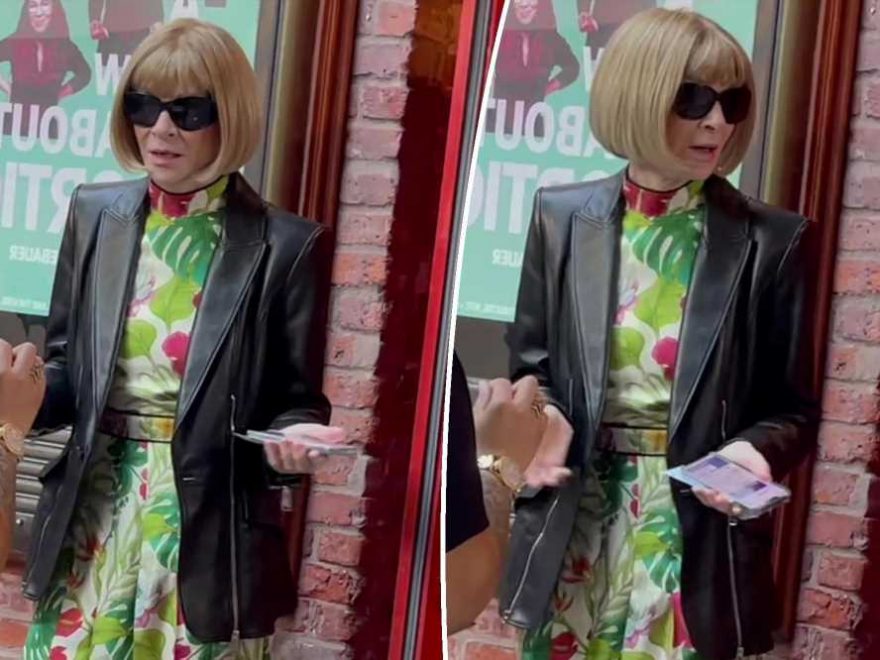 Upon arrival at the Cherry Lane Theatre, Vogue’s editor-in-chief – who was rocking a pair of sunglasses, naturally – had to present proof of vaccination in order to enter the venue.

While Wintour, 72, had no problem showing her vaccine card, a health compliance worker then asked for a photo ID, a protocol for all attendees.

The “Devil Wears Prada” inspiration, who was only carrying her phone at the time, was seemingly flummoxed by the request, as seen in footage captured by Page Six.

The video also shows a publicist quickly jumping in to let the health worker know that it was fine for the legendary editor to be let in without proof of identification.

Wintour then made her way into the theatre for the opening night of Alison Leiby’s “Oh God, A Show About Abortion.” She attended the one-woman show with her 34-year-old daughter, Bee Shaffer.

A rep for Vogue did not respond to Page Six’s request for comment. 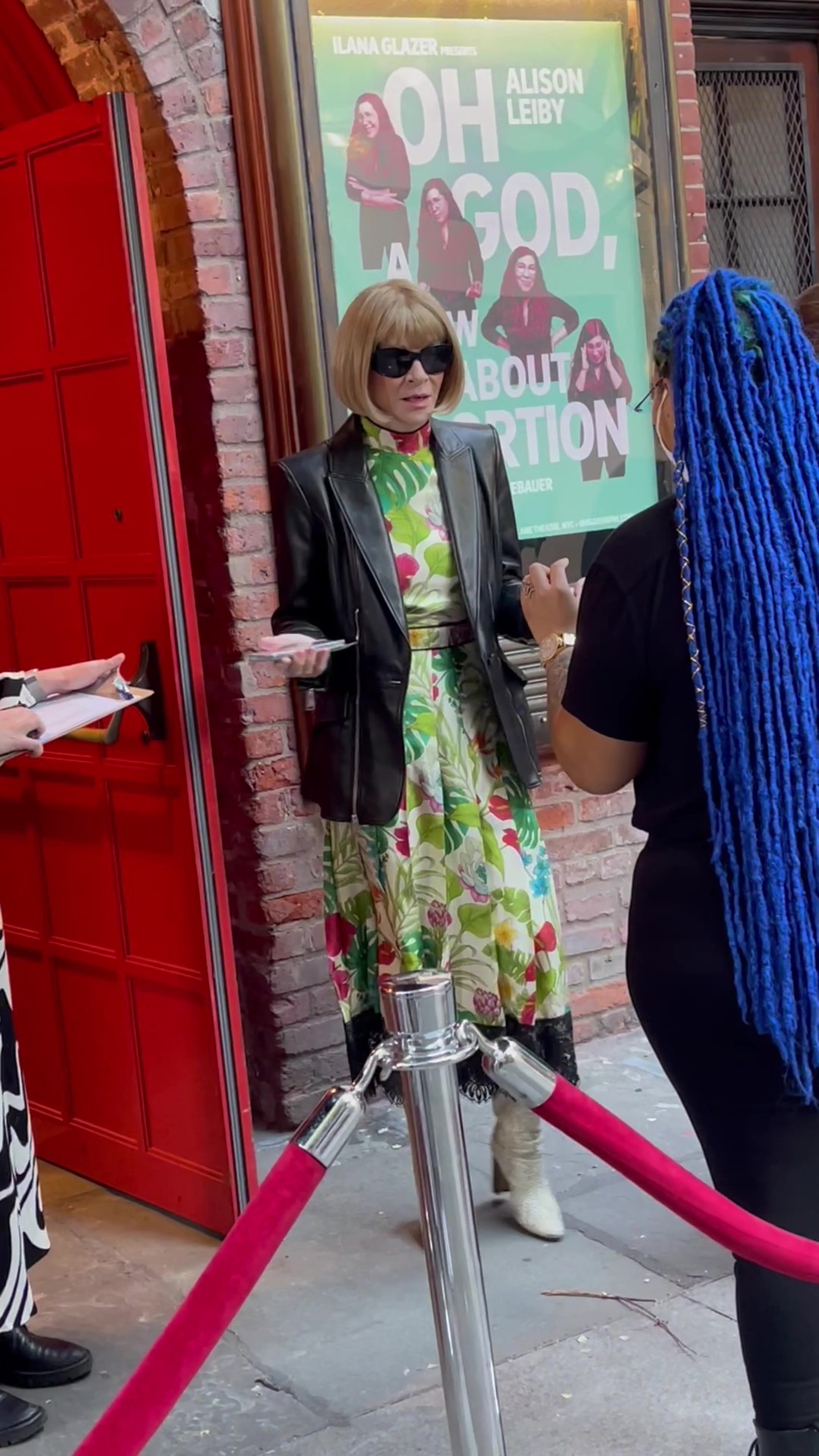 Other stars at the Ilana Glazer-produced show included “Sex and the City” star Cynthia Nixon. The activist told Page Six that she’s fearful for the future amid the Supreme Court’s drafted opinion to overturn Roe v. Wade, the landmark decision that legalized abortion nationwide. 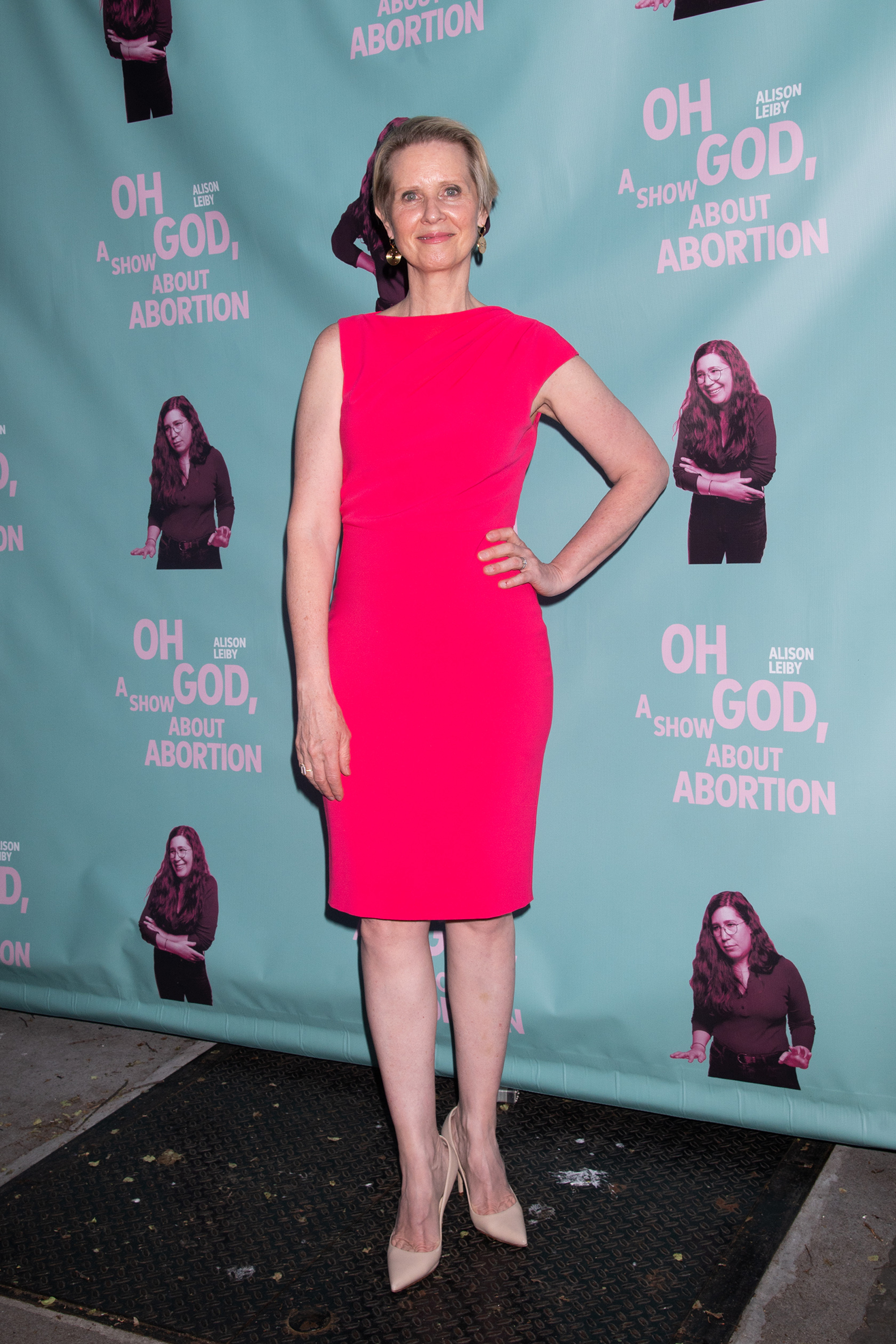 Nixon told Page Six that the controversial topic hits extra close to home, as her mother, Anne Elizabeth Knoll, had an illegal abortion back in the day.

She said she was told about it when she “was pretty young, but old enough to understand.”

As previously reported, a leak of the Supreme Court draft was first published by Politico last week. Plenty of celebrities have weighed in on the matter, including Whoopi Goldberg and Phoebe Bridgers.