Angelina Jolie was “honored” to meet the “brave” US gymnasts who appeared on Capitol Hill to testify about the FBI’s botched investigation into their allegations of sexual abuse against former team doctor Larry Nassar.

The “Maleficent” star shared a photo of herself standing with some of the former and current athletes on Wednesday before they appeared before the Senate Judiciary Committee.

“I’m in awe of their courage and commitment to preventing future failures to investigate abuse,” she captioned the photo with gymnasts including McKayla Maroney, Aly Raisman, Maggie Nichols, Kaylee Lorincz and Jessica Howard.

“As Aly Raisman said in her testimony, ‘Over 100 victims could have been spared the abuse. All we needed was one adult to do the right thing.’ Sending support and respect to them, and to all who are reliving this trauma so that system reforms can occur,” she added.

Jolie, 46, further explained in the caption that she was in Washington, DC, to meet with senators about the “Violence Against Women Act reauthorization and FBI reforms.” 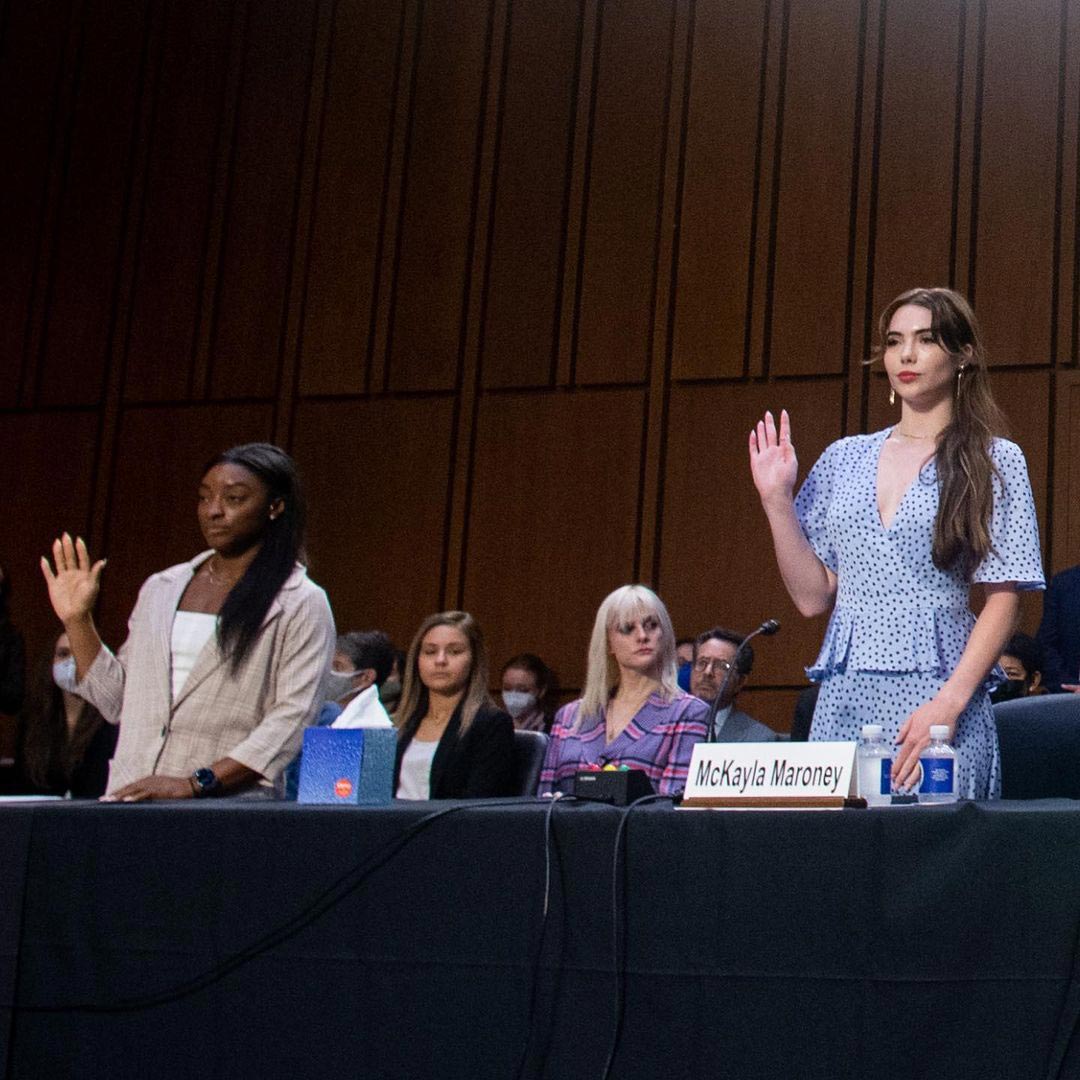 Aquilina said: “Sir, I hope that — sir. I hope you are shaken to your core. Your victims are clearly shaken to the core.”

Addressing the victims later, the judge said: “You are no longer victims. You are survivors. You’re very strong.”