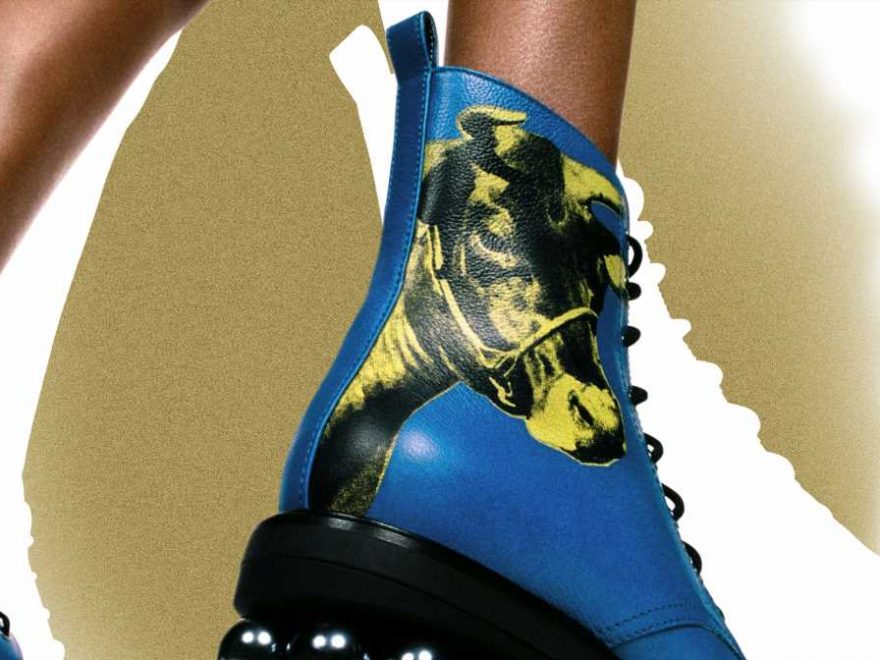 LONDON – Nicholas Kirkwood is ringing in the Year of the Ox, and signalling a fresh start for his newly-independent brand, with a capsule collection in collaboration with The Andy Warhol Foundation for the Visual Arts.

The collection, which launched Friday, is exclusive to Farfetch and to the Nicholas Kirkwood website. It includes all four versions of the artist’s cow series, which first covered the walls of the Leo Castelli gallery in New York City in 1966.

The cows appear in repeat on the Beya loafer. Kirkwood looked to mimic a technique that Warhol often used, stitching identical photographs together to produce one image.

By contrast, a single cow appears on the Casati boot. The image is wrapped around the ankle as if the animal is peeking around a corner. The boots are priced at 945 pounds, while the loafers cost 475 pounds.

Warhol’s original cows were screen-printed in two-tone, Day-Glo colors, and each combination has been replicated for the capsule: fuchsia on yellow, orange on lilac, yellow on blue, and light pink on purple.

Warhol holds a special place in Kirkwood’s mind and heart. He remembers his father taking him to a Warhol show when he was a child.

In an interview, Kirkwood said he recalls wondering why the artist made the same picture over and over again. 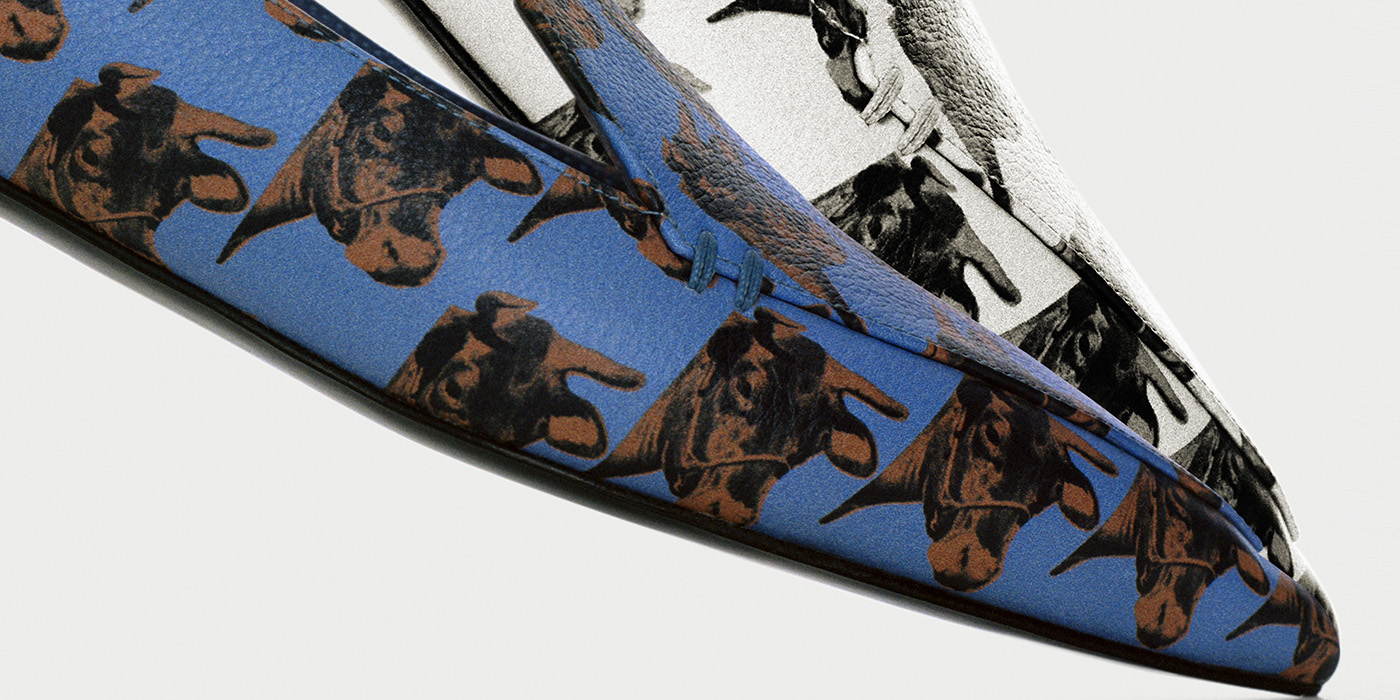 “It was the first time I came face-to-face with something that looked modern – something that wasn’t just a picture on a wall,” said Kirkwood, who would eventually write a dissertation on the artist, and continue to appreciate his work.

Kirkwood said he was intrigued by Warhol for reasons that go beyond art. “Andy Warhol was at the center of the storm, with all of this craziness around him – but he was also the calm in the storm,” said the designer.

Michael Dayton Hermann, director of licensing, marketing and sales of The Andy Warhol Foundation, said the project illustrates Warhol’s “continued influence on contemporary culture, and provides meaningful revenue for the philanthropy he established.”

Now at the helm of an independent business, Kirkwood said he’s planning more standalone, direct-to-consumer initiatives on his own website and through pop-up stores. 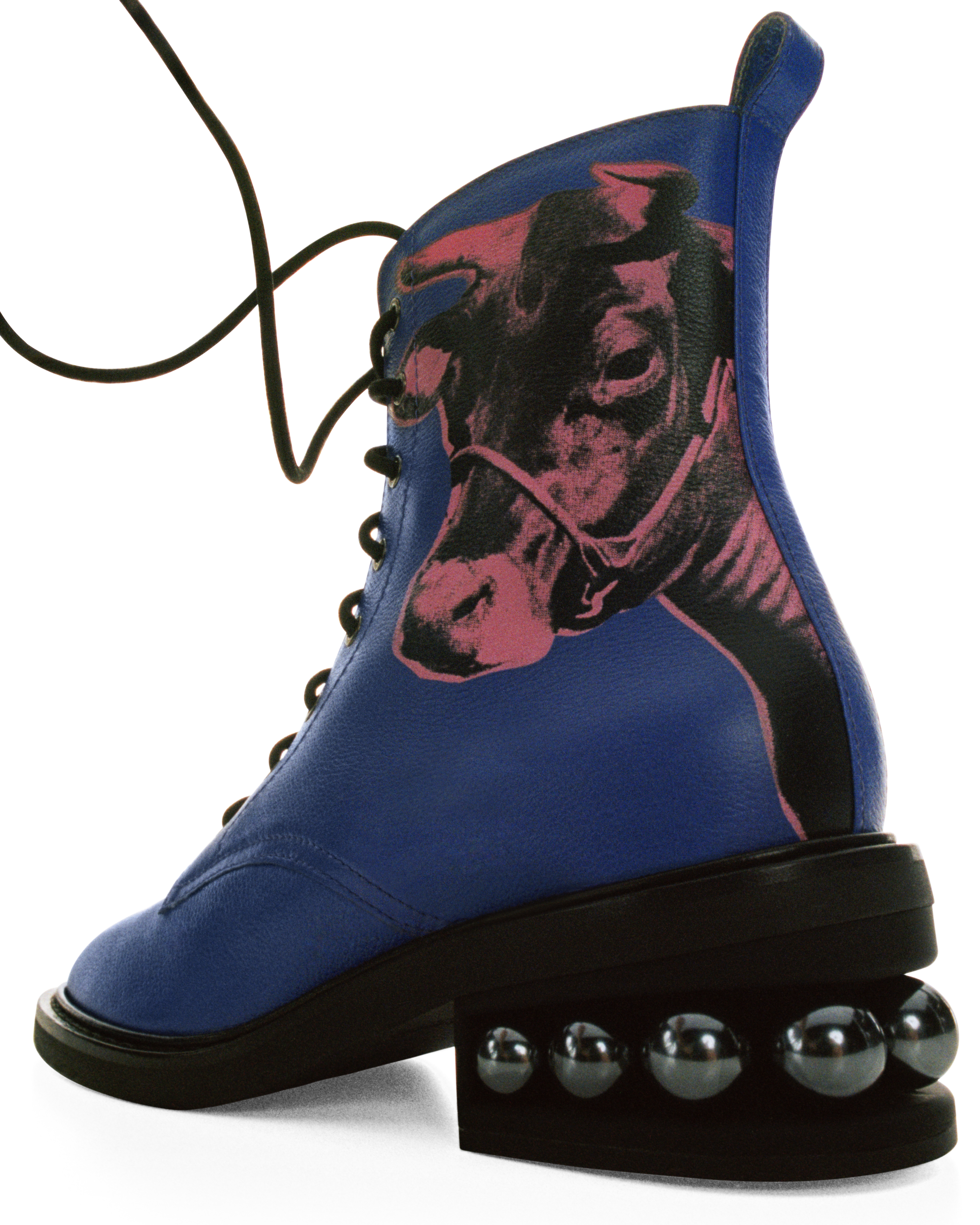 He will also be treating 2021 as a “year of transition,” recasting the brand, taking a fresh look at the website, exploring new business models, and focusing on direct-to-consumer sales.

He described the Warhol collaboration as a “visual, fun project to kick off the year,” and said it was invigorating to be able to execute it in such a short period of time.

Kirkwood, who shut his Mount Street boutique in Mayfair last year during lockdown, said the future will be about more engagement, pop-ups, immersive experiences and exclusives for his own site and with online retailers such as Farfetch.