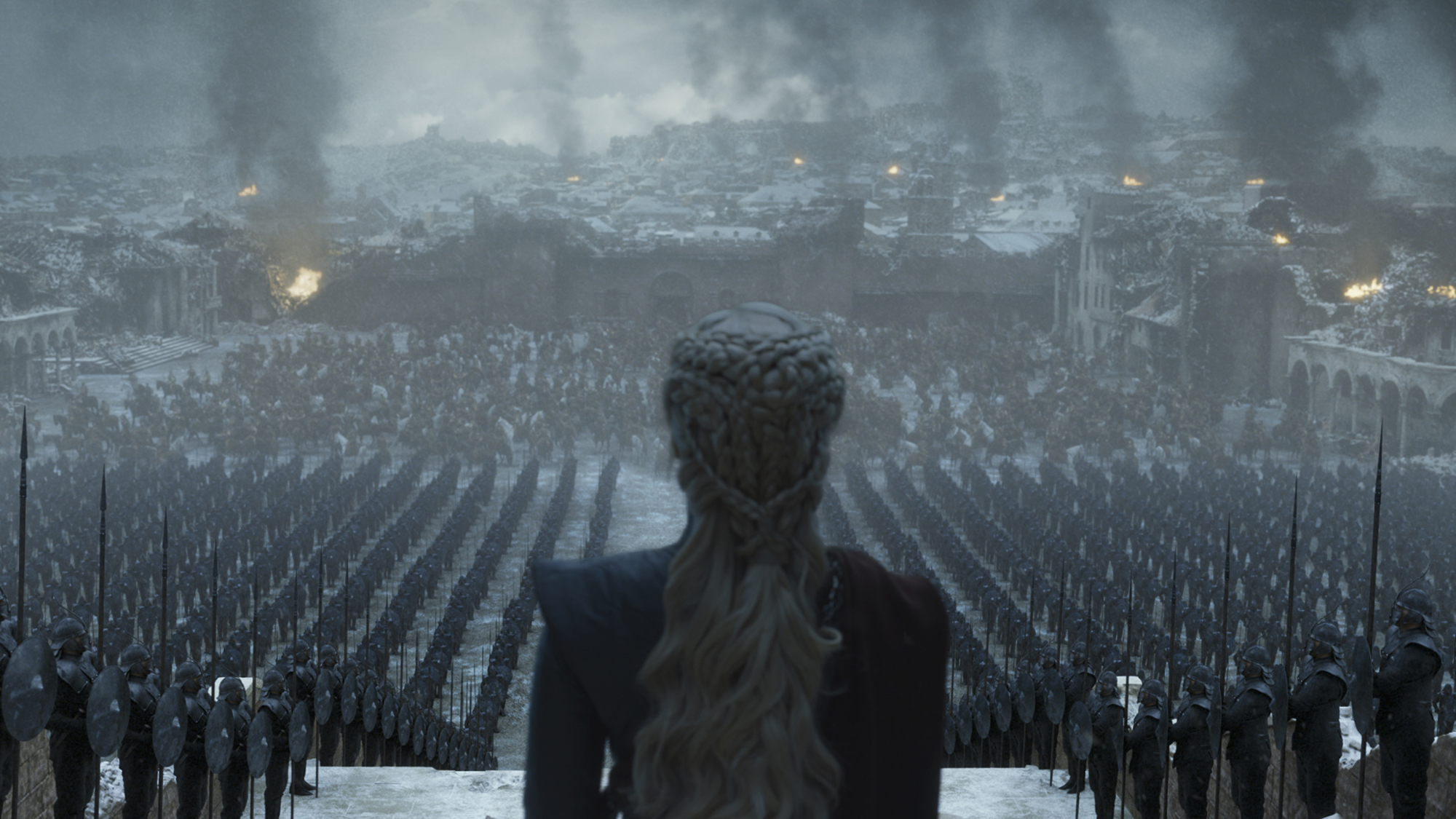 It all ends here. After eight seasons of high drama in the seven kingdoms, Game of Thrones aired its series finale on Sunday, May 19. Who won? Who died? What happened?

Spoilers ahead, but to answer the last question first: not much. Here’s how the show ended things in its long-awaited conclusion.

The Fate of the Dragon Queen

After Daenerys Targaryen (Emilia Clarke) sacked King’s Landing in the penultimate episode, we open with Tyrion (Peter Dinklage) walking through the city and observing the carnage. There are a few shell-shocked survivors, but most of the city’s citizens have been reduced to ash or smears on the wall — and the Unsullied are still executing whoever’s left, as Daenerys pledges to keep on warring until they “break the wheel.” Tyrion is immediately taken prisoner and expects to be executed for treason, which leaves just one man to do the necessary thing… if he can. Jon Snow (Kit Harington) hedges at first, but when he sees Daenerys standing in front of the Iron Throne and gets to see her megalomaniacal power madness right up close, he makes his decision. He kisses her passionately… and stabs her dead.

With Daenerys’ corpse carried off to parts unknown by Drogon, the remaining houses of Westeros must try to make peace with her armies. (Sidenote: Drogon definitely ate Daenerys’ corpse, right? Discuss.) Tyrion is brought before the surviving lords and ladies, including the Starks, plus contingents from Dorne, the Iron Islands, the Eyrie, etc. After some discussion — including Samwell Tarly (Jon Bradley-West) getting mercilessly mocked for suggesting a straight democratic election — Tyrion nominates Bran “the Broken” Stark (Isaac Hempstead-Wright) as King, and everyone agrees, except for Sansa (Sophie Turner), who asserts the right of the North to remain independent, forever. And that’s that! All hail Bran Stark, lord of the seve— er, six kingdoms. Sorry, it’s just gonna take some getting used to.

From here on out, it’s all about tying up loose ends: Bran names Tyrion his hand. Grey Worm (Jacob Anderson) watches unhappily as Jon is sent to the Night’s Watch instead of executed. Arya (Maisie Williams) plans to go exploring “where the maps stop.” Brienne (Gwendoline Christie) finishes Jaime Lannister’s (Nikolaj Coster-Waldau) entry in the Big Book of Knights. The small council gets down to the business of rebuilding. And while fans are probably going to be extremely dissatisfied overall with this episode, here’s at least one thing they can celebrate: when Jon arrives at Castle Black, he’s greeted by Ghost. AND HE PETS HIM. We hope you enjoyed this, because each one of the three seconds it lasted cost $1 million dollars in CGI.

And as the show draws to a close, we see our Starks — the family who introduced us to this crazy, wild, Westerosian drama — all in their proper places. Bran is King of everything. Arya is on a ship bound for who-knows-where. Sansa is crowned Queen in the North at Winterfell. And Jon, back in command of the Night’s Watch, sees the series end where it all began: beyond the Wall, where winter has come … and gone, leaving a few blades of fresh, green grass peeking up through the endless snow.