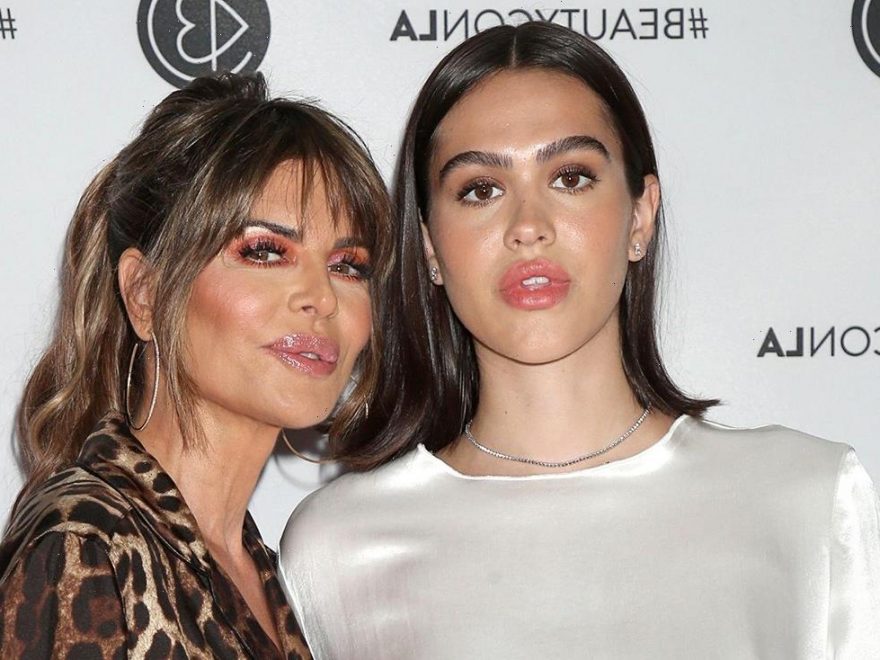 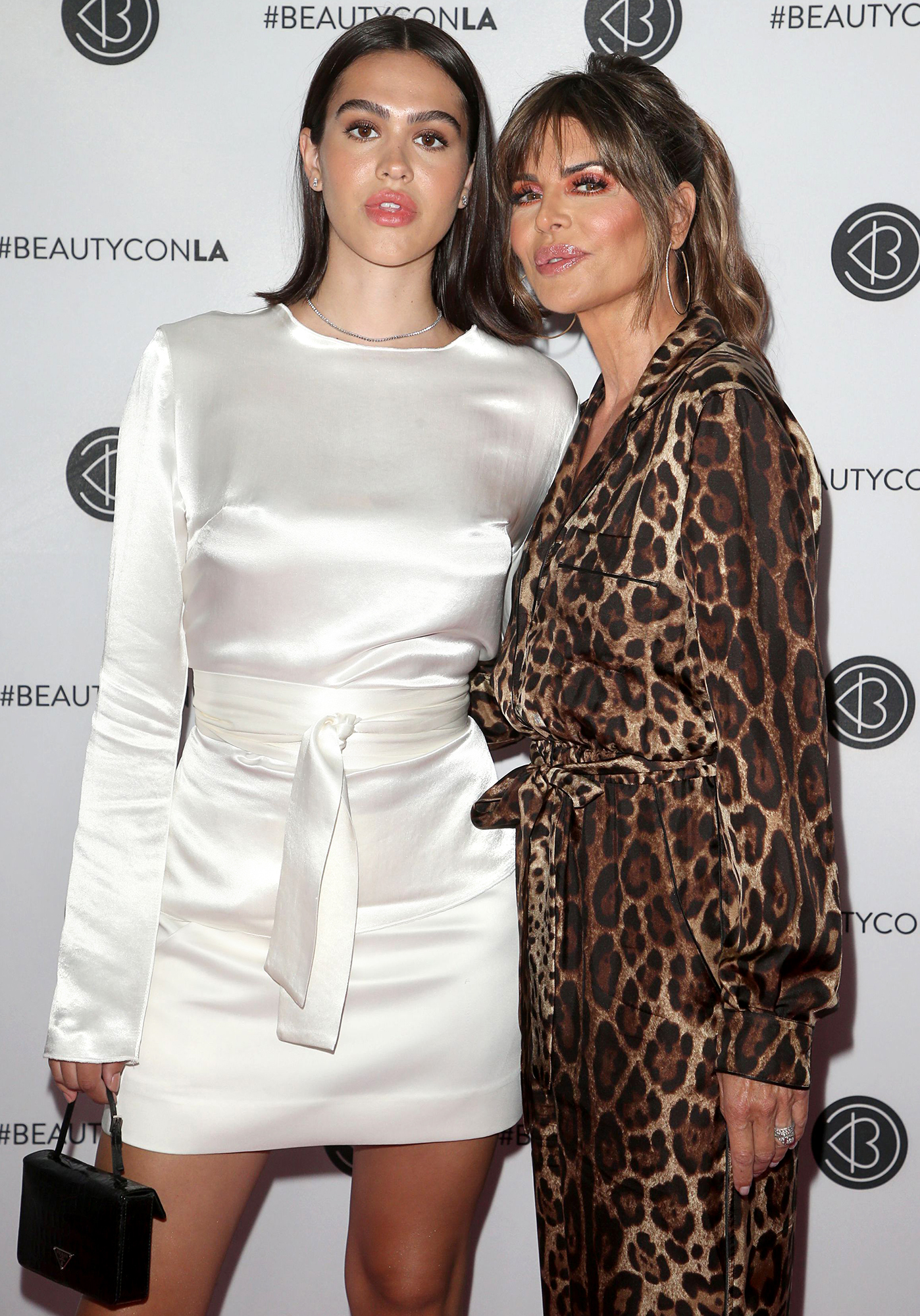 Busted! After Lisa Rinna shared a fun video of her two daughters dancing via TikTok, they admittedly weren’t too pleased with the new viral content.

“No way you posted this,” Amelia Gray Hamlin commented on the 58-year-old Real Housewives of Beverly Hills star’s Instagram post of the video on Sunday, December 26. “Plz no. Like we said we’d do it for you not for the internet thank y.”

The Days of Our Lives alum succinctly replied to her 20-year-old daughter, “Of course I did. Duh.”

While the two Hamlin sisters are front and center in front of their Christmas tree, Delilah’s boyfriend, Eyal Booker, stood a step behind them and participated. The former Love Island UK contestant, 26, was equally unenthused about his involvement in the TikTok clip. 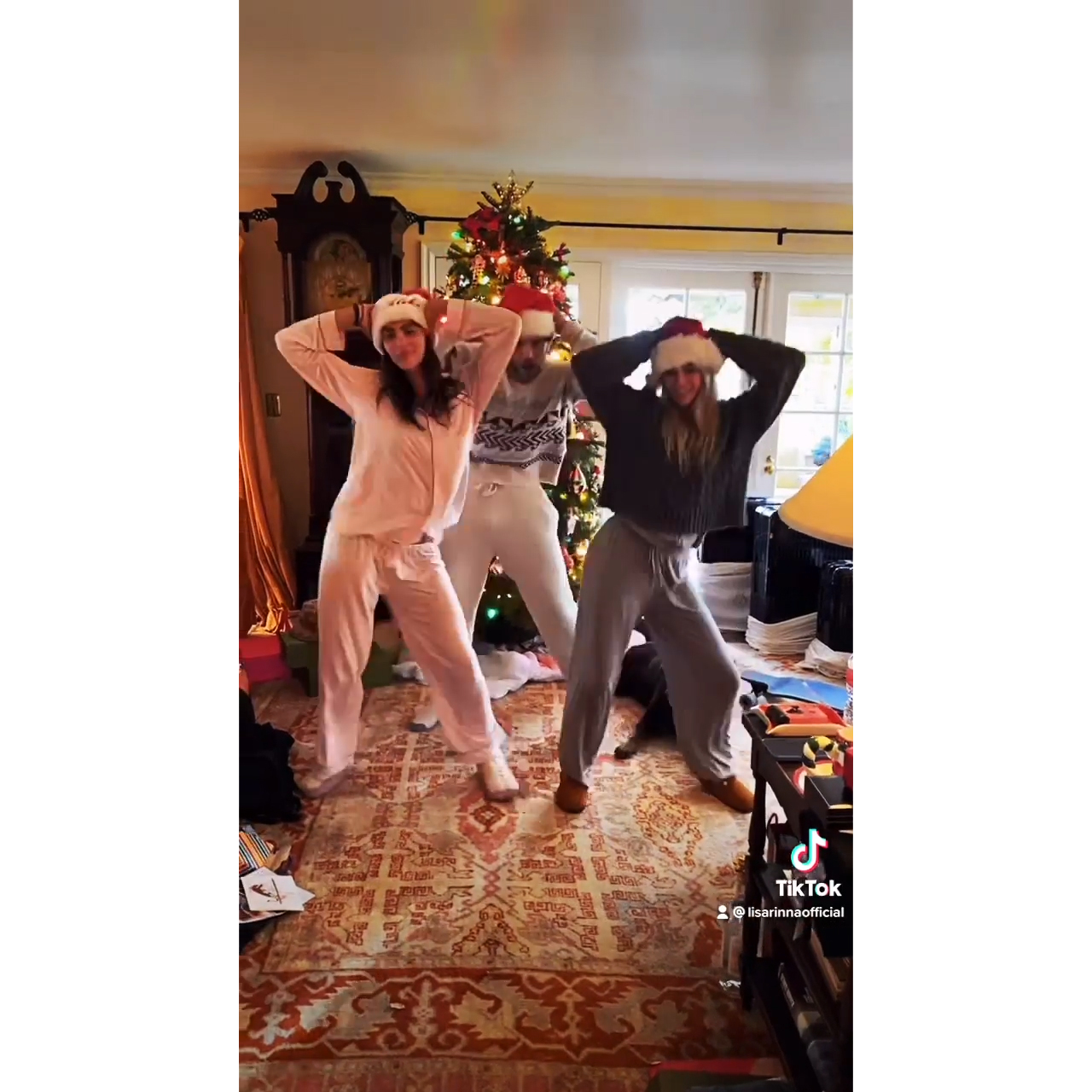 While the kids were mortified of Rinna’s social media savviness, not everyone felt the same way. Dorit Kemsley, who costars with Rinna on RHOBH, commented, “It’s too good,” after watching their Christmas dance.

While Amelia was mortified over her starring role in an impromptu music video for the 76-year-old British crooner’s 1978 hit song, she was seemingly more on board with a different video that her mom shared from their festivities.

Amelia, for her part, commented, “My solo.”

The Rinna-Hamlin household was joined by Booker’s family for a joint Christmas Eve and Shabbat celebration on Friday, December 24.

“Happy Holidays from mine to you & yours 🎄🎅 This year was a Perry special one. Our families met for the first time over Christmas and it meant a lot that we could all spend this time together,” the England native — who’s been dating Delilah since 2019 — captioned a series of Instagram snaps of Sunday, gushing over their blended families. “Missing the ones that weren’t here but definitely was a Christmas I won’t forget 💫 Ps swipe to see last pic… duhh Ofc we all tested before! Peace & Love ❤️.”

This TikTok exchange is hardly the first time that Rinna’s social media activity has embarrassed her children. Earlier this year, Rinna made headlines for publicly supporting Harry Styles — and wishing Amelia would date the 27-year old “Kiwi” crooner instead of her ex, Scott Disick — via Instagram.

After resharing a fan’s TikTok video of Styles dancing around the stage at one of his “Love on Tour” concerts, Delilah trolled her mom, writing, “Just wondering, how many times are you going to post this?”

Listen to Getting Real with the Housewives, your one-stop destination for Housewives news and exclusive interviews