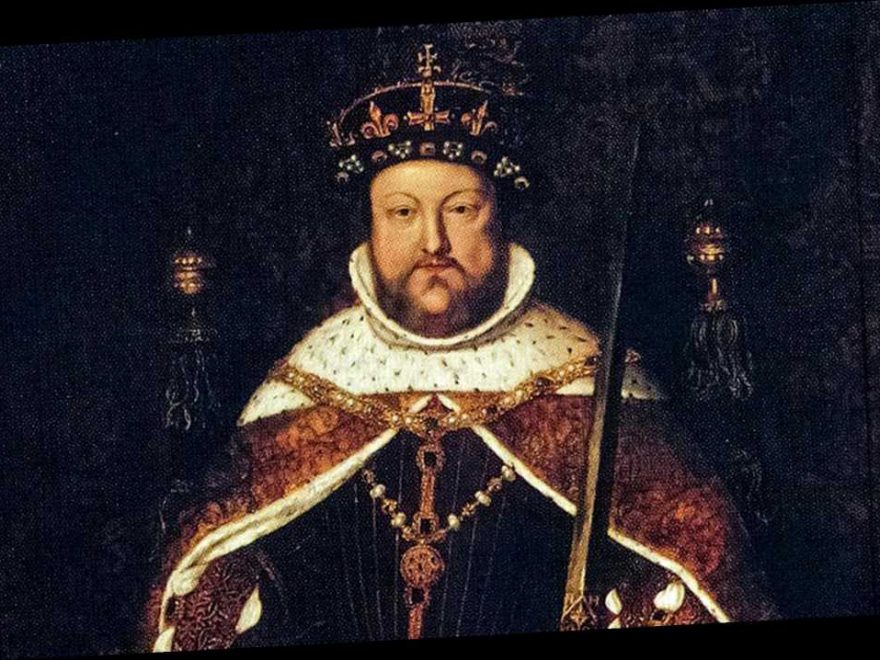 Kevin Duckett was hunting for treasure with his metal detector in a field near Market Harborough, Northamptonshire, England, when he unearthed a solid gold figurine that experts believe is part of a long-lost figurine from the crown of Henry VIII.

“At first I wondered if it was a crumpled foil dish from a 1970s Mr Kipling product, or even a gold milk bottle top,” Duckett told the Sun.

“I got a very loud positive signal from my detector and started to dig down before spotting something… It was lodged in the side of a hole just a few inches down.”

Duckett had found a 2.5 inch, solid gold and enamel figure that has been lost for over 400 years.

In 1649, Oliver Cromwell abolished the monarchy, beheaded King Charles I and ordered the crown, once worn by Henry VIII, to be melted down, minted and sold as coins — orders that weren’t followed.

According to the Sun, the crown’s 344 precious stones were sold separately while other parts of the crown were passed on intact never to be seen again.

The crown was worn by Henry VI II at his coronation and during his wedding to Anne of Cleves in 1540. The headpiece was later used at the coronations of his children, Edward, Mary and Elizabeth, and then of James I and Charles I.

Historians think the figurine could have detached as Charles escaped, or he buried it to keep it from Cromwell.

Upon finding the piece Duckett claims he knew what he had.

“I’d seen the replica on YouTube and the tiny figures on the fleurs-de-lys but I couldn’t be sure,” Duckett told the paper.

“I headed to the palace to find out. … I’ll never forget the sheer excitement as I got closer to the Grand Hall where the replica sat in all its glory. I entered the room and my figurine’s identical twin was staring right at me.”

Lucy Worsley, chief curator at Historic Royal Palaces, told the Sun: “It’s great news that after centuries of subterranean slumber this little golden figure has been revealed once more. It is tantalizing to imagine its true history.”

The piece is now being held at the British Museum.