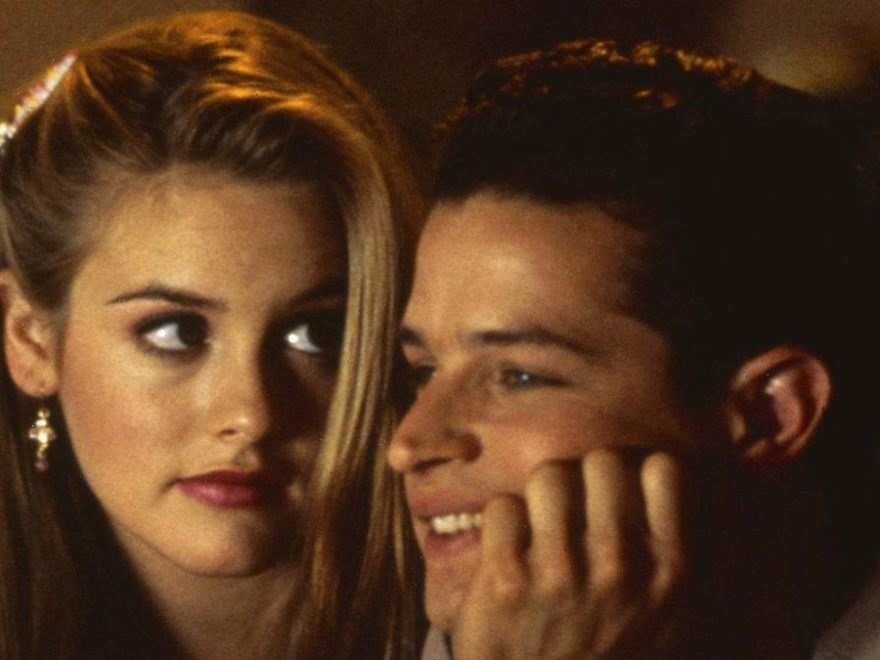 “I finally got Christian in bed!”

Alicia Silverstone has recreated yet another “Clueless” scene — and it may be the best one yet!

On Friday, the actress shared a video on social media in which she once again reenacted a memorable moment from the 1995 comedy, reprising her role of Cher Horowitz.

Silverstone recruited her pal, fashion designer Christian Siriano, to recreate the scene in which Cher attempts — and ultimately fails — to seduce her crush, Christian, while watching the movie “Spartacus” in bed. In the clip, which Silverstone posted on TikTok, Instagram and Twitter, Siriano plays Christian.

The two acted out the scene flawlessly, including Silverstone falling off the bed just as her character did in the film. However, unlike the movie, Siriano hilariously pounced on Silverstone — and they landed on a pile of pillows on the floor.

“I finally got Christian in bed! 😏😂  @csiriano and I having some fun while in France… 🇫🇷💕 #Clueless,” Silverstone captioned the Instagram video.

Meanwhile, the star responded to a few fans on TikTok, including one user who wrote, “It’s Cher !!!!!!!.”

“yes! And my real life Christian,” she replied.

Back in June, Silverstone made her TikTok debut by recreating a classic “Clueless” scene. In the clip, the “Batman & Robin” actress did a hilarious take on the scene of Cher describing what high school boys are like before she is rudely confronted by one herself.

Donning her character’s infamous plaid, yellow suit jacket, Silverstone pushed her 10-year-old son, Bear, out of the way as she exclaimed, “Ugh, as if!” to No Doubt’s “Just a Girl.”

In celebration of the film’s 26th anniversary in July, Silverstone again recruited her son to help her recreate another one of the movie’s most iconic moments.

In the video, Silverstone once again rocked a white, spaghetti-strap slip dress reminiscent of the one Cher wears in the film before her night out at a Mighty Mighty Bosstones concert with Christian (Justin Walker), Tai (Brittany Murphy) and Josh (Paul Rudd).

With her son playing Cher’s dad Mel (Dan Hedaya), he asked her what the hell she’s wearing. “A dress,” said Cher. “Says who?” he asked. Her response: “Calvin Klein.” While the recreation ended with him telling her it looks like underwear, in the film, she grabbed something to cover her up — only for it to be a totally sheer wrap.