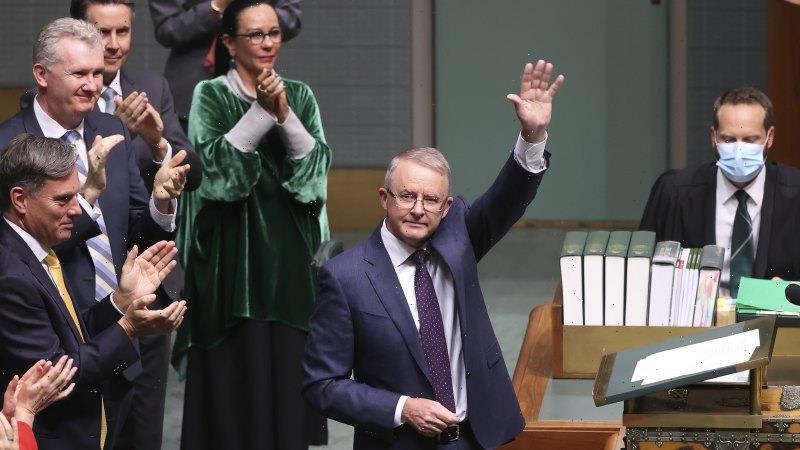 Anthony Albanese has been telling his colleagues for months that he plans to “kick with the wind in the final quarter” in the lead-up to the next election.

So why did the New South Welshman, who is fond of the AFL metaphor, start the final quarter – Thursday’s budget speech – with a couple of points and out-of-bounds on the full? 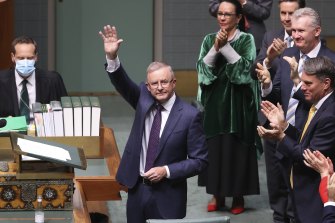 Opposition Leader Anthony Albanese is applauded by colleagues after delivering the budget reply in the House of Representatives on Thursday.Credit:Alex Ellinghausen

In the weeks leading up to the budget reply, Labor shadow ministers pulled together a series of policy options for their leader.

The three that got the nod – a $10 billion social housing program, clean energy apprenticeships and start up loans for students – are all worthy (though limited in size) Labor policies.

They signal Albanese Labor is pro-business, pro-environment and pro-jobs. All three were all put forward by members of the NSW Right, too, a key factional group backing the leader.

The social housing policy, in the words of an Albanese ally, allowed the leader to tell his “log cabin” story about growing up in public housing. Many voters haven’t heard it before, even if Canberra insiders have a thousand times over.

Labor’s internal polling shows that, despite being in Parliament since in 1996, Albanese is one of the least-well known opposition leaders in recent political history, in part because of the pandemic-constrained 2020.

The hope is his log cabin story will resonate and solidify positive perceptions of Labor’s leader.

While few of Albanese’s colleagues thought the budget reply was a game-changer, many MPs who spoke to The Sun-Herald and The Sunday Age thought their leader got it about right.

But with Prime Minister Scott Morrison and Treasurer Josh Frydenberg moving squarely into Labor territory in a big-spending, barnacle-clearing budget, and with the likelihood of an election increasing as a result of an economic statement that created few losers, “about right” may not cut it. 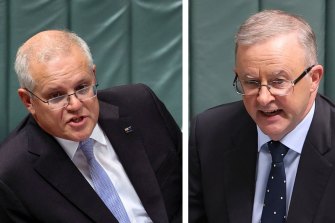 Both Scott Morrison and Anthony Albanese have made “off-budget” spending a feature of their budget week pitches.Credit:Dominic Lorrimer/Alex Ellinghausen

It’s hard to see how how Albanese’s second budget reply speech will shift the votes that Labor must move to win the next election.

A more generous paid parental leave policy – which Labor was debating announcing in its budget reply just days before the speech – would have a much better chance of doing that.

So, too, could a number of other policies. On climate change, for example, Labor has retreated from seeing the policy as a potential offensive weapon – an area where they can win votes. It is now in a defensive crouch.

The party is working on a suite of climate policy proposals which will be announced before the poll. Making the case for action on climate change is crucial morally, economically and environmentally.

People in Albanese’s inner circle also believe the “Scotty from marketing” attack on Morrison is cutting through. That may be true, up to a point. But dragging down the Prime Minister’s personal standing will only shift so many votes. 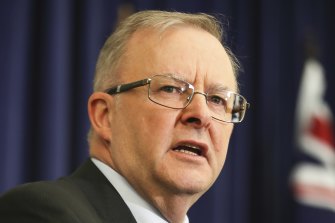 Internal critics of Albanese believe he missed the mark badly in his budget reply speech.

Farmers didn’t rate a mention. National security, defence and specifically China were not raised. The absence of an eye-catching policy announcement – such as the near-universal childcare policy in the budget reply last year – was noted.

As one Labor MP puts it: “He made the speech about himself and it should have been about the Australian people. It was devoid of risk and devoid of reform.”

Albanese is nothing if not a canny politician. He has deliberately chosen a small-target strategy. Thursday night was a calculated gamble to continue with that approach after two elections in which a sweeping policy agenda didn’t quite carry Labor over the line.

But the closer we come to an election, the greater the gamble of holding back becomes. And with wind in the government’s sails, post-budget, it’s not sufficient for the Opposition Leader to simply get out of the way while the government makes mistakes.

As that same Labor MP put it: “You have to kick goals throughout the match, not just in the last quarter.”