Federal Labor leader Anthony Albanese will drop climate spokesman Mark Butler from the key portfolio in a shake-up that aims to bridge a gulf within the party on gas fields, coal mines and greenhouse emissions.

Mr Butler, one of the party’s strongest advocates for ambitious carbon targets, will lose the portfolio of climate change and energy after months of dispute over whether Labor should make a new pledge to cut emissions by 2030 or 2035. 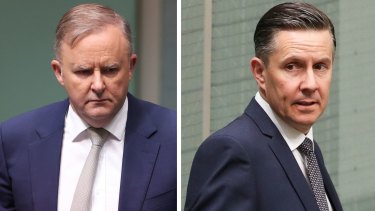 Mr Albanese is expected to announce the reshuffle within days, with Labor health spokesman Chris Bowen named as a likely candidate to take the portfolio.

The change would be a significant shift in ownership of the climate portfolio from the left faction to the right of the party after a stand-off last year when the resources spokesman at the time, Joel Fitzgibbon, argued against setting an interim target for 2030 or 2035.

While Mr Albanese has pledged to achieve net-zero emissions by 2050 under a Labor government, some caucus members believe there is no need to set an interim goal that could make the party a bigger target at the next federal election.

Labor’s pledge at the last election, to reduce emissions by 45 per cent by 2030 compared to the Morrison government’s target of 26 to 28 per cent, remains in limbo until a decision is made on whether to recommit to it or update it for 2035. 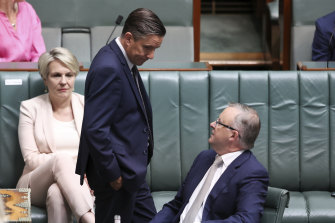 Mr Fitzgibbon, who stood down from the resources portfolio after his clashes with Mr Butler at the end of last year, welcomed the news about the reshuffle but signalled he wanted a change on policy as well.

“Obviously I welcome the change,” he said.

“We have to send a clear signal to our traditional base that we are back, and this is a good start.

“But changing the jockey will not be enough in the absence of a shift in policy emphasis, calibration and language.”

Mr Albanese backed Mr Butler last November when some caucus members wanted him moved after the disputes with Mr Fitzgibbon.

“Yes, Mark Butler will remain as our climate change and energy spokesperson. Mark Butler is doing a fantastic job in that role,” Mr Albanese told reporters on November 13.

Mr Butler declared last year the party should go to the next election with an interim target to show how a Labor government would deliver net-zero emissions over the longer-term.

“You can’t set a mid-century target and then check in 2049 whether you’re on track to meet it. No one thinks that,” Mr Butler said in September.

Mr Fitzgibbon rejected that argument and the interim target remains to be decided.

At the end of each day, we’ll send you the most important breaking news headlines, evening entertainment ideas and a long read to enjoy.  Sign up to The Sydney Morning Herald’s newsletter here, The Age’s here, Brisbane Times’ here, and WAtoday’s here.