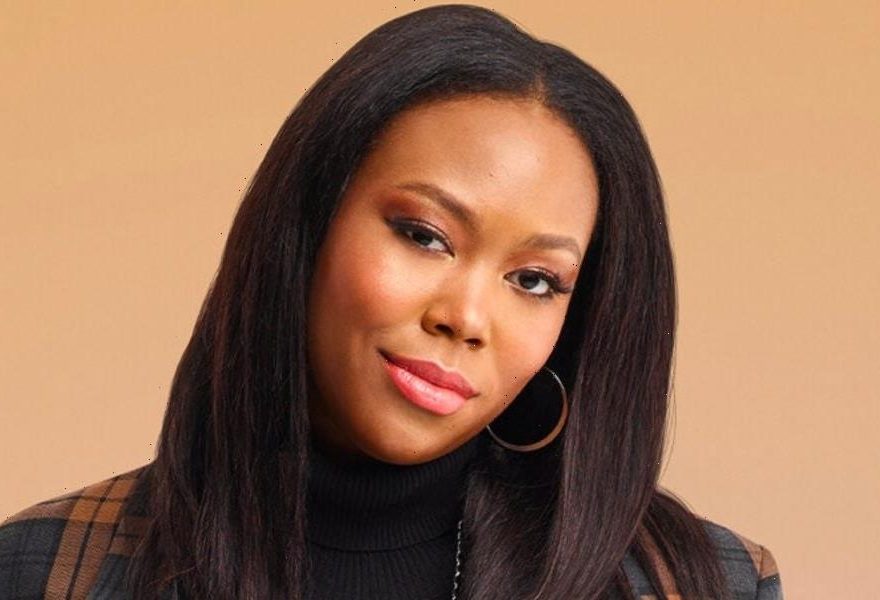 When Adja Toure first had the idea to move to Paris, she was in the middle of the lockdown period in New York City, cooped up in her apartment, ready for a change of scenery.

“One-hundred percent, the pandemic was an inspiration,” she tells ESSENCE.

“I needed to do something different, shake up my life a bit. I’m very lucky that I have family over in Paris and across the world,” adds the Senegal-born beauty who moved to Northern Virginia as a child and transplanted to NYC after graduating from Cornell University. “I decided, you know what? What if I took a chance and I move to a different country for a few months?”

Five months into lockdown, she was ready to make the switch. She couldn’t have imagined how quickly she would be living her best life abroad, and that her carefree Black girl vibes would attract producers of Bravo’s latest reality series, Real Girlfriends in Paris. 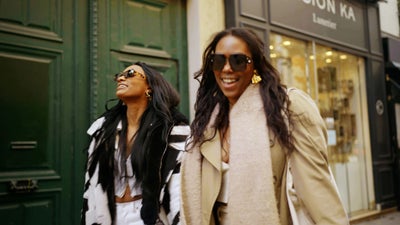 Toure is one of two Black expat women on the series, and on it, viewers watch her navigate the same ups and downs of twentysomethings everywhere, but in Paris — dating, career, friendship and more. And dating is a big part of the experience on the show for Toure. While she initially tried to take control of her experience meeting men, setting up dates before she ever touched down in the city through Tinder’s Passport feature, she’s found that letting things happen naturally has been better for her love life since moving there.

“I was overthinking it,” she admits. “As my storyline progresses, people will see me give into my emotions and show my vulnerability rather than putting up the same walls I was kind of forced to put up throughout my life. Because being the single Black female in a group of white people pretty much my entire life, you gotta have tough skin to be overlooked so often.”

So now that she’s getting plenty of attention, both on TV and from the menfolk, what is the dating scene like in the City of Love in comparison to what she’s experienced in the US?

“You’re going to find some gems and you’re going to also find some absolute garbage and that’s a universal fact,” she says, laughing. “I do think that the courting and courtship, the difference in how I view the men in America that I’ve interacted with versus the men I’ve interacted with in Paris, is there’s a look in their eye. You want a notch in your bed post, and you actually want some sort of connection before the notch in the bed post. There’s a little bit of a difference. Maybe they both want the same things out of it, but I’ve dated people longer in Europe than I have the US, even though I’ve lived in Europe far less longer than I have in America. My dating success is much stronger in Europe, even if there’s still players out there.” 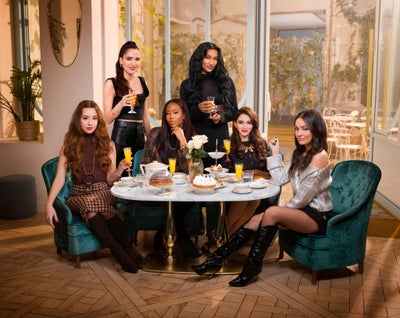 And when it comes to just living as a Black woman in Paris, she’s had good experiences thus far, though being able to speak French fluently has definitely been to her benefit in the experience.

“I think I’ve had a lot of fun because of the open-armedness,” she says, describing a “ubiquitous acceptance” that’s she’s felt but didn’t feel, at least in NYC. “Paris is known for being stuck up and snobby or whatever. Everyone’s judgmental, but people in Paris just don’t hide it. It’s overt vs. covert. I’ve never had an issue with that, but I’ve also found places I was always going back to because they felt so much like home and reminded me of a strong community. I do like expat bars, I do like bars where it’s mostly French speakers because I can assimilate in both areas. But at the end of the day, it’s less stressful in Paris for me than it was in the US, specifically New York.”

Toure has tested the waters in Paris for a year now, and while she loves it so far, that doesn’t mean she sees it being her last stop.

“Living there has given me the confidence about leaving America in full if I wanted to,” she says. “Am I going to stay in Paris? For now, I want to continue to be a bi-continental woman. I want to use those two platforms of France and the US to see other places. So Paris is supposed to be a home base, but not necessarily a final destination.”

For now though, she’s thoroughly enjoying herself in her new home, as well as on her new show, Real Girlfriends in Paris, preparing for its fifth episode on Monday (September 26). She’s glad to be showing people life in Paris, and offering representation in a number of ways.

“I definitely feel kind of like a pioneer in a way. Because for one, TV in general doesn’t focus on mid-size Black women in their 20s. Two, I am bilingual and I’m blessed that I grew up being able to share my Senegalese culture while experiencing American culture. And three, in general, I’ve always been someone who thought, ‘I wish I saw more of people who looked like me,’” she says. “I was super attuned to it because of my upbringing and seeing African stars in my household and comparing that to American stars. So even if I’m not big time or anything, it’s nice to be an African star, and an American star at the same time.”