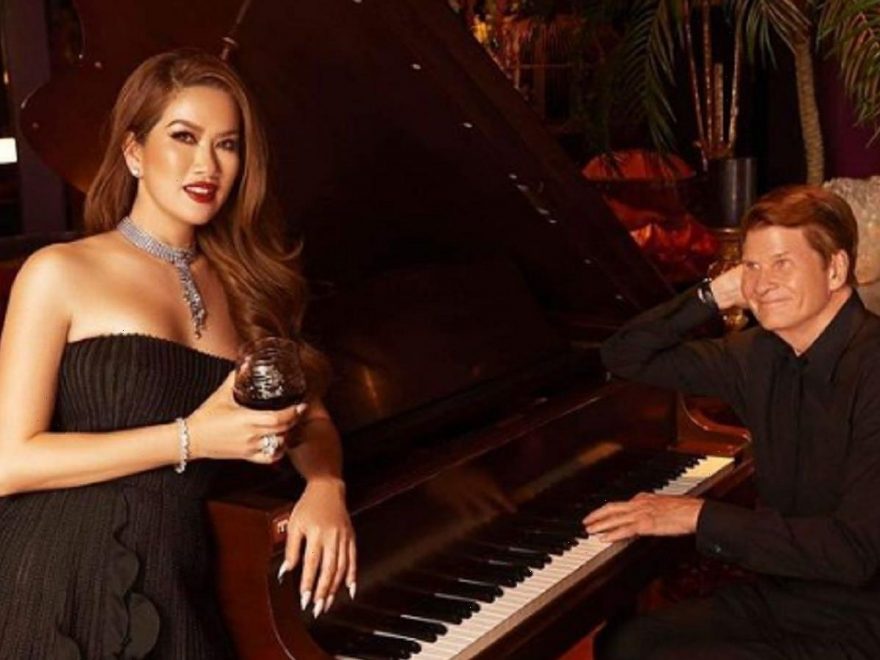 The film Crazy Rich Asians isn’t just the name of a film made years ago. It’s also a way of life for some people. Recent reports state that over 950 billionaires are Asian, which outnumbers all other regions in the world. And when someone is born rich, an heir or heiress, or a self-made millionaire, TV execs will know about it. Not only that, chances are they will make a show about the crazy, rich lives of these people.

A ridiculously wealthy woman other people should get acquainted with is Mimi Morris. She’s the newest cast member of Netflix’s Bling Empire, and people will get to watch her on season two of the show. The series gives people a glimpse at the rich lifestyles of a group of LA-based Asians and Asian Americans. So, who is this fresh, new face that will grace TV screens soon? Curious to read more about Mimi Morris and her luxurious life? Keep reading to find out!

RELATED: The Net Worth Of The Cast Of ‘Bling Empire’, Ranked

According to some reports, Mimi Morris and her husband Don have a combined net worth in the billions. While Mimi has an estimated net worth of $200 million, her husband has a net worth of $800 million. But this wasn’t always the case. Mimi was born in Vietnam, where she and her siblings suffered through the war.

It is reported that Mimi and her siblings used to live in a large hole for two years, before moving to the US to escape the fighting. The reason she’s successful now is that she never lost her work ethic or survival skills – even in a new environment.

Now, Mimi owns multiple businesses just like Mark Cuban who owns profitable businesses. She is also a model and an influencer. On the other hand, her husband is the CEO of Morris Group International, a company that manufactures engineered products for industrial and commercial markets. Together, they have three beautiful children, multiple designer products, private jets, and a white Rolls Royce. The family lives in Los Angeles.

While she flaunts her incredible wealth on social media, Mimi also regularly works with charities. Reports say that Mimi does good work at the CHOC Children’s Foundation, an organization that benefits the Children’s Hospital of Orange County (or CHOC).

Inside The Life Of The Crazy Rich Asian

Most people can only dream about hitting it big. Whether it’s through launching a business, doing high-stakes gambling, or winning the lottery, a lot of people take huge risks just to amass incredible wealth. Mimi Morris falls into the self-made success category. After making her TV debut, Mimi became an instant fan-favorite on Bling Empire.

This only increased her popularity on social media. Popular for her model-like beauty and her fiery personality, the 52-year-old model also makes sure to update her followers about her life. She’s known to post constantly on Instagram, making sure people can see her lavish lifestyle.

Mimi is also the richest cast member on the show – so far. As mentioned above, Mimi and her husband Don have a combined net worth in the billions. This net worth is projected to climb even further. Mimi’s latest TV gig provides her with more income, too. Yeah, Netflix probably pays her top dollar to keep her on the show, so it’s no surprise that her net worth might increase further in the coming months.

Speaking of income, Mimi’s main source of money is said to come from modeling. She has endorsed multiple luxury brands, such as Dior, Louis Vuitton, Chanel, Mae Paris, and so many others. Her official businesses and investments remain private; none of the details about the kind of enterprise she runs have been made public as of writing. Although some sources say that her business ventures are mostly financial investments and property holdings.

Of course, if someone is wealthy, their day-to-day activities must reflect their affluence. Mimi lives in a huge mansion at The Strand at Headlands, which is a gated community somewhere in California. Reports say that Mimi and her husband bought the 7,000 sq ft mansion in 2018 for a staggering $8.8 million price tag.

The beachfront mega mansion has six bedrooms, an elevator, and a separate garage just for golf carts. The garden is often decorated with numerous floral arrangements, all designed to make the lush greenery look like it came straight out of a fairy tale.

Sources also say that although Mimi often models for high-end and luxury brands, Chanel has a special place in her heart. She’s often seen in head-to-toe Chanel on Instagram; she even has the iconic Chanel logo on a surfboard that she uses.

Of course, rich people must always travel in style. It’s not enough to travel first-class, because Mimi owns a private jet. This is a ride she uses when she wants to ski at Aspen, visit Vietnam, or relax in Maui. This jet is also something she posts constantly on social media. Aside from that, Mimi also has a slew of luxury cars. She has three Rolls Royce, a Ferrari F12 Berlinetta, and a Ferrari SF90 Stradale. It’s no secret that Mimi is spoiled, and without a doubt, this is something she enjoys – only the best for this Asian princess.

READ NEXT: A Peek Inside The Opulent Lifestyle Of Jeff Bezos’ Girlfriend, Lauren Sánchez