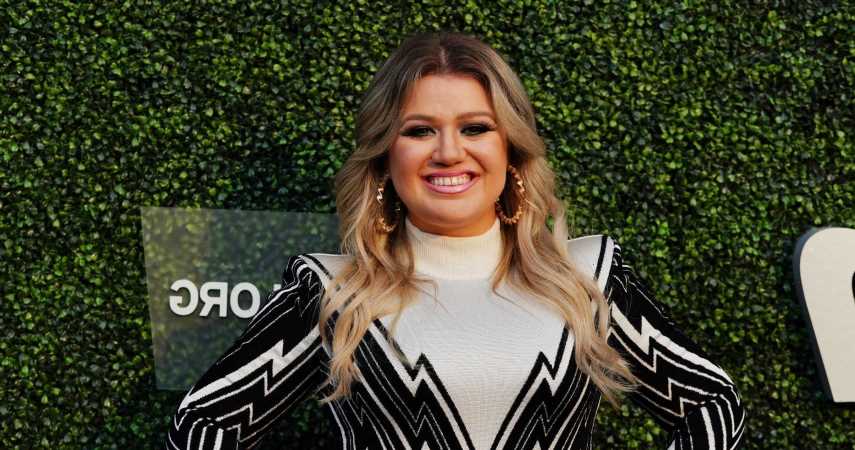 Kelly Clarkson first got the experience of singing while being a part of a Church choir as a child. After performing in various school plays and musicals, she received musical scholarships from multiple schools, but she decided to focus on her music career instead. After moving to Los Angeles and working several odd jobs, she was encouraged by her friends to take part in the first season of the reality singing show American Idol. With her talents, she surpassed every round and became the show’s first winner. She signed onto RCA Records, which launched her career to great heights. With multiple albums, music tours, a role as a judge, and hosting her talk show, Clarkson has amassed a massive $45 million fortune over the years.

The singer has spent millions purchasing lavish real estate properties in the United States and owned multiple homes in California. Her latest buy was a staggering mega-mansion located at Toluca Lake that cost her $5.4 million. Let’s take a look inside her jaw-dropping family home.

Tucked Away In Towering Trees

The Colonial-style home was constructed in 1936 before its renovation in 1985. After multiple buyers, the property was purchased by Douglas Merrill in 2018 for $4.9 million. Merrill is a highly successful technologist and fintech entrepreneur. He was the last person to make cosmetic upgrades to the mansion before putting it on sale within a few years. According to the LA Times, reps at Douglas Elliman held the listing, and Clarkson was represented by Chris Corkum and Lisa Brende of Compass to buy the home for $5.4 million.

Tucked in a gated community, the white estate covers one acre of land and consists of 5,000 square feet of living space with the primary residence and the guest house. Featuring six bedrooms and seven bathrooms, the Toluca Lake property is not far from the studio where she records The Kelly Clarkson Show and The Voice, as noted by E Online. Setting a stately tone is the brick motor court leading to the primary home’s entrance. Inside, the grand foyer leads directly to the formal living room with French doors and a quaint fireplace.

A Popping And Colorful Interior

Each room in the house is drenched with natural light with floor-to-ceiling windows and French doors. It offers stunning views of the lush greens outside and the far-off views of the city. The decor has splashes of bright hues in important rooms. The sunroom has a bright yellow fireplace, while the dining room has a refreshing floral wallpaper. Douglas Merrill has updated the kitchen with a Carrara marble top, a center island, brick flooring, and high-end appliances. As mentioned by Dirt, the formal dining room offers direct access to the great room, library, octagonal breakfast nook, and courtyard patio.

The primary spot of the living quarters is the spacious Master Suite installed with a beverage bar and a brick fireplace, while the ensuite bathroom has jade-tiled spa-like features. The same floor offers Clarkson easy access to the office and the gym. Each of the four bedrooms has an ensuite bathroom, while the guest house consists of one bedroom with a kitchenette and a bathroom. Surrounded by lush landscape, the outdoors is equally entertaining as the indoors.

Kelly Clarkson ensured that her residence is steeped with amenities and comfort for her two children as she has transformed her backyard into the best play area for the kids. The manicured lawn leads to a large swimming pool with a spa and a pool house hidden from the neighborhood by the mature trees. Along with a tennis court, her backyard has a trampoline and a playhouse with slides and swings, as reported by Hello Magazine. Outdoors, her home often has pool games, bicycles, and toys around where the children play.

The newest purchase is the first home that the singer has brought for herself. She has previously owned an Encino marital mansion put on sale in 2018 and a stunning lakefront mega-mansion in Tennessee which sold for $6.3 million. Her other real estate holdings include an additional Tennessee home and a Montana Ranch, which is worth a whopping $17.8 million. Since her separation and divorce from ex-husband Brandon Blackstock in 2021, this is Clarkson’s first real estate purchase made only for herself and the children, who will be spending most of the year with her.

The 5,000-square feet mega-mansion might be the most modest home brought by Kelly Clarkson to date, but the amenities offered by the abode can rival any of her previous homes. Offering comfort and luxury as the ultimate family home, the jaw-dropping estate is the perfect home for the singer.

READ NEXT: All Of Ariana Grande’s Boyfriends, Ranked By Net Worth