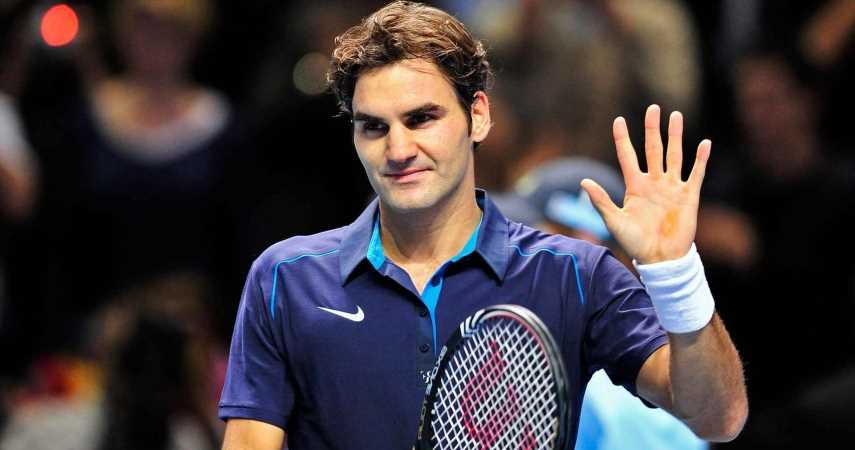 On September 15, 2022, a day that was dreaded by many tennis fans, Roger Federer made the announcement that he would be retiring from tennis. At the time, he was one of the wealthiest athletes who had ever played the game. In addition to his philanthropic activities, such as establishing the Roger Federer Foundation in 2003 and participating in innumerable other fundraising events, he has amassed a fortune in his extraordinary tennis career.

Due to these earnings, he is a member of the exclusive club of so-called “billion-dollar athletes,” alongside Michael Jordan, Christiano Ronaldo, Lionel Messi, and Lewis Hamilton, among others. Let’s take a look at tennis superstar Roger Federer’s extraordinary success story.

The Early Signs Of A Remarkable Career

On August 8, 1981, in Basel, Switzerland, Roger Federer was born. He is a Swiss tennis player who ruled the sport at the beginning of the twenty-first century due to his remarkable all-around ability. His career total of 17 Grand Slam singles titles is the most in tennis history. Deemed by tennis commentators as the greatest player of all time, Federer is noted for his fast speed, fluid style, and excellent shot-making. His powerful smashes, excellent footwork, and effective techniques enabled him to not only win matches but also to make history.

Roger Federer created his imprint as a junior player in the 1998 Wimbledon, where he claimed the ‘boys singles’ and the ‘doubles’. Federer has multiple victories in the ITF junior singles competitions and the Orange Bowl. In 1998, he was ranked “number one” in the junior category. Federer played his debut event as a pro in 1998 at Gstaad.

1999 saw Federer’s first appearance in the top 100 rankings. He emerged triumphant in the Hopman Cup, representing Switzerland. Federer reached the top 10 when he managed to win his first Master Series event in 2002 at the Hamburg Masters on clay. Federer got to taste his first big win in the Grand Slam singles title at Wimbledon in 2003. He claimed the ATP Tour finals in Dubai and Vienna. Federer was ranked second in the world after defeating Andre Agassi in the year-end championship.

Federer is an extraordinary athlete who is noted for his quickness, dynamic style of play, and remarkable shot-making. He is a player who can compete on any court and in any situation. Federer is among the best volleyers in the game, playing primarily from the baseline but also being relaxed at the net. He has a strong, precise smash and executes uncommon tennis techniques, such as the backhand smash, skyhook, half-volley, and jump smash, with great skill. John McEnroe has referred to Federer’s backhand as “the greatest shot in the sport.”

Federer is also noted for his great footwork and efficient movement around the court. This allows him to run past shots that are meant for his backhand and instead hit a strong inside-out or inside-in forehand, which is one of his finest shots. His average first serve speed is 200 km/h (125 mph), but he is capable of serving at 220 km/h (137 mph). Federer is also skilled at serving and volleying and utilized this approach regularly throughout his early career.

He holds the distinction of being the only player to hold the no. 1 position for a total of 302 weeks, 237 of which were from 2004 to 2008. He was in the top two for eight consecutive years, from 2003 to 2010, and in the top three from 2003 to 2012. Federer is one of just seven tennis players in the world to have won the Grand Slam in their career. Additionally, he has won a total of 17 Grand Slams to date. Aside from this, he is the happy recipient of an Olympic gold medal for doubles and a silver medal for singles.

The Federer against Nadal rivalry is one of the most discussed tales in tennis history. Rafael Nadal is another legendary tennis player. He was the first player to pose a genuine challenge to Federer’s dominance, and he currently has a head-to-head advantage. Throughout their careers, the two have fought many epic battles together. The Federer-Nadal final at Wimbledon 2008 is largely regarded as the greatest match of all time, and there has even been a documentary dubbed ‘Strokes of Genius’ made on it.

Becoming The Highest-Paid Sportsperson In The World

Federer is estimated to have a net worth of up to $550 million during a career in which he earned about $1 billion in endorsements and over $115 million from playing tennis. Roger Federer was the highest-paid athlete worldwide. He is second on Forbes’ list of the world’s highest-paid athletes. He is the highest-earning tennis player with 10 endorsements. He is the brand ambassador for Nike and the Swiss corporations Nationale Suisse, Credit, Rolex, and Lindt.

In 2010, Federer’s relationship with Mercedes-Benz China became a global one. Tennis commentators and players alike referred to Roger Federer as “the greatest player in tennis history.” In 2011, he was chosen as the second most trusted and respected individual in the world, behind Nelson Mandela. Federer was named the Laureus World Sportsman of the Year four times in a row.