Actor Rebel Wilson has spoken for the first time about being forced to reveal her relationship with girlfriend Ramona Agruma before they had told some people.

The Pitch Perfect star told The Australian that the couple were yet to inform some family members about their relationship before The Sydney Morning Herald columnist Andrew Hornery contacted Wilson’s management with questions. 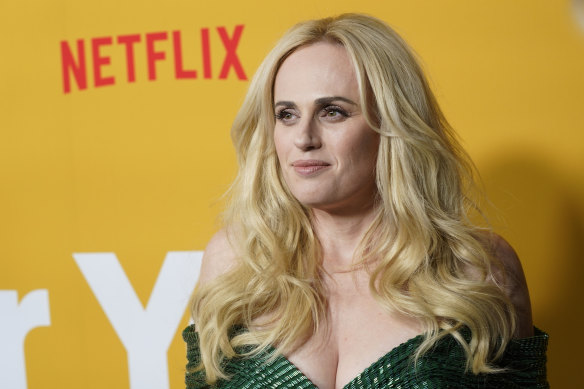 Rebel Wilson has spoken publicly about being forced to reveal her relationship with girlfriend Ramona Agruma.Credit:AP Photo/Chris Pizzello

Hornery’s email said he wanted to be transparent but had “enough detail to publish” the news after several sources confirmed the relationship. He gave the actor a deadline to respond.

Describing the June coverage as “grubby”, Wilson said she was forced into sharing the news in an Instagram post.

“Basically, with the situation where a journalist is threatening to out you, you’ve got to hurry, and some people we didn’t get a chance to tell before it came out publicly. And that’s not ideal,” Wilson told The Australian.

The post triggered a now-deleted column in which Hornery described his request for comment as a “big mistake” because Wilson was able to break her news herself.

The story triggered an international backlash.

Hornery later apologised. “I got it wrong,” he wrote. “The Herald and I will approach things differently from now on to make sure we always take into consideration the extra layer of complexities people face when it comes to their sexuality.”

At the time, Herald editor Bevan Shields defended the columnist but also apologised for the incident. He said no decision had been made to publish a story about Wilson’s relationship and “the Herald’s decision about what to do would have been informed by any response Wilson supplied.”

While Wilson told The Australian her relationship “wasn’t a secret” to friends and some family members, the actor spoke about the “levels to telling people” about same-sex relationships.

“You tell your close family and your friends and not everybody,” she said. “Across our two families, not everybody is as ­accepting as what you’d hoped for, and we were trying to be respectful to those people and tell them in our own way.

“It was just a hard few days, especially for my partner, who’s not used to being in the public eye and having to deal with stuff like that,” she said.

“It was probably more harmful for her in many respects. But to me, in 2022, love is love. I didn’t think it was that big of a deal and that we should kind of be forced to make an announcement about it.”

The comments were made during an interview for Wilson’s newest film, The Almond and the Seahorse, which is currently screening at the British Film Festival in Australia. Wilson recently celebrated the 10th anniversary of Pitch Perfect with some of her co-stars, and has been announced to star in a new comedy filming early in 2023 called Rock The Boat, alongside Leslie Mann.