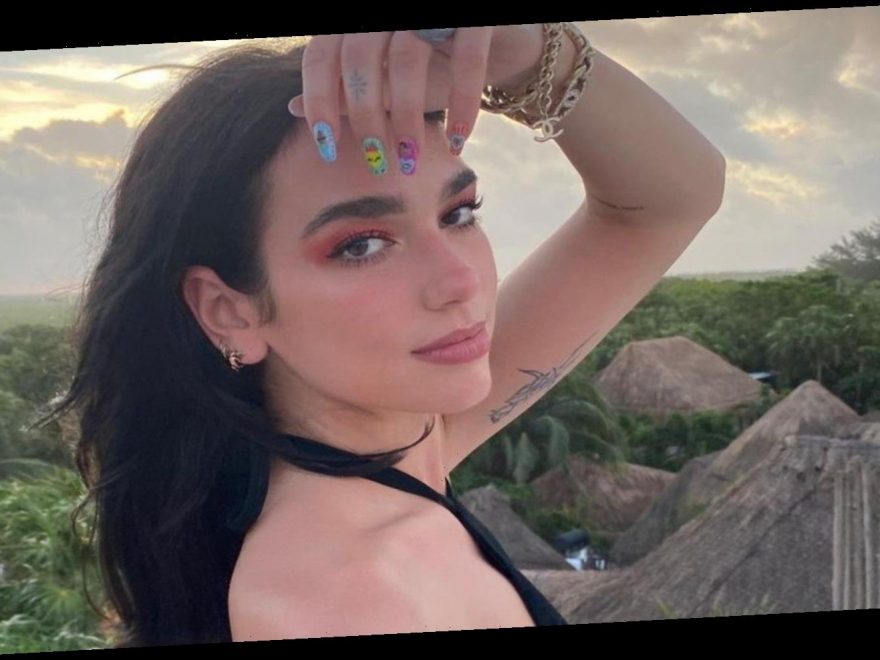 Making millions of dollars and entering the lifestyle of the rich and famous doesn’t come overnight. While fans often refer to artists that are new to them as being “overnight sensations,” there is nothing this huge that actually happens overnight. When an artist starts to gain international fame and is getting noticed by the masses, it’s usually because they’ve made a series of moves behind the scenes that got them to this tipping point. In today’s landscape, one of the biggest names is Dua Lipa.  She hasn’t just arrived, she has exploded on the scene and is raking in millions while doing it.

Dua Lipa is dominating the charts and raking in the awards, and NME confirms she has huge plans in store for continued future growth. Let’s take a look at Dua Lipa’s rise to fame, and how she has accumulated her $16 million net worth.

9 She Boldly Pursued Her Passion At The Age Of 15

It’s safe to say that music is in Dua Lipa’s genes. Her father, Duakgijin Lipa, was heavily involved in an Albanian rock band, and she was always surrounded by his musical influence. When she was just 15 years old, the itch to sing and create music was starting to rise to the surface in a way that couldn’t be ignored, and Dua Lipa left home in pursuit of her dreams.

RELATED: 15 Photos Of Dua Lipa Proving That She’ll Never Have To Hire A Fashion Stylist

8 A School With Interesting Connections

Dua Lipa wanted to know everything there was to learn about how to sing, refine her voice, and learn how to create music. At the age of 15 she was living alone in London and managed to enroll herself in the Sylvia Young Theatre School in London. Perhaps not so coincidentally, this is the same school that has churned out a series of other talented artists, such as; Amy Winehouse, Rita Ora, and Tom Fletcher.

Dua Lipa recognized the power of the internet and began uploading videos of herself singing covers. She’d routinely post to YouTube, with thoughts of Justin Bieber’s instant YouTube success on her mind. She didn’t see that immediate rise to fame that he did, but it did work in her favor. She tells Capital FM; “When I was 15 I was posting covers online but it was never one of those things that went viral, it was more of a way for me to use it as a portfolio.” She soon attracted the attention of producers and things began to shift.

6 Getting Signed, And Getting Heard

In 2015, after noticing Dua’s cover song of Cocoa Butter Kisses by Chance The Wrapper on YouTube, Dua Lipa was discovered and she quickly signed with Warner Bros.

Dua Lipa was secured as the opening act for Bruno Mars and Coldplay, and Chris Martin worked on a song with her.

In 2017, Dua Lipa was the most streamed female artist on Spotify.

Her debut album was released in 2017 and served as her official introduction to the world. Singles such as Blow Your Mind, and Be The One saw instant success, and were soon followed by her 2020 disco-vibe tunes released under the album named Future Nostalgia. That saw the drop of wildly popular songs such as Levitating and Hallucinate.

5 Cleaning Up At The Brit Awards

2018 saw the continuation of Dua Lipa’s success in the UK.

In 2019, she won the hardware for British Female Solo Artist and British Breakthrough Act at the Brits.

YouTube continued to treat Dua Lipa well. She scored well over 1.9 billion YouTube views for New Rules, but had no idea about what lay ahead.

In March of 2021, immediately following her spectacular performance at the Grammys, Dua Lipa took home for the best Pop Album Of The Year, and this generated a huge rush on YouTube, with more than 10 million views in less than 24 hours.

3 The Face Of Yves Saint Laurent

With a few million dollars already under her belt, Dua Lipa began to diversify. She became the official face of haute-couture label Yves Saint Laurent, which was a huge step considering she had a failed modeling stint when she was younger.

The income stream from modeling and endorsements from YSL added to her already growing wealth, and attracted fans that may not have already been aware of the star’s rise to fame.

2 She Has Her Own Music Festival

Surely, Dua Lipa enjoys reaping the rewards of her financial freedom, but music wasn’t just a career move for her, it’s always been a passion project. With musical inclinations flowing through her veins, Dua has created her very own music festival in her homeland of Kosovo. She runs the annual festival under her family’s charity, Sunny Hill Foundation. She has had the likes of Miley Cyrus, and Calvin Harris highlighting her event.

Proving to be a talented money-maker, Dua Lipa saw $2 million land in her bank account in 2017, with another $6 million in 2019. Her wealth continued to soar and was set to dramatically increase with her world tour, which was unfortunately postponed due to the pandemic.

Dua is currently one of the most highly streamed artists of 2021, and continues to shatter YouTube records at a regular pace. She is currently dating Anwar Hadid, the brother of supermodel sisters Bella and Gigi Hadid.

Fan reaction after her performance at the 2021 Grammys solidified her place in the world of music. Her star continues to rise each day, and she has amassed a huge following on social media. The release of restrictions due to the pandemic will likely result in the launch of her world tour, which is sure to pad her account even more substantially.

Keep your eyes on Dua Lipa, she’s about to soar even higher than she already has, and is poised to generate millions of dollars more in a very short time.

READ NEXT: 6 Most Influential Rappers In The World