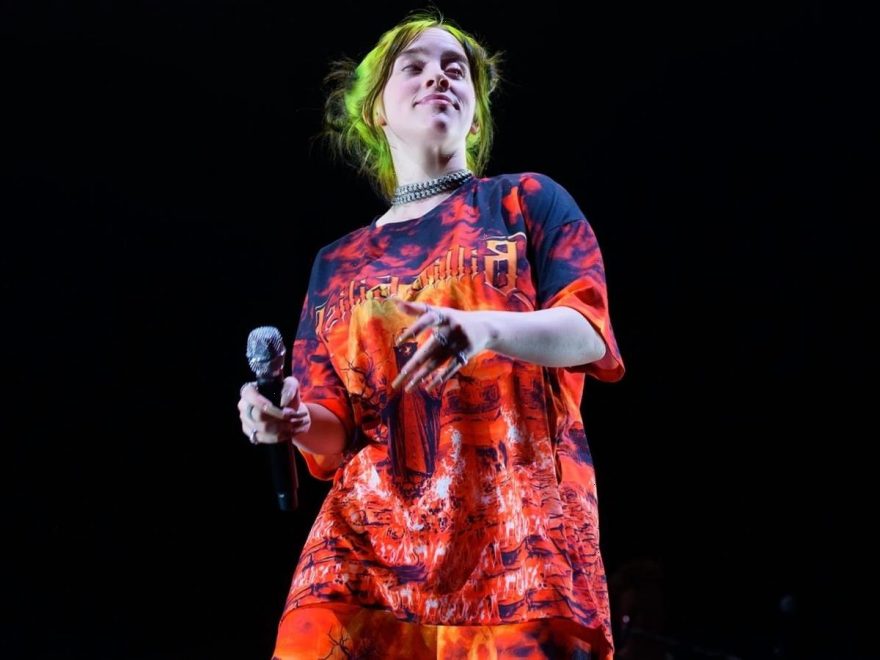 Coming from a family of musicians and artists, Billie Eilish was inspired to step into the world of music by her parents and her brother Finneas. At the age of eleven, she had already begun writing music and had plans to become a successful artist. People began noticing her when she uploaded her recording of the song Ocean Eyes, written by her brother Finneas and his band. After releasing a few singles and her much-anticipated album in 2019, Eilish has become one of the biggest stars in the world. Along with her musical career, she has expanded her reach to her fans through various platforms.

From performing at sold-out concerts to becoming a published author and releasing a perfume line, Billie Eilish has diversified her income sources to amass a $53 million net worth. Here are the different ways Billie Eilish earns her millions.

Her primary income source is her prolific music career. Billie Eilish has released two studio albums and 31 singles to date. Her debut album, When We Fall Asleep, Where Do We Go, sold 1.2 million copies and earned the fifth spot on the best-selling album list of 2019. Her sophomore album Happier Than Ever has sold over 238,000 units since its release in 2021. As mentioned by RIAA, Eilish has earned $41.5 million in digital sales to date. Her music has earned her several accolades, including two BRITS and seven Grammy Awards.

After becoming the first artist born after 2000 to have a number 1 album on the Billboard Hot 100, Billie Eilish set out on a When We Fall Asleep World Tour in 2019. She performed at 37 venues, while the average ticket price for her concert was $57.48. Eilish made a whopping $18 million from her shows and had plans to tour in 2020 with the Where Do We Go World Tour; however, she canceled due to the pandemic, despite selling 500,000 tickets within the first hour.

Billie Eilish became a published author in May 2021 when she released a self-titled book. The book showcased her journey through the visual narrative with hundreds of pictures never seen before and gave a glimpse into the life of a 19-year old Billie Eilish. The book sold over 64,000 hardcover copies, costing $17.50, as stated by New York Times.

Billie Eilish is known for her distinctive baggy t-shirts, trousers, and shoes. She capitalized on her trendsetting styles by releasing her merchandise in 2019 after releasing her tour dates. Her fast-selling apparels and accessories cost no less than $35 and go as high as $180. The artist had also ventured into the food sector earlier this year when she launched a Vegan chocolate bar named after her album Happier Than Ever. The first batch was sold as a limited edition, costing $13 plus shipping, and it sold out within a day.

Being one of the prominent artists of her generation, people take notice of every promotion made by her. Eilish has endorsed many brands, including Freaky City Fashion and Adobe Creative Cloud. In 2019, to embrace the coming of age concept line created by Calvin Klein, the brand chose Eilish as their ambassador for the My Truth campaign during the Coachella era. The artist is also known to love Air Jordan’s, and she was provided the opportunity to collaborate with the brand. In October 2021, the Billie Eilish x Nike rollout began at the selling price of $225. She chose the AJ 1 KO, the first Air Jordan worn by Michael Jordan for the collaboration, and they were made from one-fifth of recycled materials.

Billie Eilish has used her music to venture onto the TV screens since 2019. Her first offer came from Apple TV+ that bought rights to her documentary The World’s A Little Blurry. According to the Hollywood Reporter, Eilish was paid a whopping $25 million to release it on Apple’s platform, which doubled her net worth with a single paycheck. Director R. J Cutler was given the behind-the-scenes and private footage of Eilish and her family to create the documentary. In September 2021, Eilish moved to Disney+ to release a concert film titled Happier Than Ever: A Love Letter To Los Angeles, in which she performed a concert to honor LA.

Billie Eilish launched a cruelty-free, vegan perfume in November 2021 titled Eilish in partnership with Parlux, a fragrance company. After putting it on sale for $68, the perfume had sold out within a day after it was released. While the figures are unknown, the first year of perfume sales is expected to bring a $60 million profit from the market, as stated by Cosmopolitan. Even if the perfume is out of stock now, there is more coming soon.

From creating music at her parent’s house as a 16-year old to earning a $53 million net worth within four years of success, Billie Eilish has earned astronomical fame and popularity through her brooding pop music. She was recently seen hosting and performing at Saturday Night Live, and she is all set to begin her Happier Than Ever World Tour in February 2022.