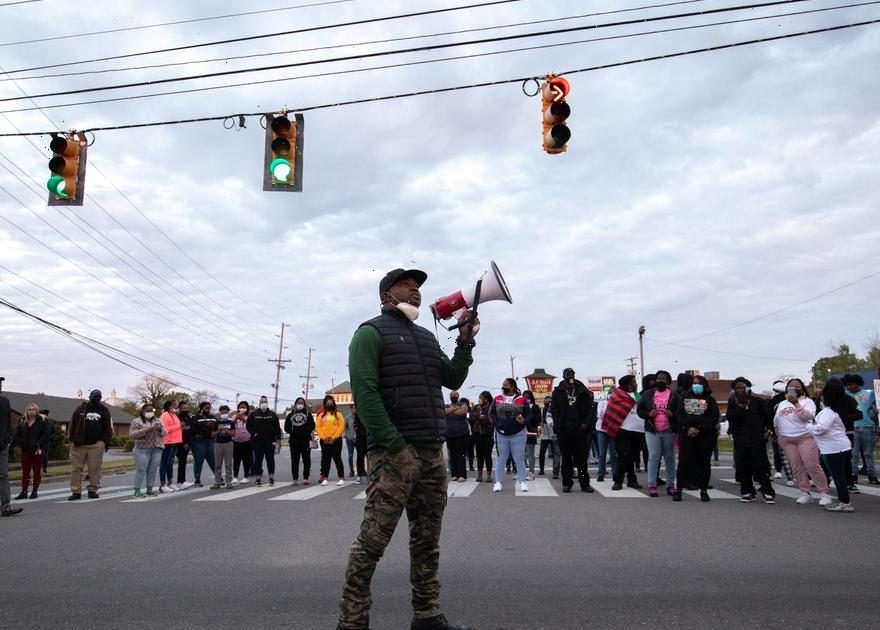 Seven North Carolina deputies have been placed on leave in the aftermath of a Black man being shot and killed by members of their department serving drug-related search and arrest warrants, authorities said Friday.

The disclosure comes as calls increase for the release of deputy body camera footage amid signs — including emergency scanner traffic — that Andrew Brown Jr. was shot in the back and killed as he was trying to drive away.

Pasquotank County Sheriff’s Office Maj. Aaron Wallio confirmed the number of deputies on leave due to the shooting in an email Friday. Sheriff Tommy Wooten II has previously said that multiple deputies fired shots and were placed on leave after Brown was killed Wednesday morning. 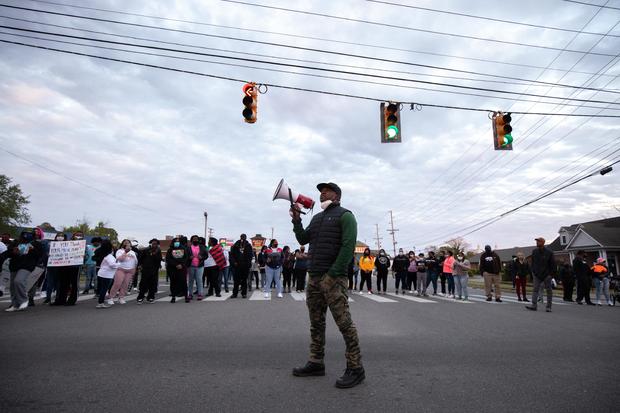 Wallio’s email also said another three deputies have recently resigned, but he later clarified that the resignations were unrelated to the shooting. He said the department has about 55 total sworn deputies.

Democratic Governor Roy Cooper joined calls for the swift release of the body camera footage, saying initial reports of what happened “are tragic and extremely concerning.”

“The body camera footage should be made public as quickly as possible,” he said in a tweet Friday night.

Initial reports of the shooting in Elizabeth City and death of Andrew Brown, Jr. this week are tragic and extremely concerning. The body camera footage should be made public as quickly as possible and the SBI should investigate thoroughly to ensure accountability.

Earlier in the day, the City Council in Elizabeth City unanimously voted to send a letter to the sheriff, local prosecutor and State Bureau of Investigation demanding release of body camera footage. The measure also directed city staff to petition a local court to release the footage if the sheriff denies the council’s request. Wooten has confirmed that at least one deputy was wearing an active body camera but hasn’t given a timetable for releasing it.

“Doing nothing is not an option,” said Councilman Michael Brooks.

The council’s measure isn’t binding on the Pasquotank County Sheriff’s Office, which is a separate entity from city government. In North Carolina, a judge must generally sign off on release of body camera footage, but the law says anyone can file a petition in court seeking its release. A coalition of news outlets including The Associated Press also filed a petition Friday asking a local judge to release the footage.

“Obviously, the loss of life is a tragedy and obviously we’re thinking of the family members and the community,” Psaki said at her daily briefing.

Wooten has said deputies from his department including a tactical team were attempting to serve drug-related search and arrest warrants when Brown was shot, but he has offered few other details. Nearby Dare County had issued two arrest warrants for Brown on drug-related charges including possession with intent to sell cocaine. Brown, 42, had a criminal history dating back to the 1990s, including past drug convictions.

Recordings of scanner traffic compiled by broadcastify.com from the morning of the shooting include emergency personnel indicating that Brown was shot in the back. An eyewitness has said that deputies fired shots at Brown as he tried to drive away, and a car authorities removed from the scene appeared to have multiple bullet holes and a shattered back window.

“We are responding. Law enforcement on scene advises shots fired, need EMS,” says one woman, who refers to the address where the warrant was served.

“EMS has got one male 42 years of age, gunshot to the back. We do have viable pulse at this time,” said a male voice. Someone then said that first responders were trying to resuscitate the man.

The sheriff, district attorney and state medical examiner didn’t immediately respond to emails Friday asking for comment on the scanner traffic. The State Bureau of Investigation, which is looking into the shooting, declined to comment.

WAVY-TV first reported on Friday the number of deputies who were on leave or had resigned.

During demonstrations Thursday night, protesters questioned why deputies opened fire in a residential area down the street from an elementary school. Brown’s car came to rest in front of a house near yellow road signs marking the approach to the school.

“That means they fired a shot in a school zone,” Quentin Jackson, regional director for the National Black Caucus of Local Elected Officials, said while addressing a group of fellow demonstrators.

People in the crowd nodded and shouted, “Yeah.” One man yelled, “And they fired into a moving vehicle.”

“When does this stop?” Jackson asked. “When does it stop?”

On Wednesday night, hours after the shooting, Mike Gordon, who lives in the house where Brown’s car hit a tree and came to a stop, showed a reporter a bullet hole next to his front door that went through an antique wall clock and all the way into his kitchen.

“I’m happy and thankful to the Lord that my wife and I wasn’t home,” he said.

Still, Gordon, a former military police officer, said he’s thankful for the work law enforcement does, and he hoped people would reserve judgment until the facts come out.

“You never know what had happened or what went wrong,” he said. “But it doesn’t matter now. The young man is gone.”