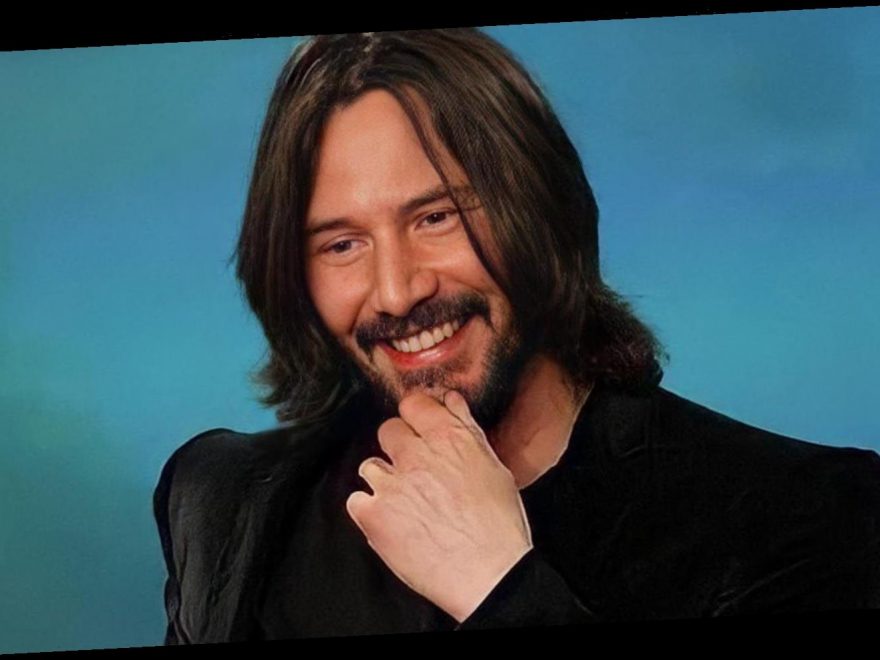 Keanu Reeves is one of the highest paid actors in Hollywood, and he hasn’t taken that privilege for granted. His movies have raked in millions and millions of dollars worldwide, and over the course of his decades-long career, he has amassed a mammoth net worth of $360 million.

Many celebrities instantly start spending the money they earn, spoiling themselves with luxury items, and massive mansions. Proving to be very different than the rest, Keanu lived in hotels and traveled from one movie location to another without grounding himself. He didn’t invest in a mansion until 13 years after his rise to fame.

As he journeyed through his career, he made a series of financial moves that bettered the lives of those around him. From pay cuts to donations, Keanu Reeves has demonstrated his generosity and true passion for bettering the lives of those around him. As for his take on money, and his willingness to be so generous with his donations, The Chicago Tribune quotes Reeves as saying:

“Money is the last thing I think about. I could live on what I’ve already made for the next few centuries.”

One of the highest grossing movie franchises is The Matrix. In fact, Keanu Reeves earned well over $114 million of his fortune from that movie, alone. Keanu Reeves, is known for being personally connected and taking time to talk to those who are working alongside him on-set. After spending some time talking to a set builder backstage of the Matrix, he discovered that the gentleman was having a very difficult time with finances at home. He never once asked Keanu for money, nor did he have to. Reeves personally handed him a Christmas bonus of $20,000 to help him get back on his feet again.

It’s not just individual people that he’s helped – Keanu Reeves has often voluntarily ‘taken one for the team’ when filming his movies. On more than one occasion, he has deferred his own income for the greater benefit of the film, as a whole.

One instance of this incredible generosity was his $2 million sacrifice for the movie, The Devils Advocate. In order to ensure the producers had enough money to secure Al Pacino for his role in the film.

That wasn’t the only time he made a bold move like this one.

He also sliced the majority of his income from The Replacements, in order to leave enough wiggle room in the movie’s budget to accommodate the salary of the legendary Gene Hackman.

It’s important to realize nobody asked or even suggested that he take a pay cut, these were voluntary financial sacrifices he made for the greater good of the films.

Keanu Reeves doesn’t just give people monetary donations, he truly appreciates the value of extensive gift-giving as well. When he was on set filming The Matrix Reloaded, Reeves worked very closely with his stunt crew on a daily basis, and got to know the group of men that worked alongside him, perfecting his stage presence by lending their skills to his bike stunts.

When they wrapped filming, Reeves personally selected a specific Harley Davidson for each and every stunt man and gifted it to them as a thank you for their efforts.

Seattle Post-Intelligencer quotes Keanu’s reasoning for this generosity; “I just wanted … to give a bigger thank-you to all these guys who helped me make this.”

Following the trail of supposed million-dollar handouts led us to an account in The Wall Street Journal that clarifies he cut money out of his contract to better fund the special effects, production and design departments.

Modest in every way and never one to flaunt his good deeds in an effort to gain recognition, Keanu Reeves silently shuffles millions of dollars towards helping those in need. He created his very own charitable foundation that helps people suffering with various forms of cancer. His sister is a leukemia survivor and he created this in her honor. He also donates to SCORE (Spinal Cord Opportunities for Rehabilitation Endowment), a charity founded in support of hockey players with spinal injuries.

There are a number of charities he assists with and contributes towards, none of which are ever used by him to garner credit or media attention. He silently assists, and departs with quiet kindness.

When actors play large roles in movies, they are of course paid a handsome salary for their work, most of which is based upon their experience and level of popularity. After the value of their contract is secured, they also negotiate the value of their ‘back end points,’ which is the commission of earnings. Otherwise known as a chunk of change based on how much money the movie makes, these back-end points translate to millions of dollars, especially when it comes to movies as successful as The Matrix.

Keanu Reeves once again proved that he’s more interested in helping those around him than creating more wealth for himself. He took his back-end points (percentage of earnings) and donated every penny to the special-effects and costume-design team.

He truly believed that everyone who worked tirelessly towards the success of the movie should be rewarded.

Perhaps the rest of Hollywood could take a page from Keanu’s book, and pay it forward by helping those in need rather than padding their already substantial bank accounts.