It doesn’t matter if you broke up last week or six months ago — it’s totally OK to have some lingering feels for an ex. After all, feelings simply can’t be turned off like a light switch, especially when you shared a lot of history. Wouldn’t it be great if you could figure out whether you and your ex were on the same page? While it’s impossible to know with certainty that they’re still pining after you, experts say you can look out for certain signs your ex is over you.

Being aware of these signs is beneficial for many reasons. For one, it may help you to gain a sense of closure, so you aren’t stuck wondering “what if…?” If you’re secretly hoping that there’s a chance of reuniting, a reality check may be just what you need to move on more easily. Thus, you may be more apt to find someone who’s emotionally available to you.

“It’s like ripping off a bandaid: It hurts but not as long as it would holding out hope that you’ll get back together,” explains Susan Trombetti, matchmaker and CEO of Exclusive Matchmaking.

Here’s the thing: Post-breakup behavior can be exceedingly difficult to read. Just because they unfollow you on social media, for example, doesn’t mean they’re over you — in fact, it can potentially suggest the opposite, because it’s too painful to look at your pics. And just because they dropped your belongings off doesn’t mean they don’t still have feelings for you. It may actually mean that they can’t handle reminders of you lying around.

That said, experts agree that these specific behaviors may point to the possibility that they’ve moved on.

Things appear to be getting serious with their new bae. 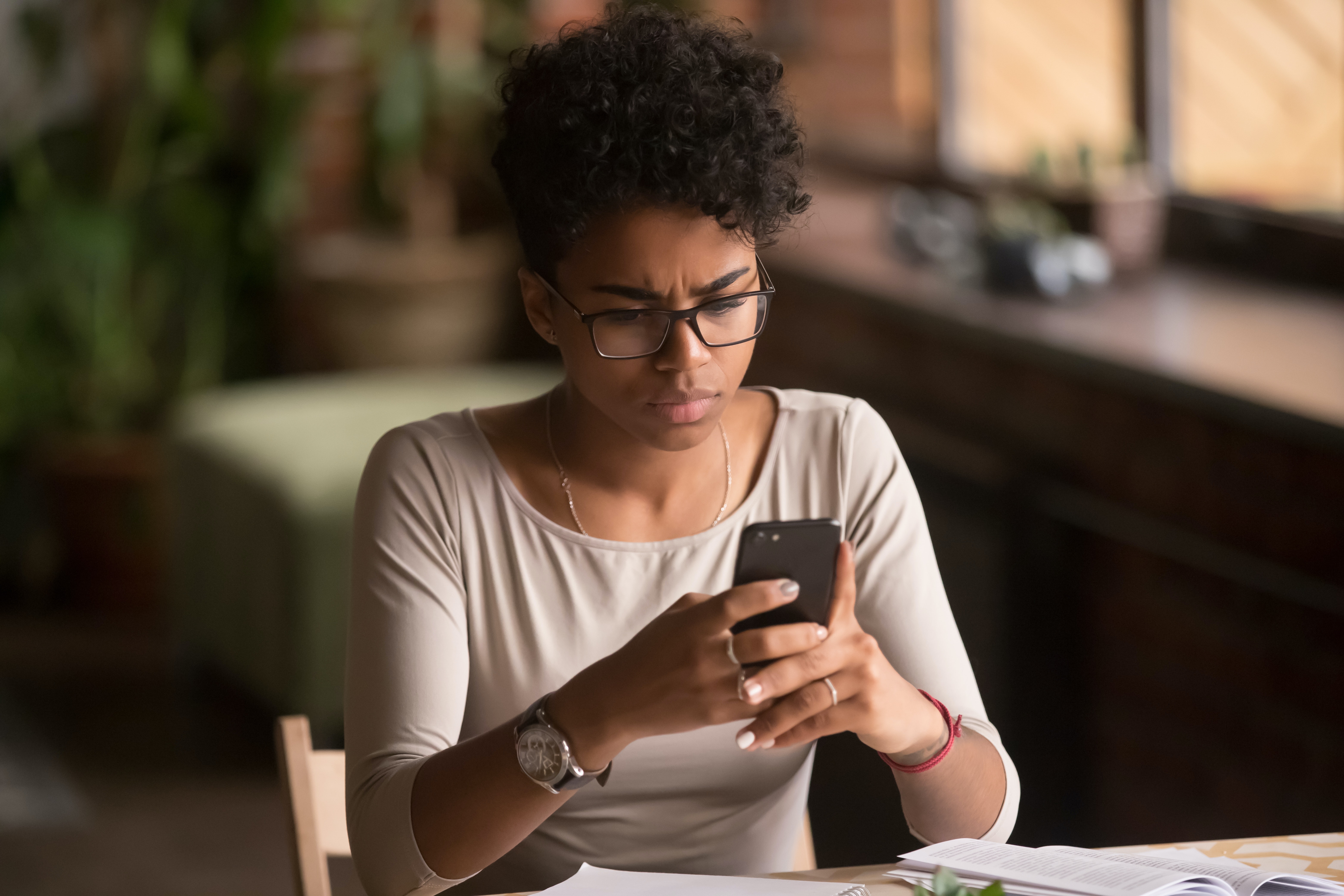 Just because your ex is dating someone new isn’t necessarily a guarantee that they’re over you. (Ever heard of a rebound?) But if they seem to be happy in their new relationship, then that can surely indicate that they’ve closed your chapter and opened a new one.

So, how can you tell the difference? If you still follow them on social media, then it may be pretty easy to figure out. Trombetti recommends taking note if your ex refers to their new boo as "the love of their life" or if there are any other signs that their new relationship has taken a serious turn (such as them putting a label on it, meeting each other’s families, traveling together, moving in together, etc.). But keep in mind that if your ex seems to be flaunting their new relationship all over social media, that might be because they’re trying to prove something, and not because they’re genuinely happy.

Your communication has been dwindling.

If you and your ex cut off contact after the breakup, then this sign doesn’t really apply. However, if you kept up communication either because you were attempting to remain friends or keeping the romantic door open, and they’ve been reaching out less and less (or not at all), Trombetti says that may be a sign that either their feelings for you are diminishing, or they’re determined to get over you. And if they’re taking longer and longer to respond, that’s a hint that their priorities have shifted.

"They don’t call you anymore with good news — you hear about their new job or promotion through the grapevine," explains Trombetti. "When you do talk they don’t even realize how long it’s been."

For example, if they always used to text on your birthday and they suddenly stopped, that’s worth noting. It could either mean that they forgot, because you’re not as prevalent on their mind, or that they aren’t as motivated to maintain contact because they don’t foresee you getting back together.

They stopped asking for your opinion. 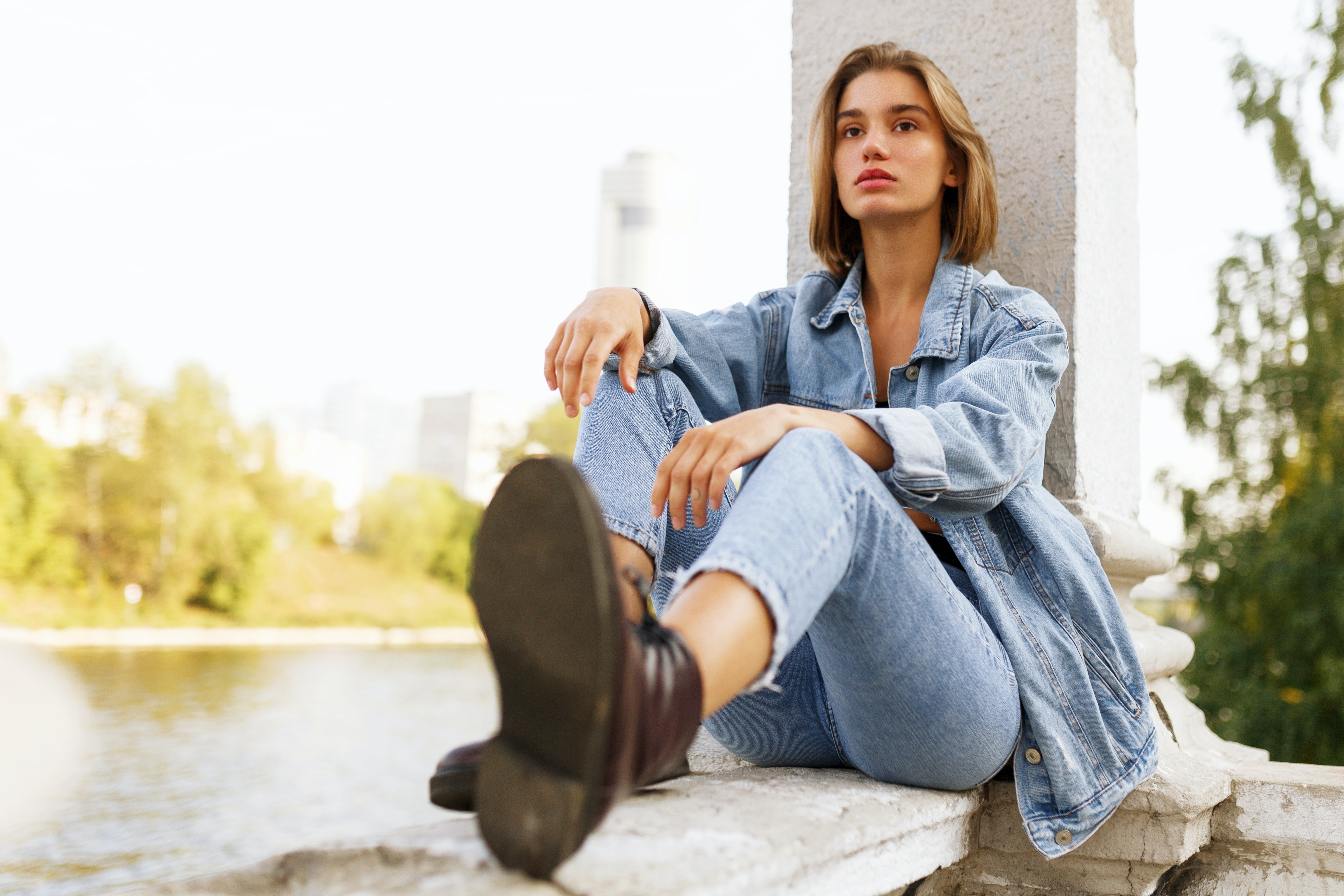 Your ex used to value your take on everything, from what they should wear to their upcoming job interview to which true crime podcasts they should be listening to. If it seems like they’ve stopped asking for your opinion, Trombetti says they may be over you — or, alternatively, in the process of at least trying to get over you. This change in behavior suggests that they simply don’t value your opinion as much, which may be because they don’t envision a possible future with you anymore.

When you run into each other, they’re chill AF.

Running into your ex is always a possibility if you live in the same zip code — especially if you still share mutual friends, or frequent a lot of the same bars, coffee shops, etc. Pay attention to how your ex acts when that happens. Do they seem awkward, or happy to see you? Do they reminisce about old times? All of those behaviors can hint at lingering feelings. But if your ex appears totally casual and comfortable in your presence, they’re either an incredible actor (and they’re freaking out on the inside) or their feelings for you may have changed.

If you’re still not over your ex but you suspect they’re over you, Trombetti says there are several things you can do. She advises seeking out a breakup coach, who can help you to navigate some challenging emotions associated with your split, refraining from looking at their social media, and address whatever personal issues might have contributed to the end of the relationship.

“Realize that we all have bad dating patterns and make a change,” she adds. “You will be stronger and more confident in yourself moving forward and able to select the best partner for you because of it.”

Remember: none of these signs guarantees that your ex is over you. Of course, realizing that your former bae isn’t hanging their hopes on getting back together can be tough to swallow. But as Trombetti notes, letting go of your past is the best way to pave the way for romantic happiness in your future.

You can’t know for sure whether or not your ex is still holding a torch for you, but ultimately, it’s not really your job to figure that out. Rather than focusing on their feelings, try focusing on yours. And above all, remember to be patient with yourself. Getting over someone isn’t something that happens overnight, nor does it happen in a straight line. Embrace the journey and every bump along the way knowing that you’ll be a wiser, more self-aware future partner because of it.