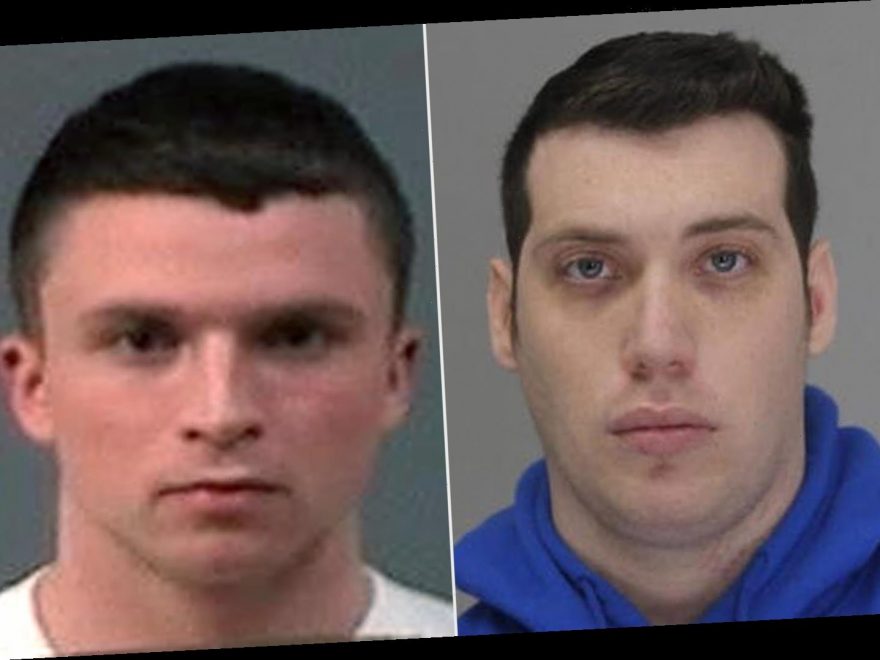 Two cheerleaders have been arrested this week on sex offense charges.

Scianna, 25, briefly appeared on Netflix's Cheer. He was shown in the fourth episode with Gabi Butler while they both were in a photoshoot for Rebel Athletic. Netflix had no comment when reached by PEOPLE Friday.

The cheerleader and choreographer was arrested on Feb. 3 after he allegedly arranged to meet up with a minor for sex, the Chesterfield County Police Department said, ABC 8 News reported.

According to the outlet, Scianna was charged with taking indecent liberties with a child and use of an electronic communication device to solicit sex.

"He likely has a lot of possible contact with juveniles, with underage kids," CCPD Sgt. Winfred Lewis told USA Today. "Hopefully if there are any more victims out there that for whatever reason, maybe because of his stature, didn't want to come forward, that they reach out to the police department so we can investigate further."

Scianna is reportedly being held without bail at the Chesterfield County Jail. It was not clear if Scianna has obtained legal representation.

The Chesterfield County Police Department did not immediately respond to PEOPLE's request for comment.

Meanwhile, Ryan, 23, was arrested in Dallas County by the Coppell Police Department on Feb. 4 on a charge of felony aggravated sexual assault of a child, according to jail records obtained by PEOPLE. He posted his $50,000 bond and was released early Friday morning, the records show.

USA Today reported that his arrest was in relation to an incident that allegedly occurred on July 24, 2020.

The Coppell Police Department did not immediately respond to PEOPLE's request for comment.

"This has been a nightmare for Mitch and his family," Ryan's lawyer said in a statement to USA Today. "We look forward to Dallas County hearing the truth and this case being over."

Ryan was on the Navarro College cheer team that was featured in Cheer but did not appear in the show.

The U.S. All Star Federation has reportedly suspended Scianna. Ryan has not been suspended, and USA Today said that the USASF has been aware of the allegations against him since last year.

The USASF did not immediately respond to PEOPLE's request for comment Friday.

Navarro squad member Jerry Harris, who was a prominent character on the Netflix docu-series, was arrested in September on a federal charge for allegedly producing child pornography. He was later hit with seven additional charges of alleged sex crimes and child pornography.

In a September statement, Netflix said, "Like everyone we are shocked by this news. Any abuse of minors is a terrible crime and we respect the legal process."

In December, Harris, 21, pleaded not guilty to seven charges total, including four counts of sexual exploitation of children, one count of receiving child pornography, one count of traveling with the intent to engage in illicit sexual contact with a minor, and one count of enticement.

Harris is also being sued by two underage twin brothers who filed a lawsuit against Harris for allegedly sexually abusing them and demanding nude photographs from them. The suit, filed in Texas days before Harris' arrest, was obtained by PEOPLE and states the plaintiffs are both competitive cheerleaders who first met Harris in 2018, when they were 13.

The suit alleges he leveraged his prominence in the cheerleading community to groom the two for abuse.

While Harris' attorney has not commented on the charges, in September a spokesperson for Harris released a statement regarding the lawsuit, saying, "We categorically dispute the claims made against Jerry Harris, which are alleged to have occurred when he was a teenager. We are confident that when the investigation is completed the true facts will be revealed."

If you or someone you know has been a victim of sexual abuse, text "STRENGTH" to the Crisis Text Line at 741-741 to be connected to a certified crisis counselor.