The Burj Al Arab is frequently recognized as the world’s most luxurious hotel.

Built in 1999 for $1 billion on a man-made island that has private beaches on three sides, theBurj consistently ranks among the most elite hotels in the world.Guests have to pass through a guarded bridge before entering the hotel property.

While it’s no secret the hotel is one of the best, it may be surprising that its helipad was temporarily used as a tennis court and that a fleet of Rolls-Royce cars remain ready to chauffeur guests at all times.

Read more:I didn’t think the $1 billion hotel considered ‘the most luxurious in the world’ could possibly live up to the hype. I was very wrong.

Keep reading for a look at some of the most surprising facts about the world’s most luxurious hotel. 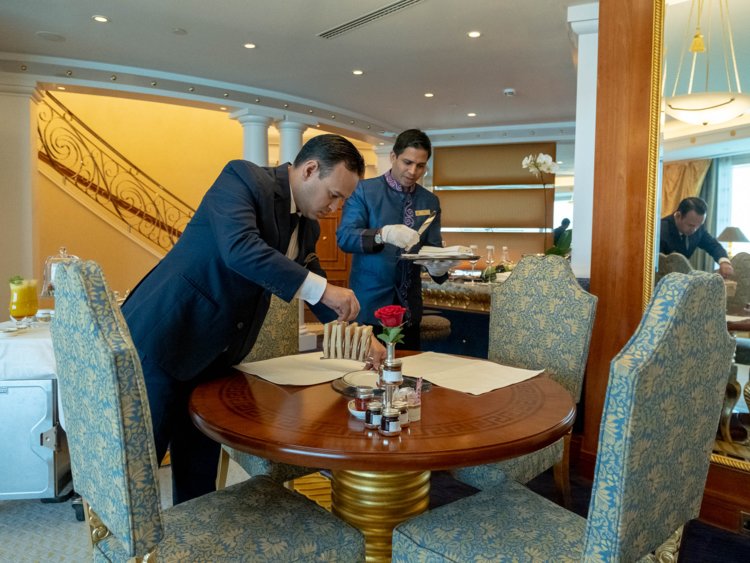 With private,24-hour butler service to every suite, simple room-service requests are easily fulfilled.

Business Insider’sHarrison Jacobs reported that the hotel staff outnumbers guests with a 6:1 ratio. With more staff than guests, the hotel is able to cater to every need without shortage. 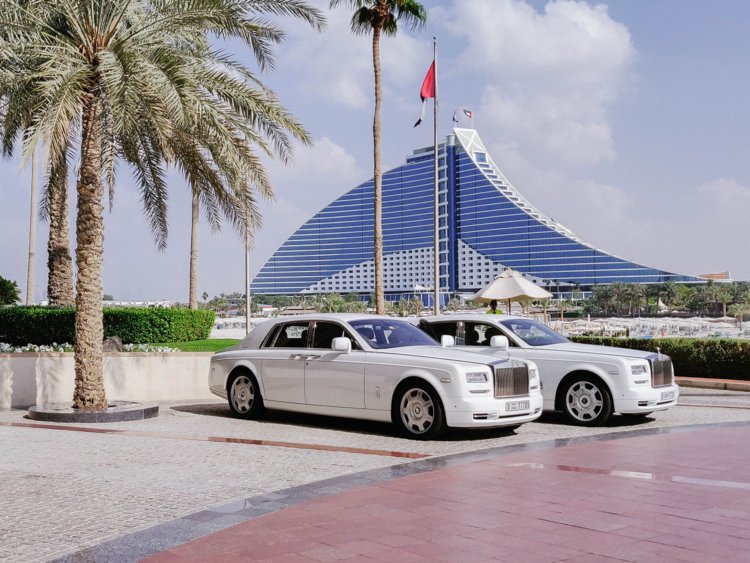 Guests have the option to receive airport-pickup upon landing in Dubai. While many luxury hotels offer this amenity, fewhave a fleet of Rolls-Royce cars at their disposal. Pricesbegin at AED 1,000, or $272, per ride.

3. The hotel has a private helipad that can be transformed into a golf green — and was temporarily turned into a racetrack in 2013. 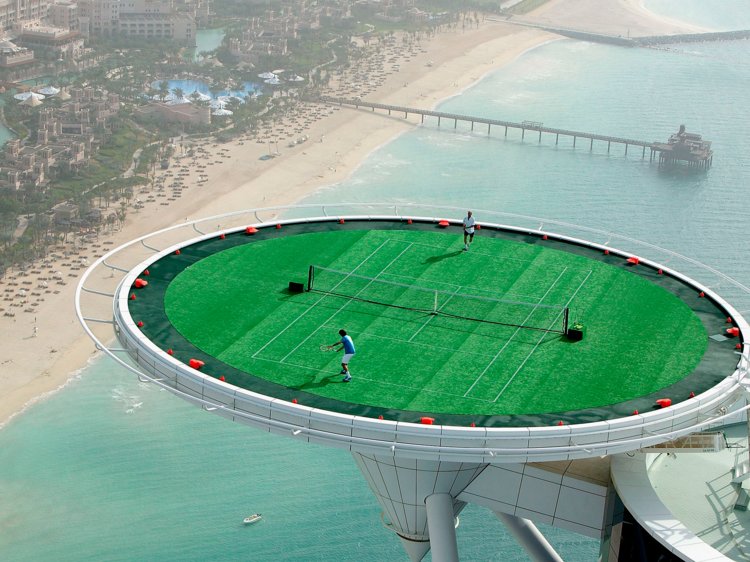 Over the years, the surface has been transformed into a golf green twice;Tiger Woods andRory McIlroy have both hit golf balls on the helipad. Tennis stars Andre Agassi and Roger Federer also played an exhibition tennis matchin 2005.

In 2013, the helipad temporarily became a racetrack, wherea Red Bull Formula 1 race car performed donuts 696 feet above sea level.China’s top table-tennis players have also used the helipad and, most recently, the surface was a starting point for anextreme kiteboarding stunt.

In addition, weddings have been held on the open-air platform. 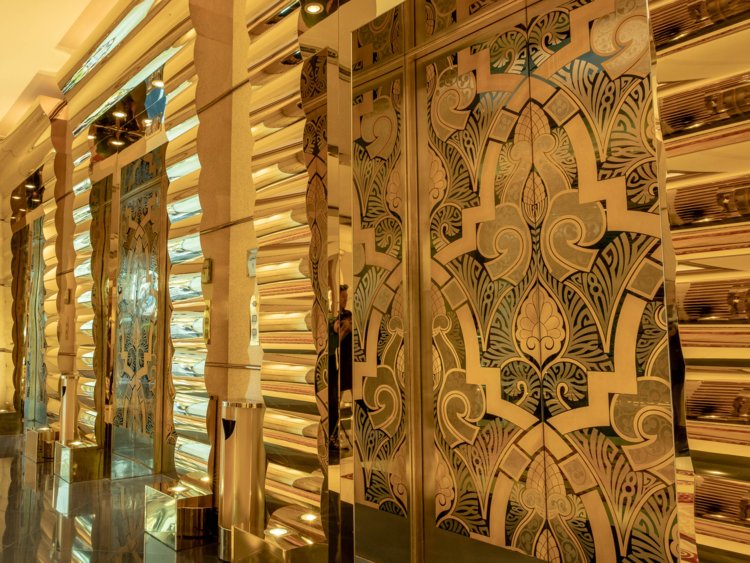 Gold-covered items include24-karat elevator doors and massive pillars in the lounges. In addition to gold, a ceiling in one of the hotel restaurants holds the record for thelargest Swarovski crystal ceiling.

5. The hotel is home to the tallest atrium in the world. 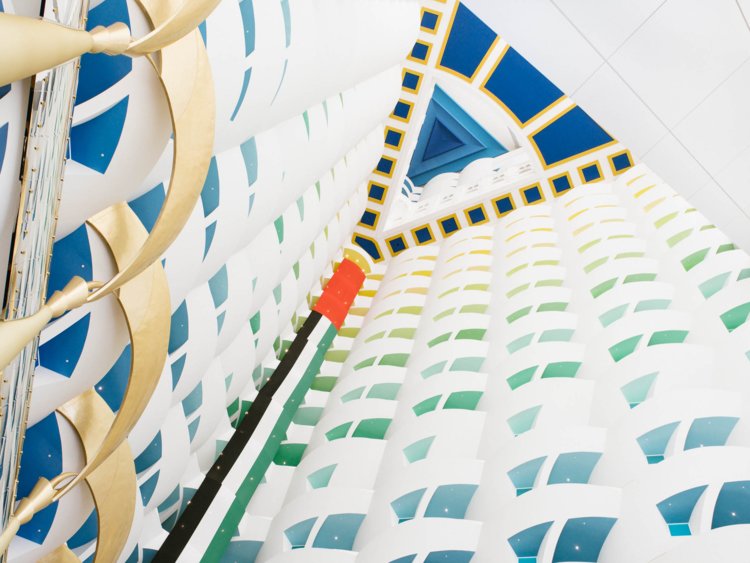 WhenBusiness Insider’s Harrison Jacobs visited the Burj Al Arab, he reported that the colorful atrium is the tallest in the world. The atrium is 590 feet tall.

6. There is no such thing as a single room in the hotel: They’re all deluxe suites. 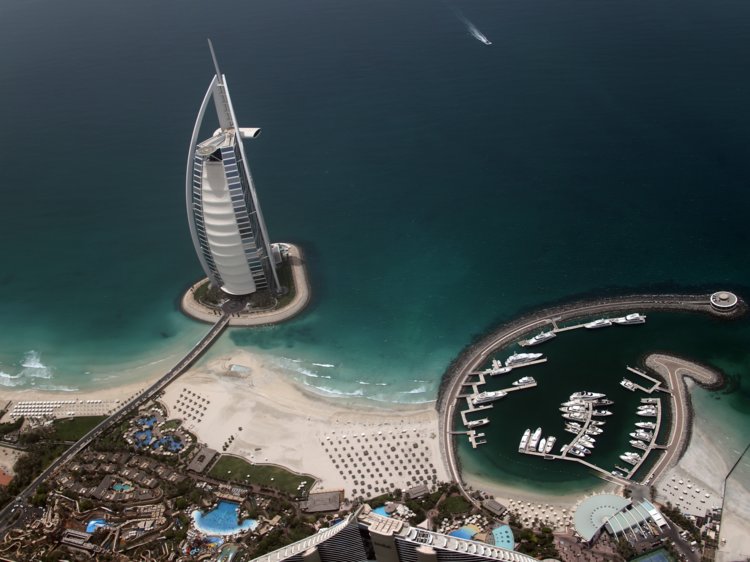 Due to thehotel’s triangular shape— which mimics a ship’s sail — every room is a deluxe suite.

Every booking is aduplex suite or larger, full of amenities.

7. The mattresses in the suites can cost up to $15,000 and the bedding is stuffed with duck feathers. 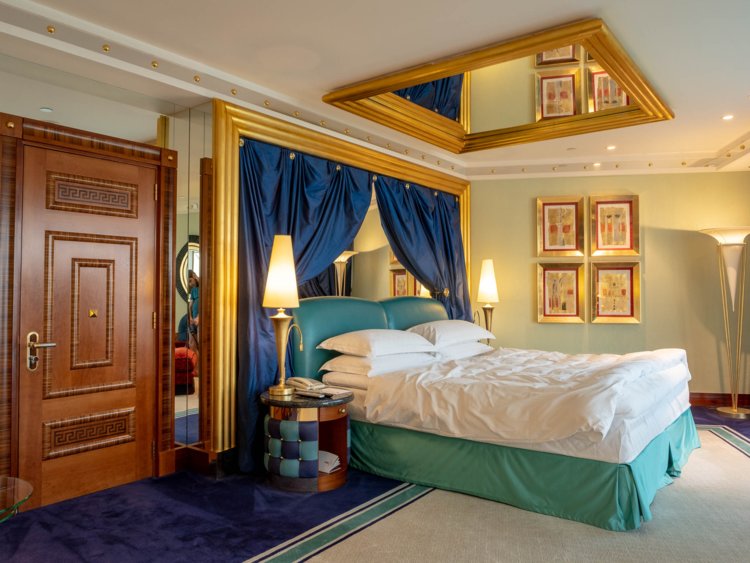 According toBusiness Insider’s Harrison Jacobs, “The bedding is made of Eiderdown feathers harvested from the abandoned nests mother Eider ducks use to keep their eggs warm.”

8. There are also pillow menus. 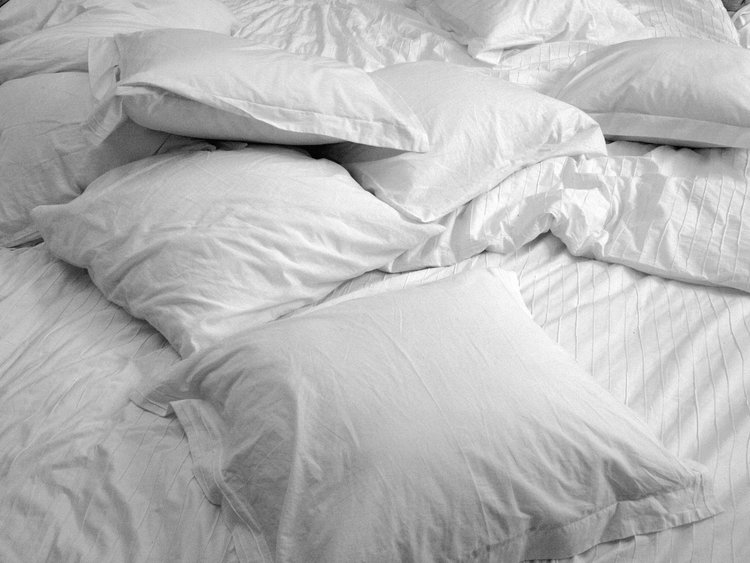 Guests can choose from17 types of pillows, which vary in size and firmness. 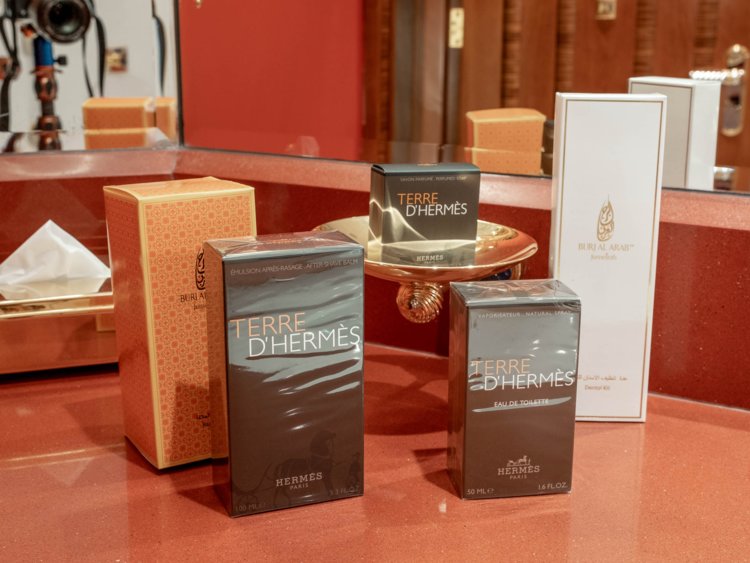 10. Guests receive a 14-karat gold iPad to use during their stay. 11. The hotel’s flagship restaurant is led by a Michelin-starred chef and features a $266 bass on the menu. 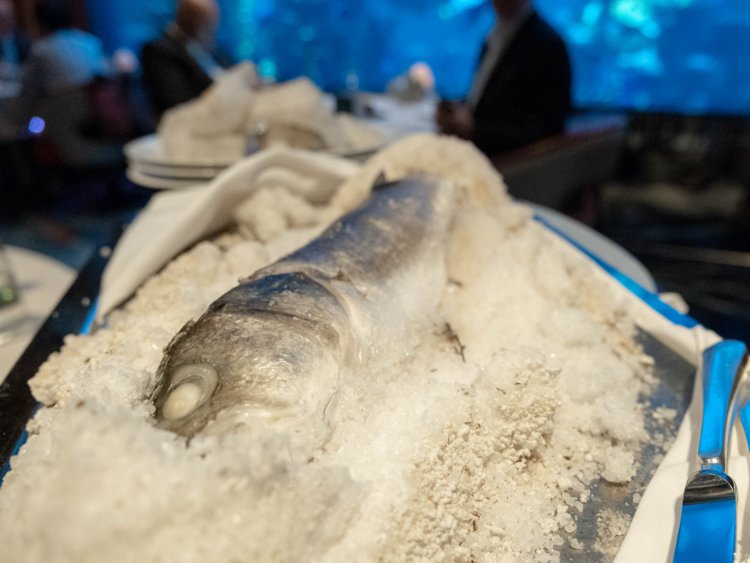 The hotel also features gold-encased wine racks. A tasting menu with a wine pairingbegins at $475 per person.

SEE ALSO:There's a $1,000 price difference for a room in the 'world's most luxurious hotel' and its 5-star sister hotel next door. I stayed in both to see how they compare — and the winner was clear

NOW READ:High-end hotels are expanding beyond the classic minibar, and they're making it easier than ever to get drinks