11-year-old launches dessert business out of her parents’ driveway

Isla Davis and her mother Alyson Davis joined ‘Mornings with Maria’ to discuss how she started her dessert business out of a shed at only 10-years-old.

At only 10-years-old, Isla Davis turned her passion for baking into a full-scale business by launching "Isla’s Divine Desserts," a small dessert business operating out of a shed on her parent's property.

The unprecedented success of Isla's business prompted her mother Alyson to quit her job and become her full-time business partner, an entrepreneurial crossroad that she concluded was "best to come together."

"I had the idea to start my own business, and I had always seen like, 'Kids Baking Championship.' I knew that a lot of them had their own business and I wanted to be just like that," baking entrepreneur Isla Davis said on ‘Mornings with Maria,’ having celebrated her 11th birthday by joining host Maria Bartiromo Wednesday morning.

SHOPIFY PRESIDENT: SMALL BUSINESSES IN AMERICA ARE THE BACKBONE OF THE ECONOMY

Isla found inspiration to turn her passion into profit through the hit Broadway musical, "The Waitress," which tells the story of a small-town baker who turned her dream into a reality.

After the idea for a self-sought baking business was hatched, Isla's mother set up a table at the end of the driveway with an umbrella, and the rest was history. 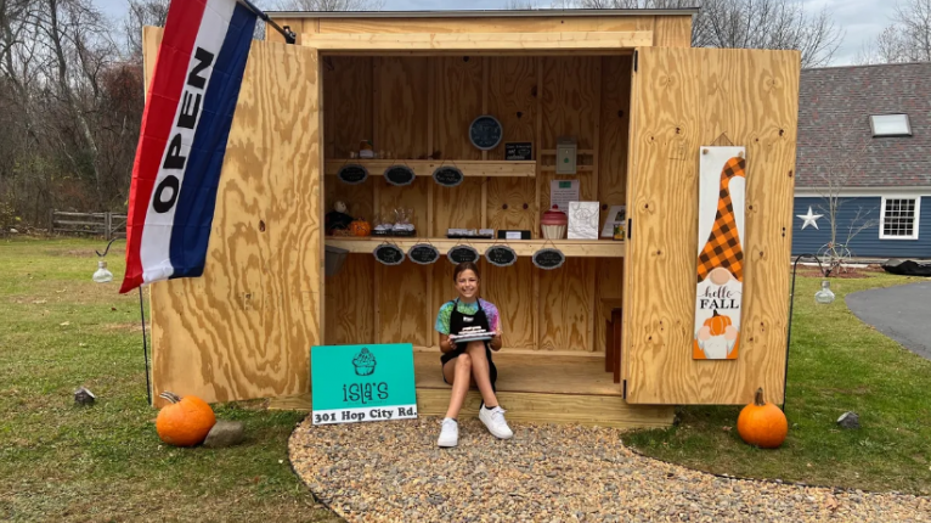 "One day when I came home from school, my mom had set up a little table at the end of our driveway, and we had a very small little table with an umbrella up and our sign. And then that was how we started, but then we eventually built our shed. And then we got shelves. And then, here we are."

Isla's mother Alyson said that business started off "very slow," but through the help of their own website and social media, suddenly took off. With the massive uptick in business, Alyson quickly realized that her daughter would not be able to keep up with all the baking demands on her own. 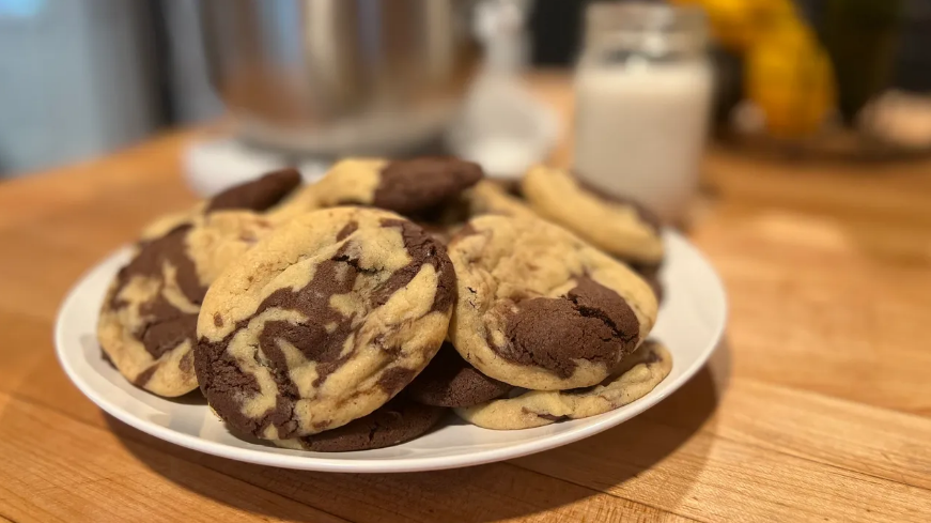 Featured is a picture of Isla’s ‘Brookies,’ also known as a brownie cookie, which come in a 4″ x 4″ box filled with about 5-6 cookies.  (Isla’s Divine Desserts / Fox News)

"Time was the enemy, and we just didn't have enough of it. And so, I decided that it was best to come together with Isla and form a partnership. And so now I help her bake and [Isla] kind of tells me what to do in the morning, and she helps prep everything, so we know what's going to be out every single day," Alyson said Wednesday.

HOLIDAY BAKING WILL BE MORE EXPENSIVE THIS YEAR AS INFLATION, SHORTAGES CAUSE COSTS TO RISE

Isla told host Bartiromo that her decision to launch "Isla’s Divine Desserts" has taught her a lot about business management and pricing, a skill that she otherwise would not have developed at her young age. 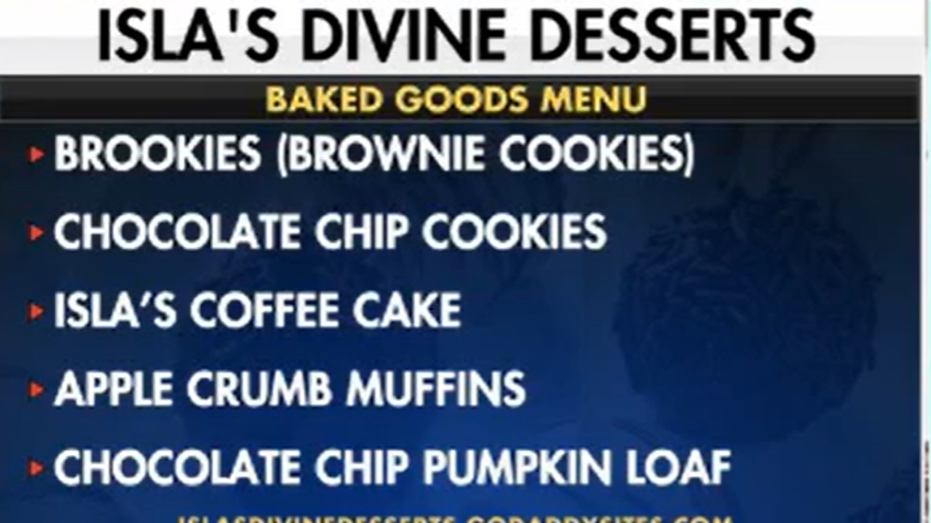 "When I started the business, I thought that I would just go to my parents for all the business stuff because I didn't think I'd be very good at it. But I'm learning how to price things out and how much things cost, and how much it costs to make something. And I think that that's a good skill to learn. So I'm glad that I started doing that," Isla said.

You can taste Isla's delicious homemade baked goods yourself by visiting her website islasdivinedesserts.godaddysites.com and placing an order today.