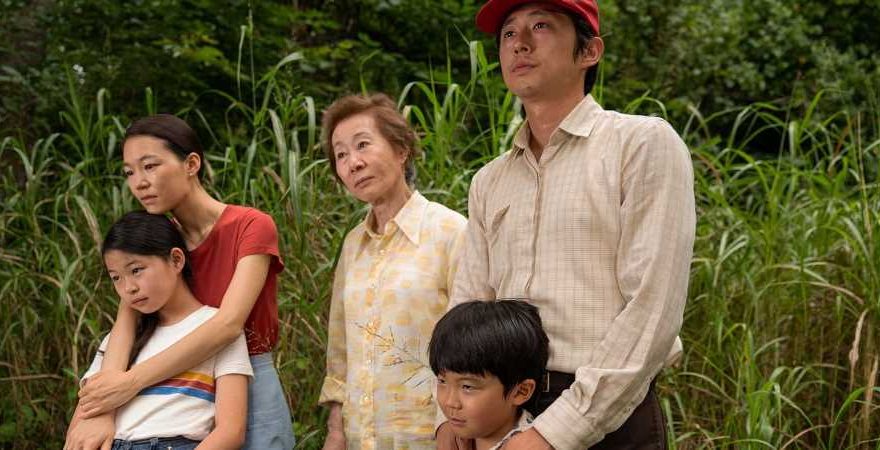 The 93rd Academy Awards capped off an odd but rewarding year in film, with an intimate ceremony set in a major transit hub and other locations around the globe, because what are space and time? Participants beamed in from abroad, speeches unfurled endlessly in an orchestra's absence, and Zendaya dressed like Cher. After an awards season that mostly swapped the red carpet for Zoom breakout rooms, the Oscars felt like a chaotic step toward normalcy.

But there can only be so many Oscar winners. And somehow, despite doing "Da Butt" on national TV, Glenn Close is still not one of them. So many deserving artists and films show up for the big night every year, and most of them leave having lost more than they won. Don't feel bad, they'll be fine! Plus, their deserving work lives on just a click or two away for you to stream. These titles may not have been showered with multiple awards, but they're definitely more than worth a watch.

One Night in Miami

Regina King was the MVP of an unusual Oscars ceremony, kicking off the show with an enviable strut into L.A.'s Union Station, a concise and on-point statement of social context, and presentations of the first few awards. King's own directing debut, One Night in Miami, was nominated in a few categories, but went home without a statue. As the title suggests, the film imagines a fateful evening in 1964 when Malcolm X, Muhammad Ali, Jim Brown, and Sam Cooke (played by Supporting Actor nominee Leslie Odom Jr.) meet and carry on like kindred spirits. Between moments of joy and camaraderie, they also discuss the social movements calling for radical change to American ways of life. It's a beautifully rendered and timely reimagining of history with knock-out performances from its cast, which includes Kingsley Ben-Adir as Malcolm X.

Accepting for Best Supporting Actress, Yuh-Jung Youn gave one of the most memorable — and relatable — speeches of the night, first telling presenter Brad Pitt that it was nice to finally meet him. Director Lee Isaac Chung's film about a Korean American family forging a new life for themselves in rural Arkansas has been a critical and awards season favorite, with nominations across a number of major categories, including Best Picture. Youn, very much a star of Korean cinema, brought home the film's sole win, and it was a historic one —  she is the first Korean actor ever to win an Academy Award.

This film adaptation of August Wilson's 1982 play takes viewers inside a lively, perspiration-rich recording session with its title character, played by Viola Davis and based on a real singer commonly known as the Mother of the Blues. Set in 1920s Chicago, the story is part of Wilson's Century Cycle, for which he wrote a play set in each decade of the 20th century that chronicles Black American lives. In this case, Black musicians, including one played by the late Chadwick Boseman, are caught in a rigged game with white record producers; in order to achieve mainstream success, their music must appeal to white audiences, and they witness their unique sound appropriated into the maw of capitalism. Both Davis and Boseman give electric performances, no less extraordinary for not also nabbing them Oscars.

If there were ever a question of whether we needed another adaptation of the Jane Austen classic, director Autumn de Wilde's vivid and delightful take comes through with a resounding yes. Nominated for costume, makeup and hair design, Emma was one of the year's most sartorially stunning achievements. Before The Queen's Gambit took over Netflix queues around the world, Anya Taylor Joy stole our hearts and colonized style vision boards everywhere with her performance as the matchmaking heroine. Complete with The Crown's Josh O'Connor as Mr. Elton, this Emma may be the only one we'll ever need. (Sorry, Gwenyth.)

Where to stream: HBO Max

Best Sound and Editing winner Sound of Metal was nominated across several other major categories, including Best Picture. Best Actor nominee Riz Ahmed plays a heavy-metal drummer who loses his hearing and joins a group residence for deaf recovering addicts. In coming to terms with his own change in circumstances, Ahmed's character also comes to see the world, and everything he values, in a different and more truthful light. Director Darius Marder's film offers revelatory insight into the lived experience of the Deaf community, which has been so often underrepresented and misunderstood. Ahmed, who learned American Sign Language and underwent sensory deprivation in preparation for the film, and Paul Raci, also nominated for his supporting role, give two of the year's best performances.

Judas and the Black Messiah

Movements for racial justice have never been simple, and director Shaka King's biographical film about the betrayal of Black Panther Party leader Fred Hampton (played by Supporting Actor winner Daniel Kaluuya) isn't afraid to dwell in contradictions. LaKeith Stanfield plays William O'Neal, whom the FBI compelled to act as a secret informant in their mission to take down Hampton. Both actors are riveting in their roles — Stanfield's O'Neal vibrates with shifty anxiety, while Kaluuya lends Hampton a fiery yet calm assuredness. Dominique Fishback also memorably plays Hampton's wide-eyed but no-BS love interest.

Based on the 2008 novel by Aravind Adiga, this rags-to-riches tale serves as a playful yet savage indictment of India's stark class divisions. Led by a breakthrough performance from its young lead, Adarsh Gourav, the movie delivers an adventure story with social critique that's both funny and unnerving. The film was nominated for its screenplay adaptation by Ramin Bahrani, who also directed. Priyanka Chopra, who plays a supporting role, is among the producers, as is Ava DuVernay.

This Sundance favorite documentary gets its name from New York's Camp Jened, a summer camp dedicated to teens with disabilities. Filmmakers Nicole Newnham and James LeBrecht shine essential light on the ongoing movement for equality and accessibility for people with disabilities. Co-produced by Barack and Michelle Obama as part of their deal with Netflix, Crip Camp manages to be both inspiring and bracingly insightful about a movement for social justice that's often left on the sidelines.

Anthony Hopkins' win for Best Actor was an upset for those hoping Chadwick Boseman would win posthumously for his performance in Ma Rainey's Black Bottom. This intimate drama about a man losing his grip on reality flew mostly under the radar before landing multiple nominations, including Best Picture. Based on the play by Florian Zeller and co-written for the screen with Christopher Hampton, who both took home Best Adapted Screenplay, Zeller's film captures the slippery nature of consciousness in old age, positioning viewers inside the confusion and disorientation experienced by the title character. Though the march toward mortality is certainly familiar territory, Hopkins' performance is delicate yet muscular and utterly devastating. Nominee Olivia Coleman also continues to prove she is one of the great talents of her generation.

From The Silence of the Lambs to Dallas Buyers Club, the Oscars have a history of playing into and perpetuating damaging tropes and questionable representations of trans people. The exclusion of Sam Feder's groundbreaking documentary from this year's nominees actually helped to prove the film's point: Hollywood has a long way to go toward elevating and understanding trans artists and stories without mining them for Oscar-baiting trauma. Narrated by Laverne Cox, the documentary features personal commentary from an array of trans talent in Hollywood, from The Matrix filmmaker Lilly Wachowski to Sandra Caldwell, who came out as trans only decades after forging her career.

Writer-director Kitty Green's day-in-the-life film about a young Hollywood assistant was an early critical favorite ultimately overlooked by the Academy. But the film has gained renewed relevance amid the latest airing of bad behavior by Tinseltown bosses. Ozark's Julia Garner plays a newbie in the workforce for an unnamed entertainment mogul, arriving in the office before dawn, making copies, sneaking meals on her feet in the windowless office kitchen. The Assistant is a quiet and delicately observed look at the experience of standing in the face of immense power without much of your own. As we look toward the future of Hollywood and what it could be, this film offers a glimpse at the system that needs to change.

Where to stream: Hulu