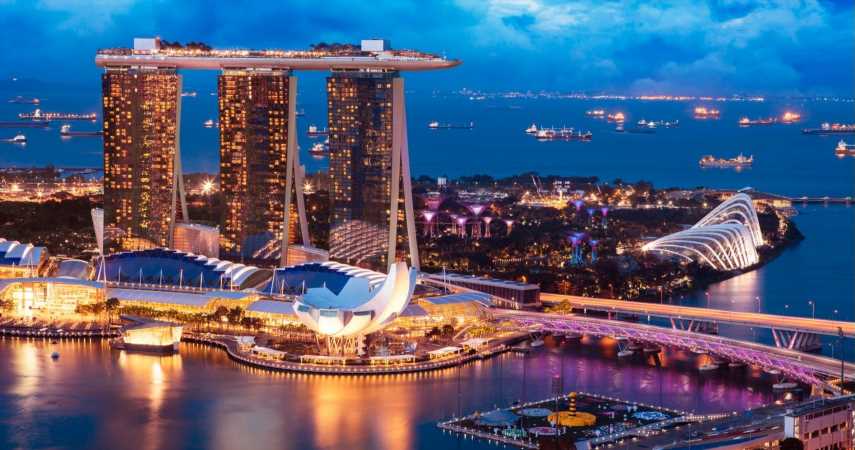 After the decision to move abroad is finalized, choosing a country can become overwhelming, given the multiple options presented worldwide. Many driving factors are considered while moving, including living expenses, the education system, and most importantly, the average annual income for ex-pats in the country. As every country has its specialization in a specific field, the salaries might differ with each profession. Along with the aspect of salary, many factors add to the incentives that make the country an ideal choice for people to move and live with a cultural reset different from their home countries.

The best countries to live in have slowly shifted gears from North America to Europe and Asian countries due to their healthcare plans, incentive programs, and living conditions.

Switzerland is known for its stunning scenery and its quality education. An HSBC survey of 20,460 ex-pats from 46 countries concluded that Switzerland was the best place to live. According to CNBC, while the living expenses are high in the country, it focuses on selling locally grown produce that costs less. The country has 23 Swiss francs an hour minimum wage, which is the highest globally, and an average annual income of $202,865.

One of the most attractive options on the list is the European country Luxembourg which offers high-quality living and education. The country has a low unemployment rate, solid growth, and low inflation. It has a strong tech-driven sector, and the government has introduced a five-year tax exemption for ex-pats, making it a tempting choice.

In 2020, the number of ex-pats living in Belgium was 1.4 million, which is the country’s 14% population. The biggest draws are affordable healthcare, stunning culture sequences, and high-quality education. Belgium has a higher salary for wages than its other European neighbors, with EUR 61,357 as an average annual salary. According to Expatica, Belgium has the lowest gender wage gap in Europe at just 3.7%, and women earn more on an hourly basis than men.

Along with offering subsidized healthcare for its citizens and visa holders, New Zealand also provides a quality work-life balance. In 2020 HSBC Expat Explorer gave New Zealand the first rank in mindset and culture, the second rank for its living, and the third rank overall. The country has a minimum wage salary of $16 per hour for a trainee and $20 for an adult.

Over the last two decades, Australia has become a prime location for ex-pats to live due to its high standard of living, unpolluted cities, and low population density. While the world continues to face an economic crisis, the unemployment rate in Australia is relatively low. According to the second quarter of 2020, the average annual income of a full-time job is $89,122.

The Netherlands is ideal for ex-pats who want to work or study abroad. The country offers high-quality education with affordable healthcare for everyone. As the Dutch are the best known non-native speakers, there is no language barrier. The median ex-pat salary is 48,000 EUR as the employers also pay for their employees’ social security.

Canada is an urbanized country, with over 80% of its population living in large and medium-sized cities. Globally, it is known for its high living standards, education, economic freedom, government transparency, and employment prospects. The average annual income in Canada is $68,250, as noted by CA Talent.

Over the years, the number of ex-pats living in Germany has increased to 250,000 and has become a popular destination. The Ministry of Labor in Germany has announced a gross minimum wage of EUR 9.60, which will ensure that inappropriate low salaries are not provided to any employee across all sectors. As mentioned by Housing Anywhere, Germany is an ideal destination to work. It pays a 10% higher salary than many European countries, with a minimum earning of EUR 1,620 per month.

Norway is an ideal solution for someone looking for a job as the country has an unemployment rate that falls below 3.8% and high salary prospects. The most in-demand jobs in the country are relatively in the IT sector and teaching sectors. Norway offers 31,000 NOK or $3,600 salary per month after tax, which is one of the highest average salaries in Europe.

Singapore has become one of the easiest countries to live in for its tropical weather, cheap public transportation, and optimal safety. Most ex-pats living in the country have to pay progressive resident taxes while the first $20,000 earned is tax-free. The average income of ex-pats in Singapore is $162,172.

Other notable countries include Japan, Turkey, and France. Along with the desire to live in a different country and experience an adventure, people decide to relocate for financial gain, learning, and growth. The countries listed above welcome ex-pats into their land and offered exceptional financial rewards in exchange for their valuable skills.

READ NEXT: Ed Sheeran’s ‘Shape Of You’ Creates History After Hitting 3 Billion Streams On Spotify