A CLEANING expert is now taking her expertise to the kitchen.

Her hack doesn’t have to do with cleaning at all; she’s showing people an efficient way to cut up cucumbers. 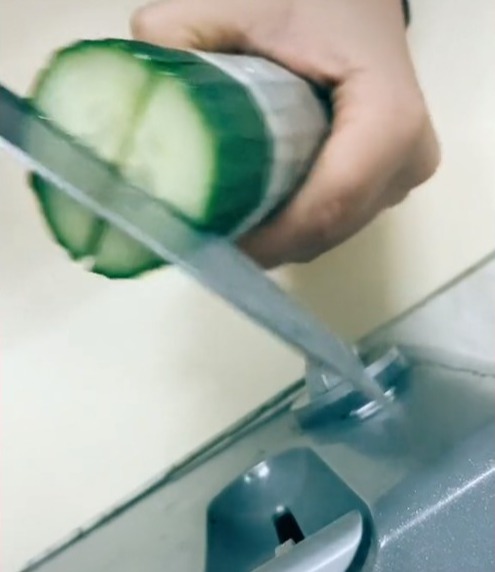 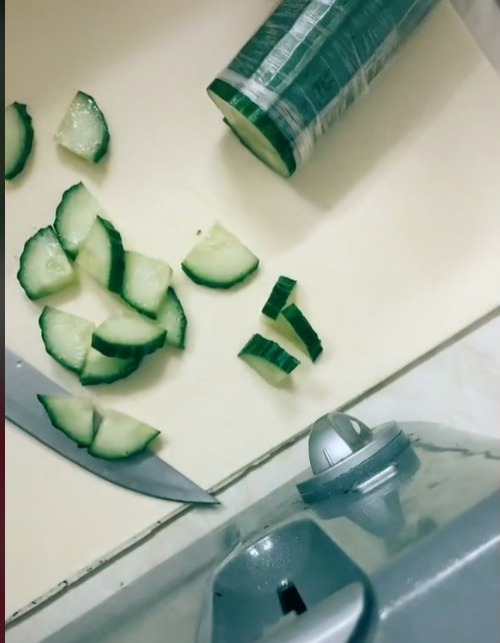 The woman, who normally shares cleaning tips and tricks to her page on TikTok, has revealed her “unconscious standard practice” for cutting cucumbers.

First, you wrap the lower portion of the cucumber in plastic wrap.

Next, you cut an “X” a few inches into the cucumber.

Then, you slice the cucumber as one normally does when they want it to be sliced in rounds.

With these simple steps, you have quartered cucumber slices ready to be set out on a vegetable tray or for the tiny fingers of small children.

This of course is far from the first thing TikTok believes people have been doing wrong.

One woman revealed on TikTok that vegetables like cucumbers should be soaked in vinegar before consumption to remove wax and pesticides.

Another hack shocked the internet when a cooking guru revealed you don’t actually have to clean your mushrooms before cooking them.

“Simply turn them over, snap off the stem, peel them,” the woman instructed.

However, she explained that if you are using the peels for your recipe, you will want to clean those.

And for those in need of tips to make your post-cooking duties easier, a third expert in the kitchen revealed that people have also been scrubbing the stains off their pans wrong.

"Then, you're going to spray a dry sponge with hydrogen peroxide and scrub away!" 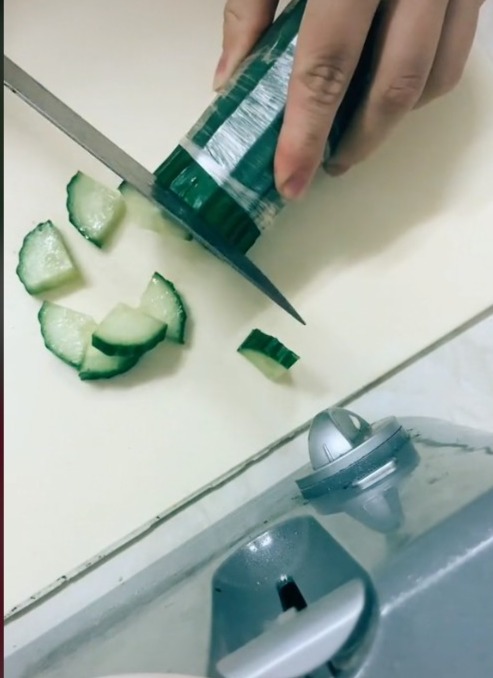