A WOMAN who received an unsolicited d*** pic has taken revenge after making the creep think he had been reported to the police.

The Twitter user known as Fruity Nessa, from North Carolina, shared the unwanted messaged she had received from one of her followers. 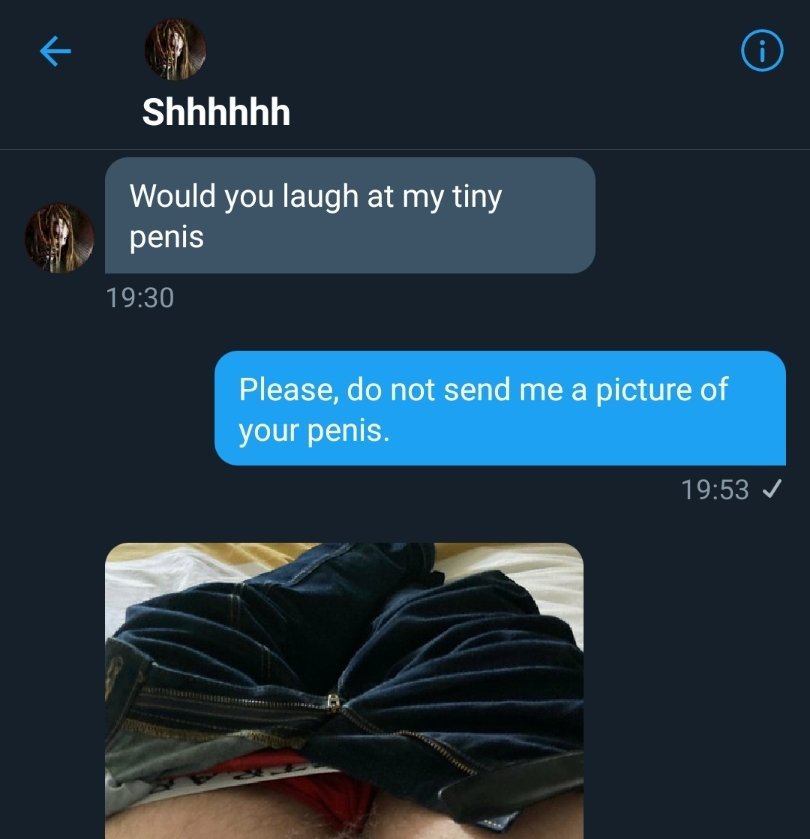 Nessa, who is a proud lesbian, posted screen shots of the message that read “would you laugh at my tiny penis”?

Keen to avoid the explicit image she gave the man a chance to keep it clean, responding “please, do not send me a picture of your penis.”

However, the creep ignored her request, sending her a photo of his genitals.

Keen to teach the man a lesson, Nessa then formulated an “automated” message to fool him into believing he would be reported to the police. 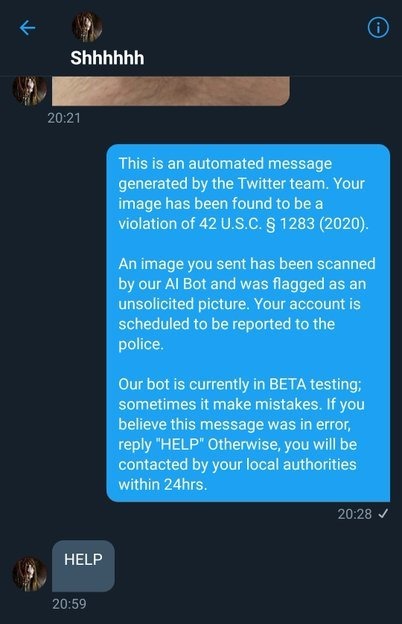 “An image you sent has been scanned by our AI Bot and was flagged as an unsolicited picture. Your account is scheduled to be reported to the police.

“Our bot is currently in BETA testing; sometimes it makes mistakes. If you believe this message was in error, reply "HELP" Otherwise, you will be contacted by your local authorities within 24hrs.”

In a desperate attempt to save himself the perv responded “HELP” with Nessa adding insult to injury responding “no f*** u.”

Her tweet has since received more than 800,000 likes as people applauded her efforts.

“Handled like a boss” responded one, while another added, “I adore this and am going to use it myself on future dangers.”

In other news, this woman got the ultimate revenge on a perv who sent her a d*** pic by convincing him he would lose his job.

And this woman's response to an unwanted snap will strike fear into every man.

Meanwhile a stranger sent a woman a d*** pic on Facebook… and SHE ended up getting banned for it.