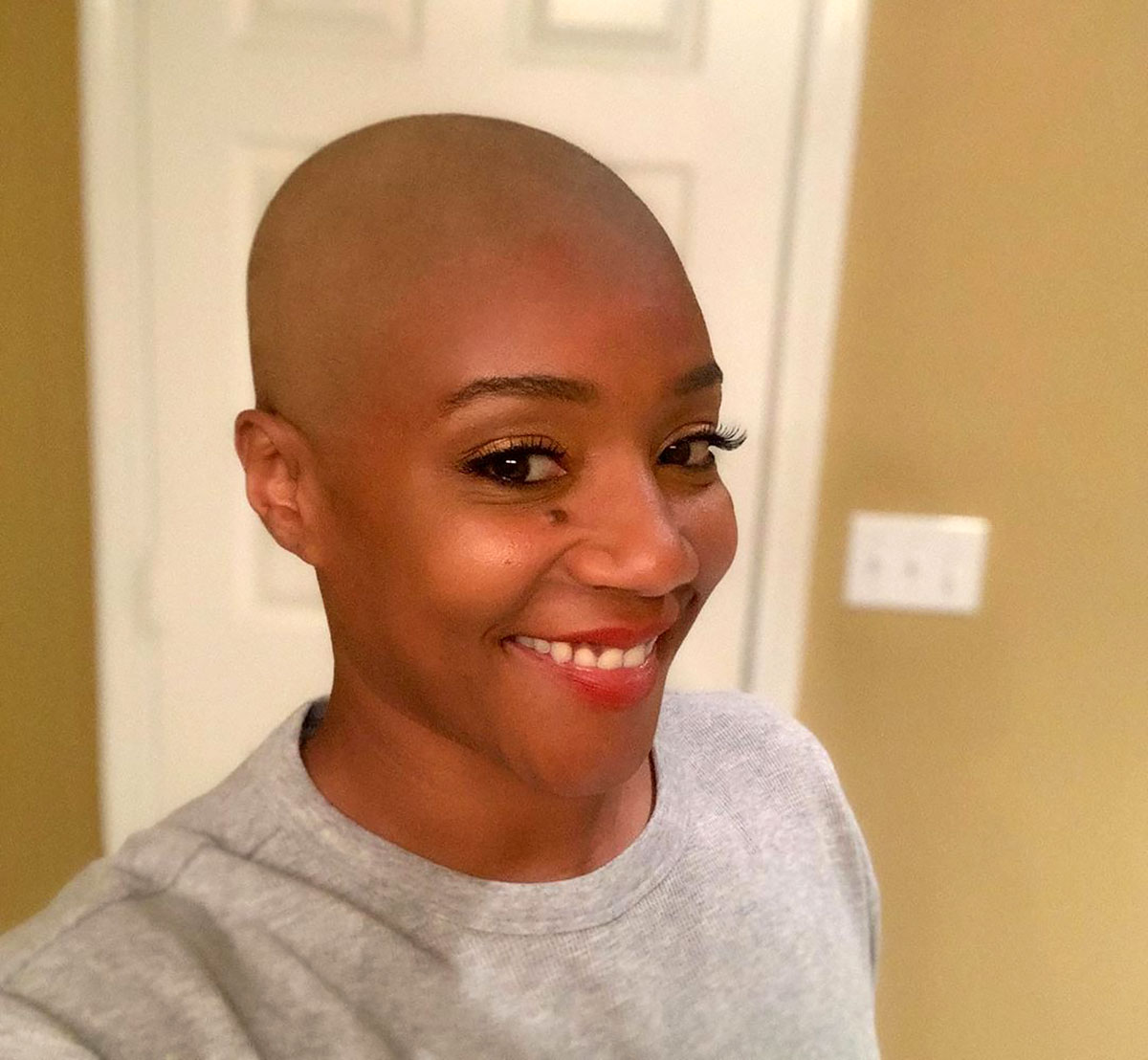 Tiffany Haddish is loving her new look! On July 7, the 40-year-old filmed a 27-minute IGTV video buzzing off all of her hair for fans. The comedian has no regrets about her bald head and has been keeping up the hairless style by buzzing it every two weeks.

During the Monday, August 17 episode of The Tonight Show Starring Jimmy Fallon, The Last Black Unicorn author opened up about the reason why she decided to shave her head in the first place.

“I always wanted to do it,” Haddish told Fallon during their virtual interview. “For years I’ve been talking about cutting my hair and you know, this whole quarantine and everything made me think, ‘Well why not now?’”

“I’m not going to be on any red carpets,” she continued, explaining how she justified the chop. “And if I do have to be on something, they always put me in wigs anyways. And the wigs sit better.”

The actress also sought to learn more about herself on both a physical and existential level. “I wanted to know what I look like from head to toe,” she told viewers. “You know, every religion talks about knowing thyself and I know where all my moles are, except for the ones that were on my head.”

Wigging Out! Stars Are Mixing Up Their Hair Looks With Wigs

Now, Haddish has those answers. “I know I’ve got two moles on my head,” she explained, pleased with her discovery. “It’s a little wrinkly in the back. When it’s all the way gone, it’s very smooth. My head kind of feels like a penis and that’s kind of nice.” She quickly added, “That might be too far.”

When Haddish decided to go bald last month, many fans responded with praise, but some questioned her mental health. “Tiffany are you ok?,” one Instagram follower wrote.She shut down those critics by posting a video that she captioned, “For the people that think I lost my mind.”

Stars Who’ve Hit Back Against Body-Shamers

She introduced the clip by proposing a question for viewers. “Why when a woman decides, ‘Hey, I’m gonna’ cut this hair off because I want to see my scalp, she gotta’ have a mental problem?” she asked.

“Nothing is wrong with my brain you guys,” she continued. “I’ve literally been talking about this for years. I want to see my scalp.”

Listen on Spotify to Get Tressed With Us to get the details of every hair love affair in Hollywood, from the hits and misses on the red carpet to your favorite celebrities’ street style ‘dos (and don’ts!)