Marc Jacobs, Michael Kors and more brands are tapping out of Fashion Month, as designers embrace a new normal amid the coronavirus pandemic. 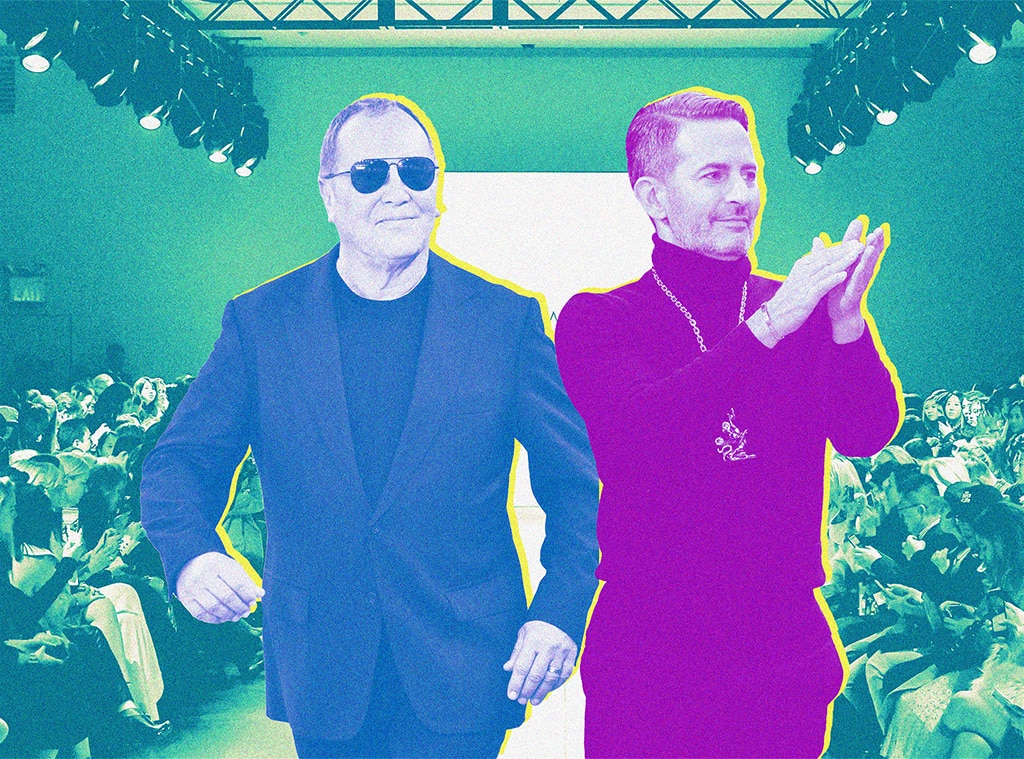 When the coronavirus pandemic began in early 2020, some people wondered if the world would look the same when it was over.

At first, the optimists frowned at the idea that a virus could fundamentally change the world as we know it in the few months that scientists initially estimated it would take to pass. The pessimists, however, were prepared for the ongoing masks mandates and months of working from home.

But even those who anticipated the new normal couldn't imagine that the fashion industry would suddenly change course, with designer brands declaring that they will no longer be held to the schedule of yesteryear.

And yet that's the current state of things as New York Fashion Week kicks off.

On Aug. 27, the Council of Fashion Designers of America released a tentative lineup of the designers who agreed to exhibit their spring 2021 collections from Sept. 13 to 16. Noticeably absent was that of Marc Jacobs, who has ceased production of his designs and is forgoing a runway show entirely.

According to Harper's Bazaar, Marc Jacobs said of his decision in a video for Global Conversations, "Until we discover a new way to work—until we create a new way to work—or a new end goal to work towards, we really have nothing to do." He noted that his team travels across the globe for fabrics and inspiration, something that isn't entirely feasible in the pandemic.

On the bright side, Michael Kors, Proenza Schouler, Brandon Maxwell, Tory Burch and Prabal Gurung, as well as some up-and-coming designers, are delaying their shows until October—or potentially later, depending on the state of the pandemic.

In June, Kors estimated that his spring show will take place sometime between mid-October to mid-November, which is more of a "see you later" than the dramatic "goodbye for now" that he included in a statement obtained by Vogue.

Kim Kardashian Addresses Those Rumors She Has 6 Toes

For those moving full steam ahead with NYFW, the pressure is on to deliver stunning spring fashions and a pleasing presentation.

Tom Ford, Jason Wu, Carolina Herrera and others are working in coordination with the CFDA, which established the new initiative titled RUNWAY360. Per their statement, it's a "digital platform which allows brands the flexibility to show their collections in a variety of formats and at a time that works for them, and engages domestic and international press, consumers, and retailers, most of which are not currently able to travel to New York."

The digital approach is a huge departure from the runway shows that influencers and celebrities are accustomed to, because under this new format the prestigious and exclusive front row is rendered nonexistent.

And though a majority of the shows will take place virtually, Jason Wu is one of the few designers holding a physical presentation, even if he can only invite 36 guests at most. He exclusively told E! News, "I do feel like it's important that New York Fashion Week has a strong representation on the world stage, and I felt like there was something that I could do that would both be safe and also help New York be well represented in the scheme of the whole Fashion Week… It was more a gut reaction, more just something I felt like was important."

That being said, Wu acknowledged he didn't "exactly" know how they'd choose who gets to attend the show and who would watch on their computers, a decidedly less glamorous option.

Some designers aren't willing to jump through such proverbial hoops to show their collections, though. Instead, it seems many are taking advantage of the opportunity to focus on quality of product and the ability to set their own schedule.

As recently as March, it was custom for fashion month to start in New York City. Then, from the Big Apple, critics, influencers, editors and the fashion world at large flew to London, then Milan, before ending their world tour in Paris.

And then COVID-19 happened.

As it was, environmentalists sneered at the festivities because of the sheer amount of traveling, a.k.a. carbon emissions, that fashion month caused. But total in attendees' potential exposure to COVID-19 with the sheer magnitude of such gatherings, and critics were ready to combust when weighing the risk of moving forward with a "business as usual" mentality.

In the past, the consequences of fashion month were viewed by industry insiders with a sigh and shrug of the shoulders, as if to say, 'This is just the way things have always been done.' But, like everything else in the world, the coronavirus has inspired a reckoning of epic proportions.

And, depending on the designer, this isn't entirely a bad thing.

In April, Saint Laurent announced they would be taking "ownership of its schedule," meaning that they would skip the women's spring 2021 fashion week. "Conscious of the current circumstance and its waves of radical change, Saint Laurent has decided to take control of its pace and reshape its schedule," the company shared in a statement. "Now more than ever, the brand will lead its own rhythm, legitimating the value of time and connecting with people globally by getting closer to them in their own space and lives."

Saint Laurent's artistic director, Anthony Vaccarello, further explained the decision to Women's Wear Daily, saying, "Our decision not to be part of any predefined calendar this year stems from our desire to recognize the importance of our time, of our life. A certain way of living more than a certain way of dressing. Slowing down and living the moment reveals all the vulnerabilities of an imprisoned organization. What's out of fashion now is the schedule of the entire system: the shows, the showrooms, the orders."

If Prada's statements aren't a sign of the major shift in the fashion industry, then the open letter signed by Dries Van Noten, Chloé, Erdem and other designers are. The signees are all vowing to be "more environmentally and socially sustainable," while also committing themselves to a schedule that actually makes sense.

Kors said in June that he finds their letter "exciting" and will follow suit with his brand, promising to deliver only two collections instead of the four. In consequence, Kors will no longer be producing resort and pre-fall collections.

Chanel and Dior, traditional in both style and schedule, however, are rolling with the punches. They will be working with the Fédération de la Haute Couture at de la Mode to organize either digital and physical shows that adhere to coronavirus guidelines, even as the number of cases in France steadily rises.

Pandemic, but make it fashion?