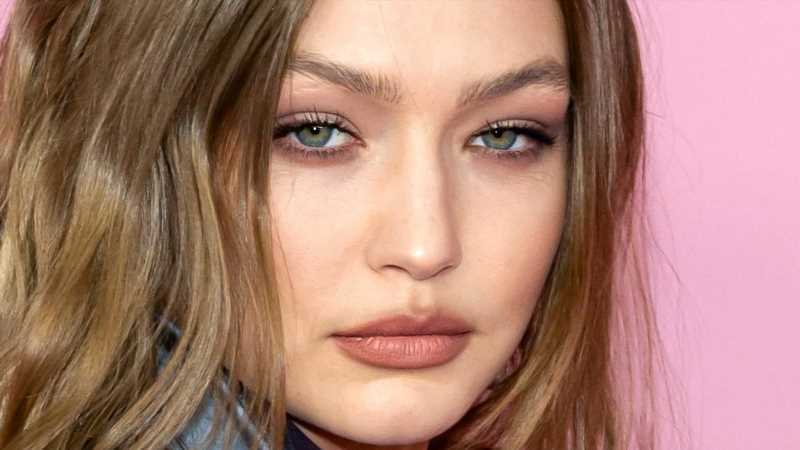 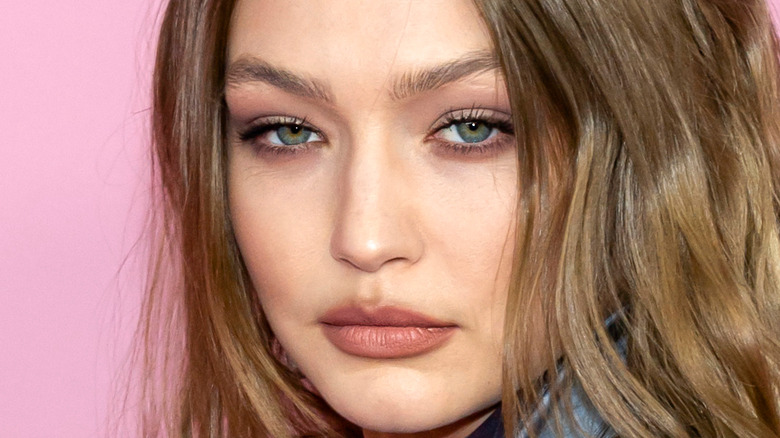 Gigi Hadid is a style icon: She’s collaborated with acclaimed American brand Tommy Hilfiger, walked countless fashion weeks, and is a brand ambassador for cosmetics multinational Maybelline (via Vogue Arabia). As per Teen Vogue, the model has been a Vogue cover girl 35 times and is expected to dethrone Lauren Hutton, who holds the record at 40 covers.

Born in Los Angeles to Dutch model and “Real Housewives of Beverly Hills” star Yolanda Hadid and Palestinian-Jordanian real estate magnate Mohamed Hadid, there’s no doubt Gigi is fashion royalty. And speaking of royals: According to The National, she’s the great-great-granddaughter of the Prince of Nazareth, so we might as well call her Queen Gigi!

There’s no doubt Hadid has lived the glam life since day one, but she is also surprisingly down-to-earth. She recently demonstrated her skincare and makeup routine in a home video for Vogue, revealing she uses drugstore products like the Maybelline Fit Me Matte + Poreless Liquid Foundation, Lanolips Strawberry 101 Ointment Multi-Balm, and Tweezerman Classic Lash Curler. “I’ve always gone for drugstore skincare,” she explained. “I don’t always think you have to pay a lot for [good products].”

Interestingly enough, Gigi’s belief in wallet-friendly buys extends to her fashion choices — and you’d never guess how affordable her latest go-to shoes are. 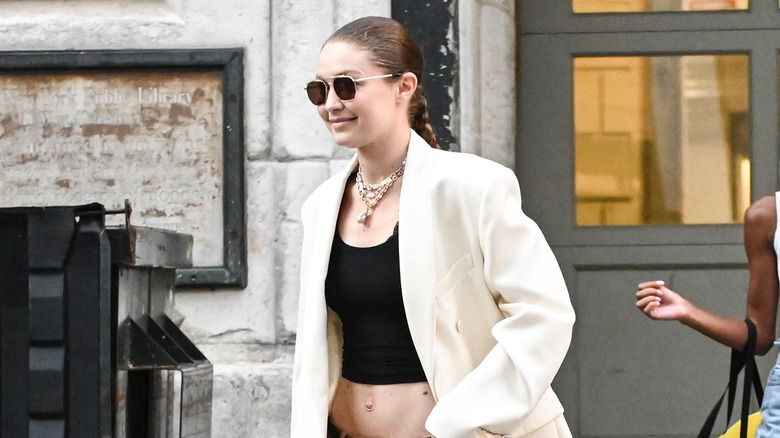 Even though you’d expect Hadid to only wear luxe designer goods, she’s known to rock accessible pieces, too. Just like her favorite $6 Cetaphil cleanser, Gigi has a few go-to fashion items in her closet that won’t break the bank. As per Cosmopolitan, she recently showed off her $60 pair of all-black Converse Chuck Taylor All Stars on her Instagram account, pairing them with a full denim look. Moreover, Who What Wear reported about nine “under $100” pieces Hadid wears constantly, including Levi’s 501 Original Jeans, Baublebar statement earrings, and the Reebok Classic Leather Sneaker.

But the chic and affordable slides she wore recently just might be her best purchase yet, and we’re adding them to our carts ASAP.

These slides are under $100 and super chic 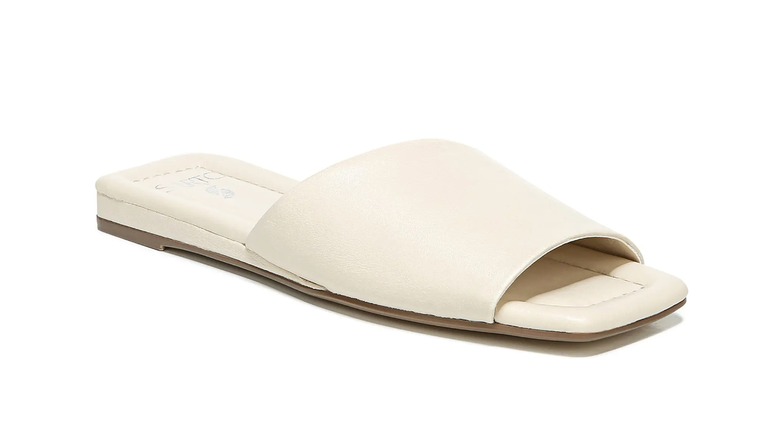 So what are the gorgeous, accessible slides in question? Say hello to the Gigi Hadid-approved Sarto by Franco Sarto Bordo Slide Sandals, a wear-forever staple that rounds out at $99. The model recently stepped out in a cream leather version while on the go in New York City, pairing the shoes with mustard pants, a crochet polo, a chunky gold necklace, and rectangular shades (via InStyle). And we know Hadid really likes these slides because she wore them twice in a row, styling them with a white cardigan, neon-green cargo pants, and a tan clutch (via Yahoo!). Considering Hadid wore the shoes twice in the span of a week, they’re set to sell out stat.

These slides are seriously cute, with a trendy “blunted geometric” toe, a “contemporary aesthetic” that’s wonderfully understated, and a cushioned footbed that offers support from day to night. The smooth leather will go with anything in your closet, from sundresses to cropped straight-leg jeans. Plus, the sandals come in 11 different colorways, ranging from orange to snake print to fiery red, so you have all the options.

As InStyle reports, this brand is just getting hotter: Franco Sarto is blowing up right now after being spotted on the likes of Olivia Wilde, so it’s safe to say we’ll see more celebs sporting the brand’s shoes in the future.