THE MOMENT a Big Issue customer told Prince William "I don’t have any change" has been labelled "priceless".

Donning a red seller's vest and hat, the Duke of Cambridge was seen dishing out copies of the magazine in Rochester Row, Westminster. 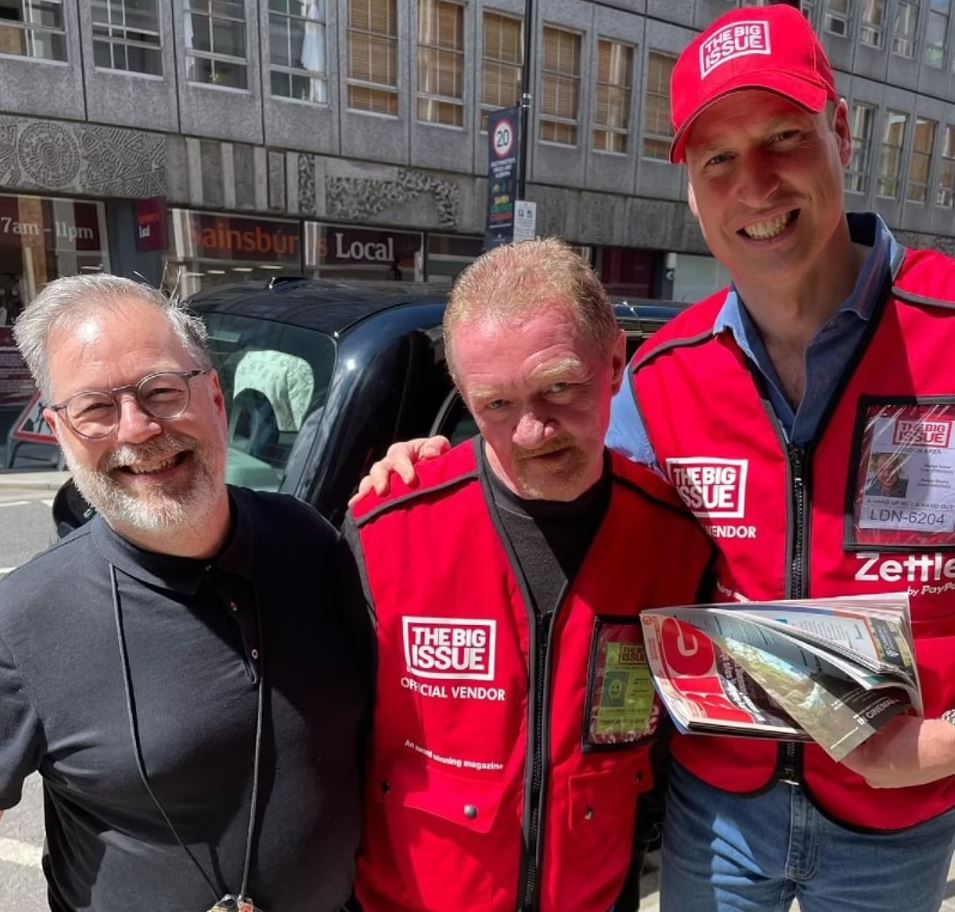 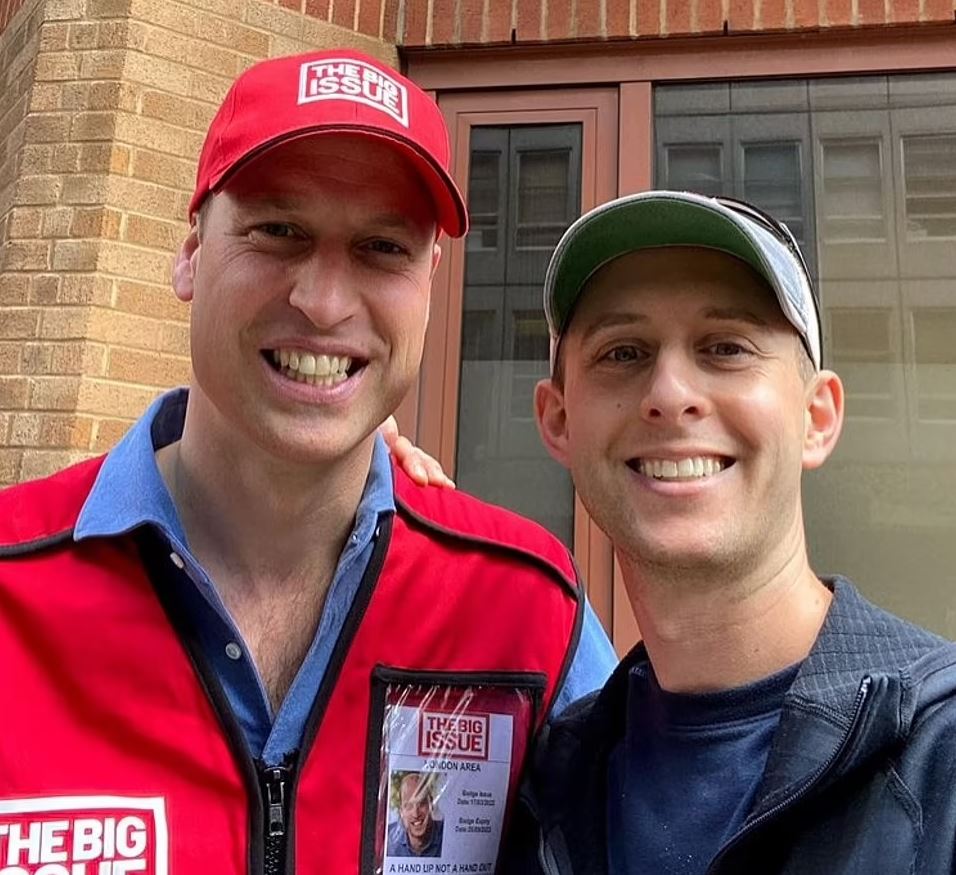 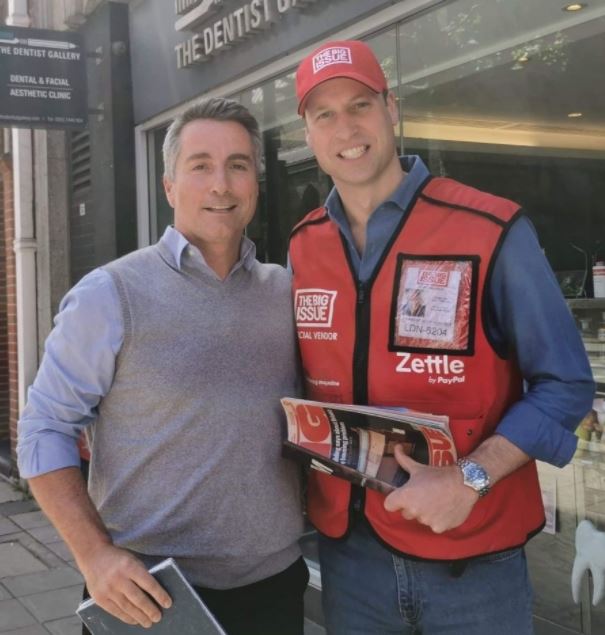 And the royal didn't miss his opportunity to make a sale.

He revealed the sweet moment

He said: "Prince William asked my brother-in-law If he wanted to buy the Big Issue, to which he replied 'I have no change'.

"At this point William produced a mobile card machine… you cannot teach that!

"Priceless, or should I say ‘princely’."

Mr Gardner said: "My brother-in-law was in London today and saw a celebrity, so he took a photo at a distance.

"The celebrity saw the ‘covert surveillance’ effort and crossed the road to investigate further.

"What an honour to have a private moment with our future king who was humble and working quietly in the background, helping the most needy.