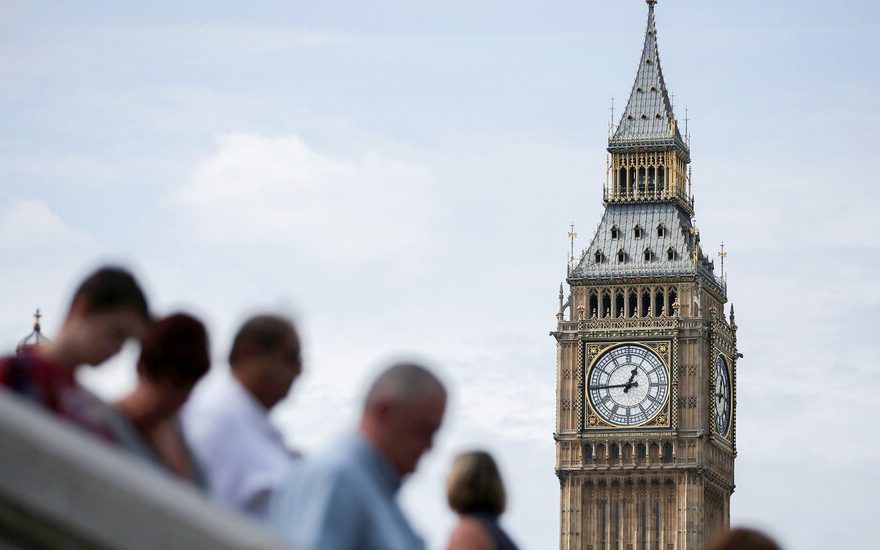 LONDON — Imagine being charged with taking apart what is arguably the best-known clock in the world and then restoring it to its original Victorian glory. All while keeping secret the location of much of the work for security reasons.

That has been the task of Ian G. Westworth, 58, a British Army veteran who retrained at the school of jewelry in Birmingham and later became a certified repairer and conservator of antique clocks.

He now is a clock mechanic for the Houses of Parliament, and one of the more than 500 artisans and workers restoring the Palace of Westminster’s Elizabeth Tower and its Great Clock, a yearslong project that has been hit with delays and rising costs. (Some people call the clock Big Ben, but Ben actually is the largest of the five bells in the tower and it tolls the hour. It last rang out at midnight on the final day of 2020.) 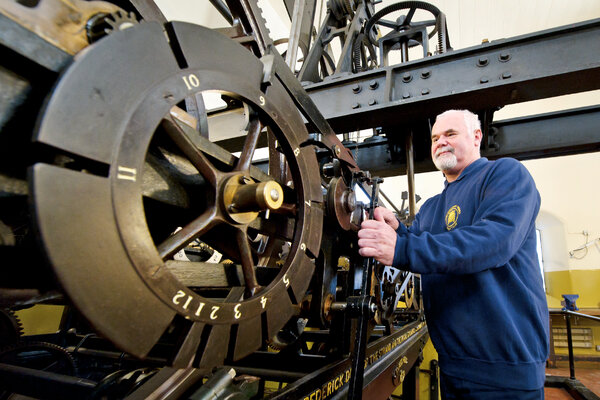 The clock was built by Edward John Dent after a design by Edmund Beckett Denison, a barrister. It was installed in April 1859 and started running a month later. The mechanism alone, made of cast iron, weighs five metric tons, and each of the four minute hands is nearly 14 feet long.

The renovation that began in 2017 isn’t the first time the Great Clock was stopped for repairs, but it has become its longest hiatus, delayed further by the pandemic.

Adding to the overall cost was the discovery of more damage from World War II bombs and more toxic materials like asbestos and lead paint than had been anticipated. Estimates for the entire project originally totaled 30 million pounds, or $41.6 million, but that number has risen over time to £79.7 million. A further audit, including a look at the pandemic’s impact, is expected later this month. And the work, which had been scheduled to end this year, now stretches into 2022.

The clock’s restoration has been intricate, and has included replacing the 1,296 pieces of shimmery, mouth-blown pot opal glass on its four dials, each about 23 feet in diameter. Multiple layers of black and dark green paint have been removed from the dials and stonework, using solvents and tiny brushes.

Mr. Westworth expanded on his initial email in a video interview from the clock team’s workshop at Westminster. (The conversation has been edited and condensed.)

How did you get involved with clock repairs?

What’s your role with the restoration?

As one of the clock makers at the palace, I’m part of a group of different teams, each specializing in its own area. Mine is the work on the Great Clock and its removal from the tower, restoration work on the movement and the planning and reinstallation back into the tower. I have worked on other clock projects before this one — for example, Manchester Town Hall — but nothing this big.

Why was it needed?

The point of the work is to safeguard both the clock and the tower for future generations. If this work isn’t carried out, there is a risk that the clock mechanism  could fail, and that the structural integrity of the tower could be at risk.

There have been other repairs, notably in 1976 when metal fatigue caused a shaft to fail and the mechanism broke apart. How is this work different?

At the start of the restoration, we winched pieces of it down to ground level as it was so heavy and took it off site for a complete overhaul. We’ve been able to repaint, clean, repair and document each piece (there are hundreds). The original winding mechanism installed in 1912 will be put back in place when the Great Clock returns home.

Where is it now?

In a workshop off site. I’m not saying where, for security reasons.

What was the trickiest part?

The hardest part is just the sheer size of the clock and all of its parts, having to remove it all from the tower and then clean, repair and paint and then put back into the tower. It’s a very complex task. There are some little repairs, but no plans for great changes to the mechanism. If Mr. Dent came back, he would totally recognize it.

Will the public see differences when the project is done?

The most noticeable changes will be to the exterior: The clock dials are being restored to their original Victorian color scheme of Prussian blue. A paint analysis took it all the way back to bare metal and discovered that the original color was blue. The decorative shields on the tower are being repainted and will be a lot more vibrant. New gilding and repaired stonework will also be noticeable and will be visible from the streets below.

[Listen to Big Ben sound the hour that Britain left the European Union.]

And what about the timekeeping — and the sound of Big Ben striking the hour?

Big Ben won’t sound any different, but the repairs taking place will improve the clock’s accuracy.

When you hear Big Ben ring out on the hour, it can be plus or minus 2 seconds. We spend quite a bit of time making sure it’s accurate.

We adjust the pendulum by putting old penny coins onto it. If you add one penny, it speeds the clock up by two-fifths of a second over 24 hours. So we listen to how accurate the striking is and either put a coin on or take a coin off.

We check it every time we have to wind the clock, so every Monday, Wednesday and Friday we’ll do an accurate timekeeping and regulate the clock every time. We’ve been able to keep it within two seconds but we had to do lots of little adjustments.

How does it feel to restore such a global symbol of Britain?

It’s a real honor. There are very few people who can say they’ve taken the Great Clock of Westminster apart and put it back together again.

I’ve devoted years to it now. It’ll be a bit of relief when it’s all back in the tower and working properly.