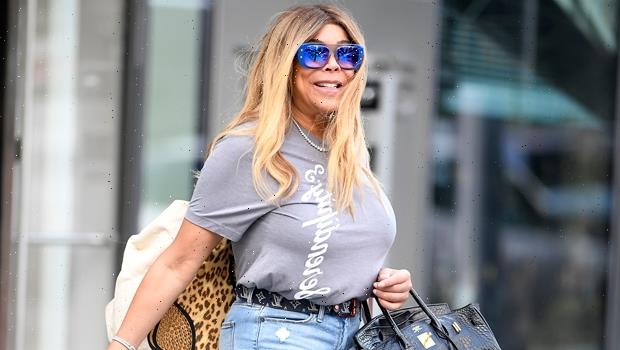 Wendy Williams beat the heat in NYC by rocking a tiny pair of denim shorts, and showed off her Yankees pride with a killer bomber jacket.

Wendy Williams is feelin’ herself right now! The talk show host, 56, took advantage of a sunny spring day in New York City to flaunt her gorgeous legs in a pair of high-waisted Daisy Dukes with rolled cuffs. In fact, the shorts were so short that you could see the bottom of her pockets hanging out. See photos of Wendy’s outfit HERE.

Wendy kept it casual by pairing her denim shorts with a cute t-shirt and an oversized NY Yankees bomber jacket. She gave the outfit a little edge by pairing it with a leopard Saint Laurent purse, which was to die for. It wouldn’t be a Wendy ensemble without a pair of spotless sneakers, either, now would it? As she walked past photographers, she looked up and flashed a friendly peace sign. 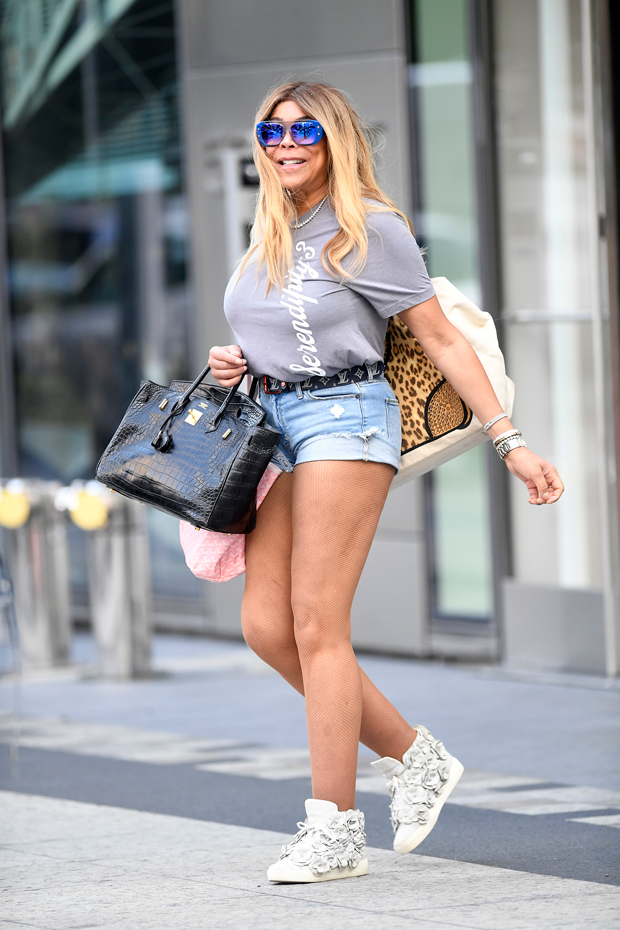 Wendy’s sartorial moment comes as she enjoys a new romance with her honey Mike Esterman. The new couple, who met on The Wendy Williams Show, are all about the PDA. Wendy took it a step further by crashing one of her boyfriend’s interviews to give him a kiss! Mike was telling FOX 5 in DC about Wendy’s big trip to Maryland, where he lives. As he wondered aloud where his girlfriend was, she strolled into the room in just her bathrobe and gave him a peck on the head.

“Sorry for that intrusion,” he joked. Yeah, they’re going strong. Mike was crowned the winner of the host’s “Date Wendy” contest in February and the twosome are now attached at the hip. This is Wendy’s first major relationship since finalizing her divorce from ex-husband Kevin Hunter in 2020. 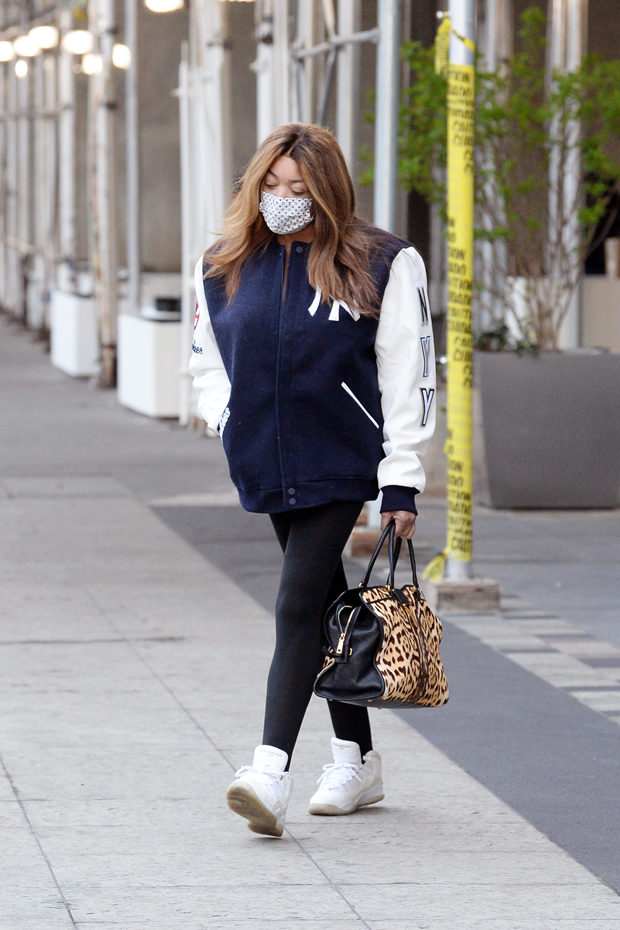 Wendy gushed over Mike on the March 8 episode of her show, following their first date. “We kissed. He’s got to stand on his tippy toes. I was thinking of you guys the whole time it was going on. I was thinking, ‘I really like him and he likes me.’ My heart broke when he left,” she continued, adding, “I walked him to the elevator and waited for the doors to close…”