AFTER days of nagging, it's always a proud moment when the kids finally clean their rooms.

And one mum was so chuffed with her three-year-old son's efforts that she decided to get the camera out to document the occasion. 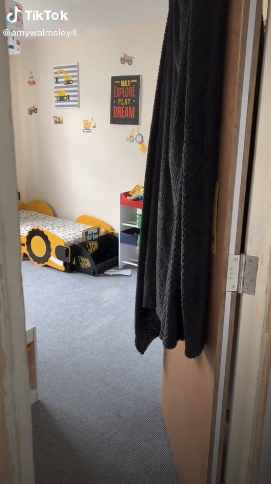 That is, until she realised the very cheeky way he got it looking so tidy WITHOUT actually doing any chores.

Posting the hilarious clip on her TikTok account, mum Amy explained how she'd asked her son to tidy up – and was initially delighted with the results.

Not only was the bed made but all his toys were neatly put away in their boxes.

She said: "I asked my three-year-old son to tidy his room and you know, it looks good." 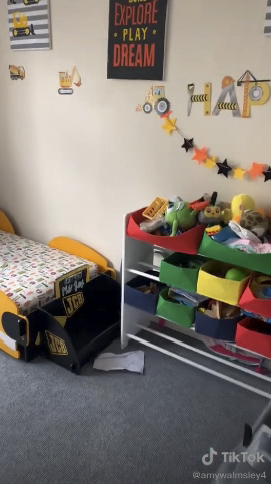 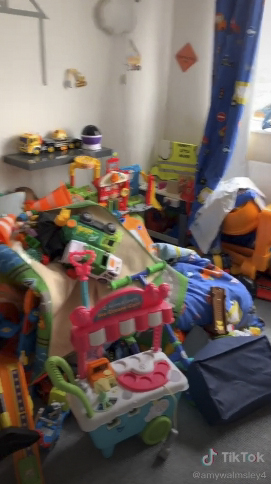 However when she actually stepped into the room, Amy discovered a HUGE pile of toys hiding in the corner.

As she swerved the camera onto the mess, Amy said: "And THEN – where do I start?"

The cheeky tot had thrown a rug over the enormous pile and dumped even more toys on top of it – but luckily his mum saw the funny side.

The clip has racked up almost 70,000 "likes" on the platform – and parents could seriously relate to Amy's struggle.

I asked my three-year-old son to tidy his room and you know, it looks good… and THEN. Where do I even start?

Another added: "LADY that is a Bob the Builder masterpiece."

A third wrote: "My son used to put his mess in a pile behind the door!"

For more parenting stories, this mortified mum found her toddler took a secret naked photo of her then sent it to her contacts… including work mates.

And this mum-of-two who let laundry pile up after her son was born has finally tackled the mess & she can see her floor again.

Plus this mum-of-16 shared a photo of the 44 cereal boxes she keeps as she insists there’s ‘nothing wrong’ with a little stockpiling.