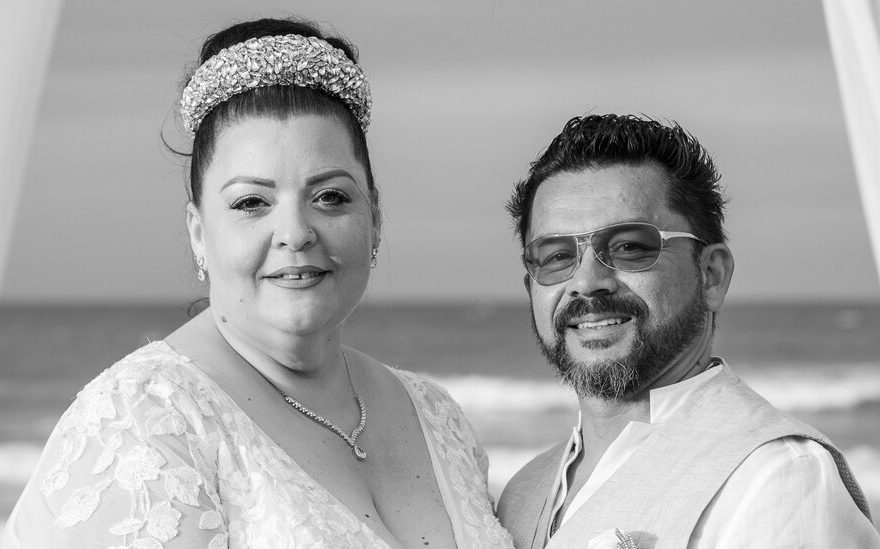 The first time Diana Martin saw Hector Garcia was in 1985 through a window from her family home in Pereira, Colombia, where she spotted a boy she didn’t recognize riding a bike in front of their house. She was 11 and had heard from friends that a teenage artist who lived several streets away painted her portrait.

“Naturally, I wanted to meet this boy and find out why he painted my face,” said Ms. Martin, 47, a social worker at the Agency for Persons with Disabilities in Deltona, Fla.

Mr. Garcia, 51, an interior decorator and real estate investor in Deltona, was 16 when he saw her while riding his bike in front of her home. “I could see from her face that she had a beautiful soul,” he said. “I had to paint her face so I could remember its beauty.”

After meeting through mutual friends, they saw each other regularly, watching TV and talking for hours in her home. Other days, they accompanied her family to one of the farms owned by her father.

“I didn’t understand why Hector liked me because he was older, serious and quiet, while I was bubbly, talkative and a romantic,” Ms. Martin said. “I was also taller and bigger. He never said, ‘I like or love you,’ but he paid attention to me, and did things like explaining American music and videos.”

When their lives took different paths, she said, they eventually lost contact.

Ms. Martin earned an associate degree in computer programming from the American Business School in Pereira, then started work in a local bank. But it was short-lived. “The bank was robbed in 1992, and my brother had been kidnapped in 1981 (he was returned safely), so I decided to leave the turbulence of Colombia and pursue the American dream in Miami,” said Ms. Martin who left Colombia in 1992. “I later tried to find Hector but had no luck.”

In 2001, Mr. Garcia moved to Vancouver, British Columbia, also to escape the political turmoil in Colombia. Married with a family by then, he learned English, and worked a variety of jobs before finding success as an interior residential painter, where he also provided remodeling services. 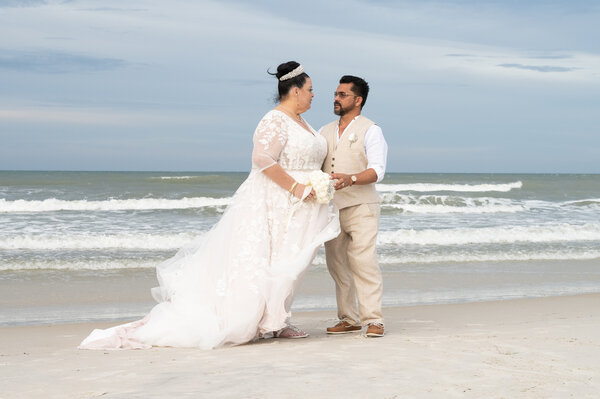 About that time, Ms. Martin left Miami for Deltona where she eventually married and completed a bachelor’s degree in social science from Daytona State College in 2005. (She was divorced in 2014.) When her mother died of cancer in 2019, Mr. Garcia heard the news from a family friend and wanted to comfort her. “So many memories came to mind that I decided to search for Diana,” Mr. Garcia said.

Through Ms. Martin’s brother, he found her on Facebook on June 5, 2019, and they talked for hours on the phone. “I was so surprised to hear from Hector,” she said. “He became a great support to me during this difficult time of grieving. I was comforted by his huge heart.”

After a year of long-distance discussions about love, religion, politics, work and life in general, Mr. Garcia, who has two older children, decided to end his “broken marriage” and visit Ms. Martin in Florida where other members of his family lived.

“I was proud of the man he had become and wanted a relationship, but told him not to come until he was divorced,” Ms. Martin said. “We stopped talking for several months.”

Once divorced, he kept his promise, and last November they went to dinner at a Red Lobster in Altamonte Springs near Orlando. “My heart jumped when I saw him,” she said.

“Everything came to mind from the past making the evening quite emotional,” Mr. Garcia said. “I loved her and asked her to marry me, but she said no because she needed time. I knew I would try again.”

That time came this past Valentine’s Day when Mr. Garcia dropped to his knee at a local Olive Garden restaurant. “I said ‘yes’ before he had time to propose,” Ms. Martin said.

On June 5, two years after reconnecting, they were married by the ocean in New Smyrna Beach. Sandy Gorney of Paradise Beach Weddings, ordained through American Marriage Ministries, married them before 21 guests seated in white chairs wrapped with bows of burlap. The hourlong ceremony in Spanish and English was also livestreamed.

For the reception at the nearby Riverview Hotel and Spa, guests were seated at a long table for champagne and dinner, followed by chocolate and vanilla wedding cake.

“Love is more than romance,” Ms. Martin said. “It is being there for the good and the bad. He is the closest person to perfect that I have ever known.”