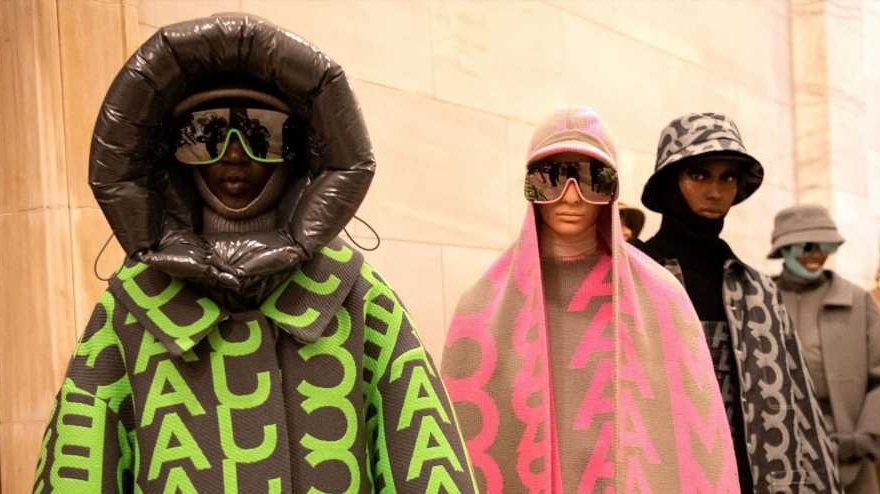 In 1972, Stanford University psychologists presented a group of children with one marshmallow each. As the story goes, those who ate their marshmallow right away were not rewarded, while those who waited received a second. In the strange world of pandemic-era fashion, a similar pattern has arisen. Some brands never slowed their pace, displaying collections and pandering for press as millions around the world fell victim to the novel coronavirus. Others, however, stayed patient. Marc Jacobs was the rare child who waited, and it's finally paying off.

Marc Jacobs' fall 2020 collection left a great taste in the fashion industry's mouth. According to Vogue's Nicole Phelps, the show, which was the last on the New York Fashion Week schedule, ended the festivities on a "universal high." It makes sense, then, that Jacobs refused to risk tainting that memory by rushing out a collection in the middle of a shared tragedy. Sure, maintaining a twice-yearly collection schedule may have kept him in the press, but the legacy of Marc Jacobs doesn't need that, and he knows it. Many of the brands who showed during the heat of COVID-19 were criticized for doing so. In fall 2020, big names like Chanel, Louis Vuitton, and Valentino sent maskless models down Paris runways in front of live audiences. Meanwhile, France's infection rates soared to record highs during the same time frame. A demonstration of such ignorance could only stand to hurt a designer's reputation; thinkpiece after thinkpiece has admonished luxury brands who refuse to respect the pandemic's severity.

At the same time, the year's copious digital-only presentations haven't always felt worthwhile. Though innovative, experimenting with new formats can become time-consuming and expensive, with the only real return on investment being the occasional magazine write-up and praise via Instagram comments. As an article from Harper's Bazaar noted last July, "There's an electricity and emotion that a physical show conveys that we haven't yet seen replicated in their virtual forms."

Unlike most of his colleagues, it seems Marc Jacobs spent the last 16 months reading the room. Not only did the waiting game allow Jacobs to avert crises in the press, but it resulted in yesterday's incredibly executed show. His venue choice felt fitting, given the lack of access we've had to spaces like libraries as of late. And based on post-show reviews, attendees (who presented proof of vaccination to RSVP) were thrilled to be there.

"This time around there wasn't any special set… Just clothes, animated by real people, moving through the world for about nine minutes and 32 seconds," wrote Vanessa Friedman of The New York Times. "As if to say: Hey, this is enough. And you know what? It was." More than the trimmings of the show, Jacobs' collection itself felt like a sign of the times. Local temperatures may have reached a balmy 90 degrees, but his fall 2021 offerings are a reminder of the joy fashion can bring during the cold, bitter seasons. The brand's desire to woo Gen Z was also made clear in a refreshingly honest way, with designs that resemble an elevated version of what you'll find on TikTok.

Oversized puffer jackets and maxi dresses strode alongside baggy, logo-laden looks Billie Eilish would love. Tailored skirt suits were layered over swishy slacks and topped off with a matching bucket hat, a refined take on the matching set trend taking over Instagram. Every outfit was styled with a pair of sky-high platform Mary Janes, which felt like a nod to Jacobs' grunge roots and to the modern teen's obsession with the '90s. The show also marked Gigi Hadid's first time on a runway since giving birth to her daughter, Khai, in 2020. As she made her way down the runway, wearing designs so vividly conscious of their consumers, it felt like a start of a new era — one that connects Jacobs' generation with a new one who, in a world of instant gratification, admires those who wait.