A TATTOO artist has shared the horrifying moment he saw a client getting a portrait tattoo of his 'girlfriend' only to meet her a year later and find out she's been single for years.

Jamie Lo, a tattoo artist based in Dublin, recalled the horror on his TikTok account, jammydodged. 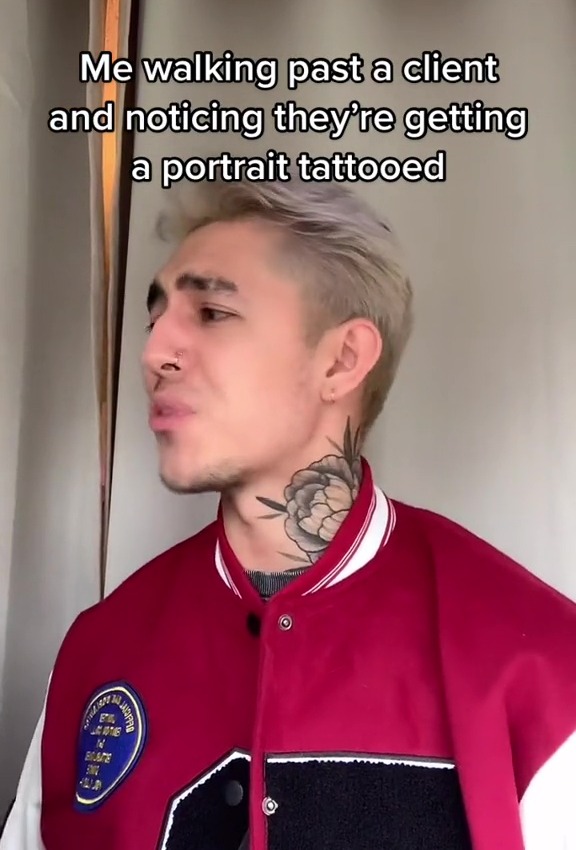 He explained that he was in the tattoo shop and noticed a client getting a portrait tattoo done and asked him if it was his wife or girlfriend.

The man told Jamie it was his girlfriend of six years and wanted something to celebrate it.

Jamie exclaimed how lovely it was and asked the man if it was a surprise or if his girlfriend knew he was getting it done.

The man told Jamie it was a surprise, and that he would let her know and show her.

Jamie said he was sure the man's girlfriend was going to love it as it looked amazing so far.

Jamie left the man to get his tattoo done and didn't think much else of it until a year later when a woman walks in who he recognises.

He said a female client had walked in asking for a tattoo, who he recognised but couldn't quite place.

He asked the woman: "Have I tattooed you before, or have we met before as you look familiar but I can't quite place how."

She said that she didn't think so as this was the first time she had been tattooed at the tattoo shop.

He said: "No problem, you must have a familiar face, oh actually I know where I know you from.

"Your boyfriend was here like a year ago, getting a tattoo of your face, it looked awesome, did you like the tattoo?"

She was confused and responded: What boyfriend?"

"As I said, he was here about a year ago and he was getting a black and grey portrait tattoo of you on his forearm.

"You probably remember it because you would have seen it."

The woman told Jamie: "I haven't had a boyfriend in like three years or something so…"

To which, Jamie replied: "So that wasn't your boyfriend getting your face tattooed?"

The woman adds: "No, as I said, I haven't been in a relationship for like two to three years, so yeah."

Jamie was bewildered by the fact she didn't know the man and ended the conversation quickly, saying; "oh, okay, I must have gotten it mixed up then," as he looks away from the camera horrified.

Users were just as shocked as Jamie by the story.

One wrote: "I was expecting an entirely different ending… creepy."

Jamie responded: "I know right why do men do this."

Other users claimed to have heard similar stories, one user said: "OMG I've had similar experiences, some guy made me do a portrait of his girlfriend, said it was a memorial piece. One hour in he said she has a restraining order on him." 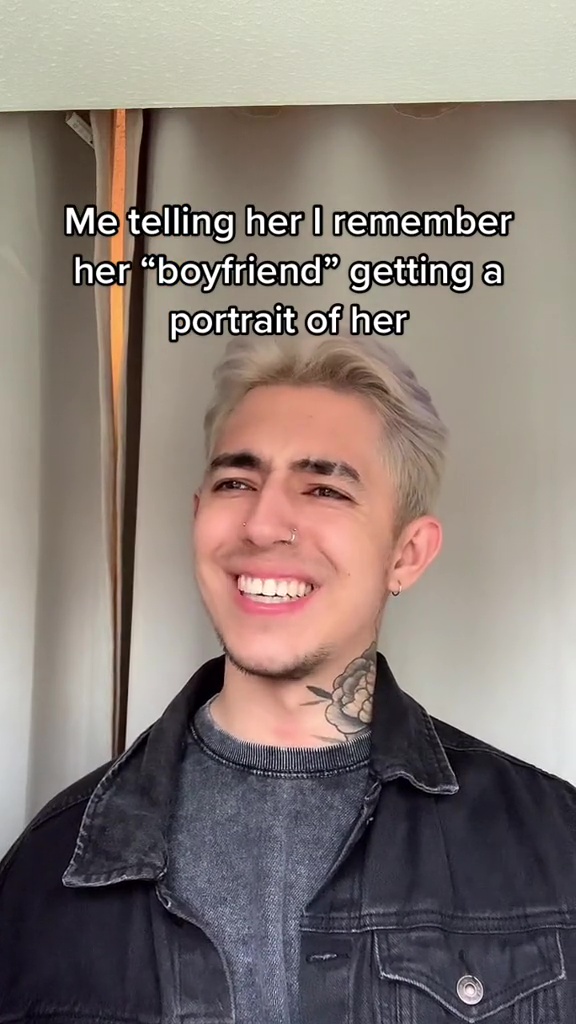 Plus, a bloke was left baffled after being stood up by date, then warned it is a scam.

And, a woman who got botox to 'fix' her chin dimples is left with a crooked face and lisp.

Meanwhile, a woman reveals she has refused to let her sister come to her wedding after she told her fella 'he could do better' because she won't wear makeup.