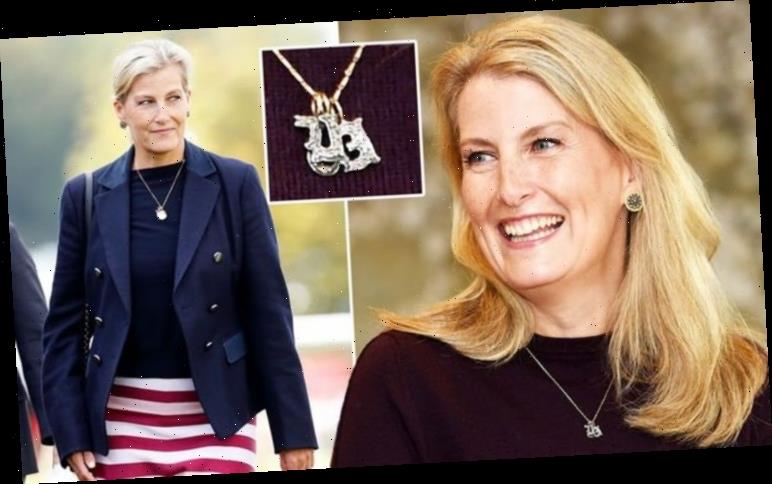 Sophie Wessex says lockdown is ‘against our natural instincts’

Sophie, Countess of Wessex has been married to Prince Edward since 1999. On her wedding day, she walked down the aisle wearing the Anthemion tiara.

While royal brides will often borrow a diadem from the royal collection on their wedding day, Sophie was reportedly allowed to keep the custom jewel.

It consisted of four anthemion elements which were originally pieces of Queen Victoria’s Regal Circlet.

The Countess has continued to wear the headpiece on special occasions and it has previously been valued at a staggering £1million.

It’s not the only pricey piece Sophie has in her collection, however, and her jewels could be worth millions, founder of Prestige Pawnbrokers of Channel 4’s Posh Pawn James Constantinou stated.

He told Express.co.uk: “Sophie, Countess of Wessex – married to Edward, Earl of Wessex – is a member of the Royal Family with a jewellery collection reportedly worth more than £3million.”

The mother-of-two has a necklace with a sweet link to her husband and children.

Sophie has been seen wearing the pendant on a number of outings over the years.

James continued: “The Countess has worn this necklace on many royal appointments.

“It has the charm of a vintage piece but not only that it has beautifully crafted initials added to hang next to the stone.

“An ‘E’ for her husband, ‘L’ for her daughter Lady Louise Windsor and a ‘J’ for her son, James, Viscount Severn.”

Sophie is the mother of Lady Louise Windsor, 17, and James, Viscount Severn, 13.

Her necklace features the initials of Prince Edward and her two children. When she has worn the piece recently, it seems as though Sophie has updated the necklace by removing the shell pendant.

James explained: “This necklace on a chain has been worn many times before, once with a shell clam which she has since removed.”

Similar designs have been worn by royals such as Kate Middleton and Meghan Markle, who have both worn jewellery featuring the initials of their family.

As well as having sentimental value, James suggested it is also likely to be worth a small fortune.

He continued: “As with other extraordinary pieces from the royal household the quality is outstanding.

“Sometimes you just can’t always put a price on a personalised piece of jewellery, especially when details on the stone in terms of clarity and weight are not known.

“But it would be fair to say that a piece such as this with its royal connection along with added historic value could be worth in excess of £250,000.”