The Insta-world of Hollywood teeth, filtered content and airbrushed bodies can become tiresome, but 26-year-old influencer Chessie King is a breath of fresh air.

Three years on from the day she first uploaded a selfie to Instagram with her trousers undone and post-dinner tummy on display, she’s gained over 600k followers, landed major fashion deals with brands In The Style and SportFX, and has made a name as one of 2019’s most influential body-confidence campaigners. 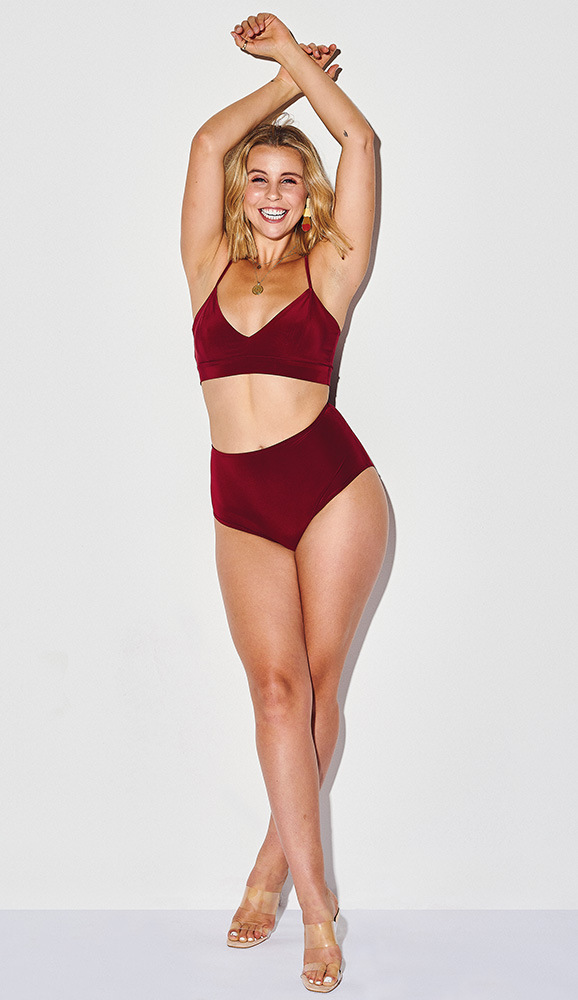 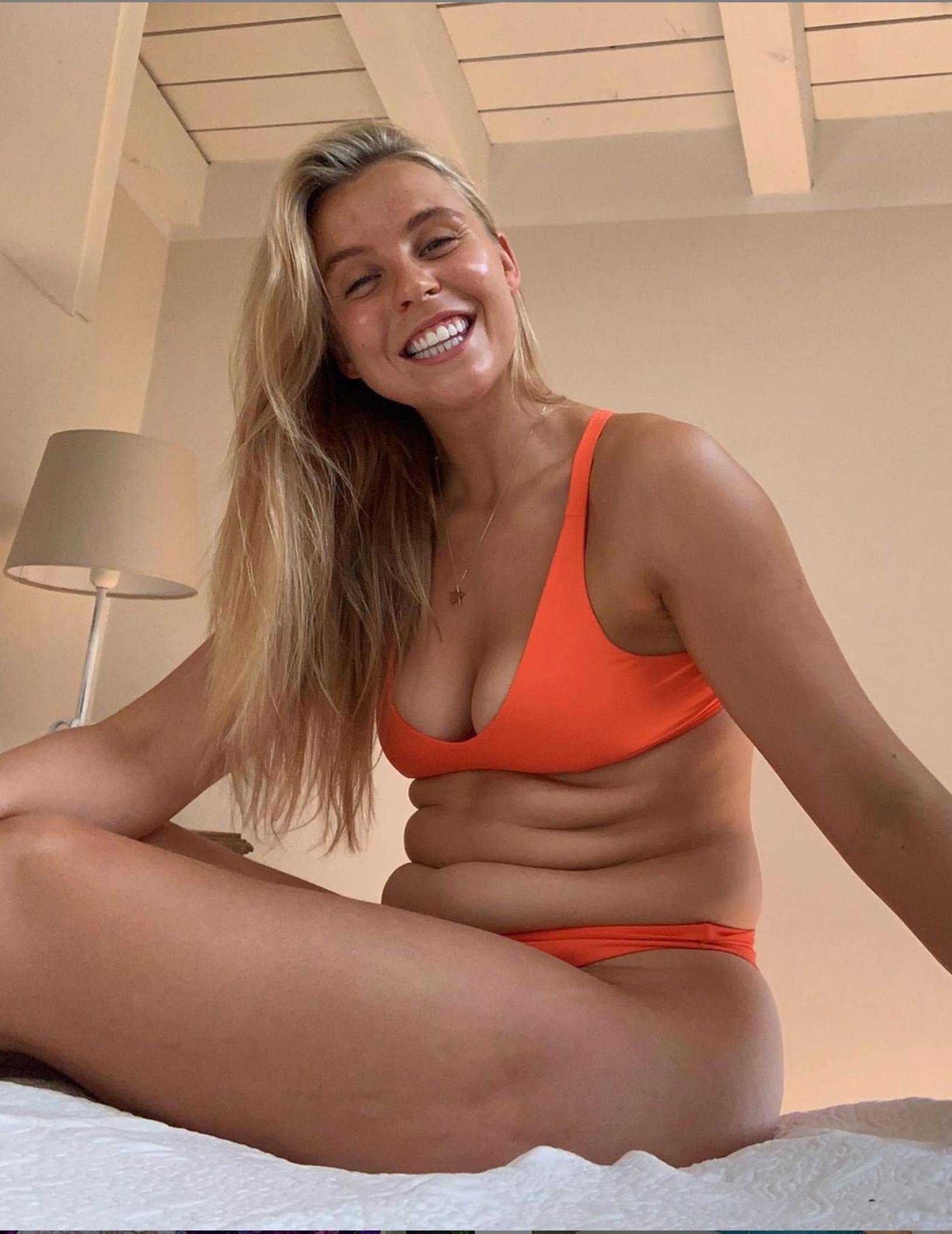 “It’s strange, because I never even thought social media was going to be a thing, let alone a platform where I could use my voice,” says Chessie. “When I meet people now, I get that ’wow’ moment from seeing the impact, and it reminds me why I’m doing it.”

Branding herself a “big sister” figure, Chessie, from East Sussex, has won the hearts of women by regularly posting photos and videos with her cellulite and tummy rolls for all to see, showing us the difference a pose can make to the appearance of body shape and reassuring her followers that it’s nothing to be ashamed of.

As we sit down to talk all things body confidence, her big smile and fiery attitude toward female empowerment tell us she’s nailed it. 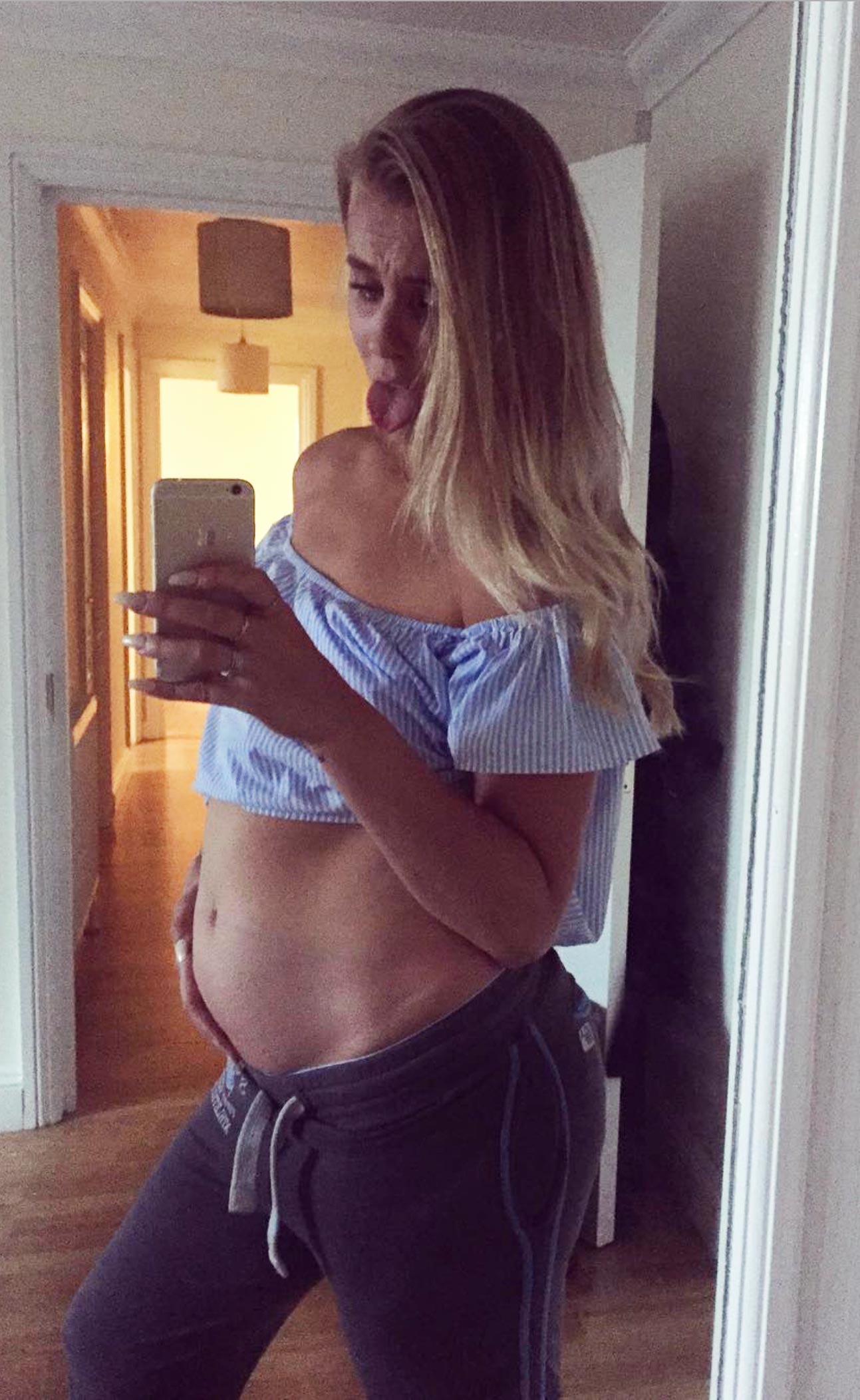 Chessie, have you always felt so comfortable in your own skin?

It’s done a full-circle. When I was really young I was so lucky that I was carefree. At 11, I was 6ft and towered over my friends – I looked like their mum! But I was so active, always dancing, horse riding and swimming, that I felt comfortable with it.

When I turned 16 I became so aware of my body. I was hyper aware of it. I decided to try out the modelling industry and was continuously turned away by castings and agencies. One told me they’d only take me if I lost 2st and grew out my eyebrows. Back then it was fine for them to say that to someone.

How did that experience affect your confidence?

It knocked it, hugely. I kept going for castings where I would be handed size zero trousers, which I had to try on in front of everyone. Obviously I could hardly even get my baby toe in! I became so fixated on my rolls when I sat down and all these things that I hated about myself. I was restricting my eating and over-exercising and was a size 8-10.

When was the turning point?

When I was 18, I was in another mind-numbingly long queue for a casting to be judged on my body when I met a girl who had purposefully left a chicken breast out for three days on her windowsill before eating it so that she would be sick all night before we came in. I got her by the hand and walked straight out of there. I stopped the castings after that and started at a drama school in Clapham. 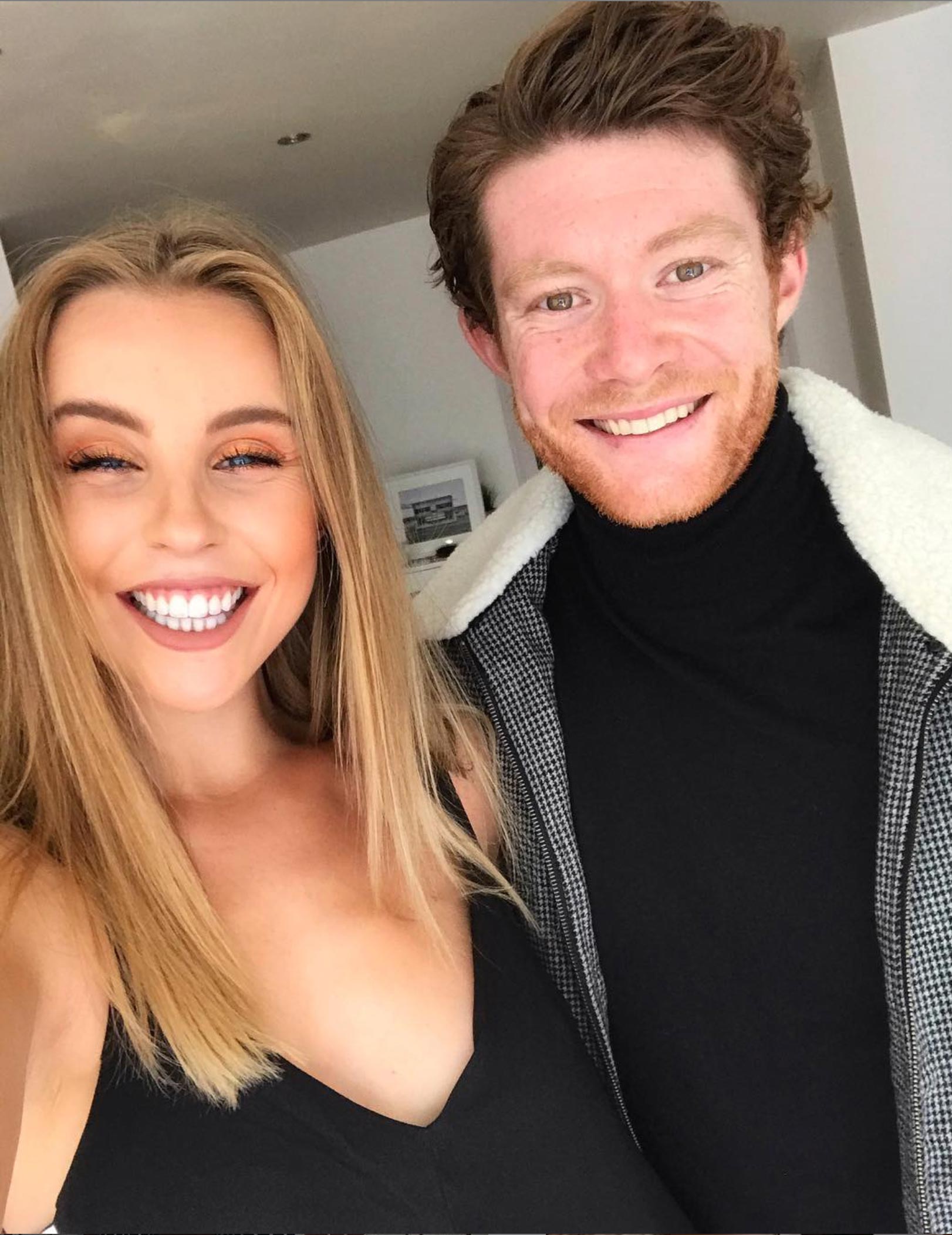 So is that when you first decided to become a campaigner for body confidence?

It took me a while. I always had that fire inside of me but I was only showing perfection on social media. I was editing my body and looking at everyone else. Then I decided that 2016 was going to be the year that I felt confident because it was eating away at my happiness. I posted a picture of me sitting down with my flies undone and my tummy hanging out. Back then it took so much courage and vulnerability because I hadn’t ever seen that online and I couldn’t relate to anyone.

I was so nervous. I thought I’d regret posting it and end up deleting the photo, but I had so many people messaging me afterwards saying: “Finally! Someone I can relate to.” I was so worried, but it was a huge relief. It felt like I’d finally broken through the social media noise and negativity and needing to be perfect. Now, when I meet people they tell me I’ve helped them to feel normal.

Do you think we’d be better off without social media altogether when it can be so damaging?

It’s a real challenge. I don’t think it needs to be taken away, because social media can be phenomenal and can create this incredible community. We need to encourage younger people to still meet up with their friends instead of just sending Snapchats, but I do also think that it’s part of our lives now. I don’t think it’s necessarily a bad thing they’re using it, but it’s how they’re using it.

You’ve been accused of being “too slim” to be a body-confidence advocate. Do those comments affect you?

At first it did upset me. If I was saying something awful or talking about waist trainers, skinny tea or b*****ks like that, then of course I’d admit I shouldn’t be speaking, but the fact I’ve been called too slim… You have no idea what I’ve been through. Body confidence is nothing to do with how you look. I talk about my experience and my story and I know that it’s helping people. 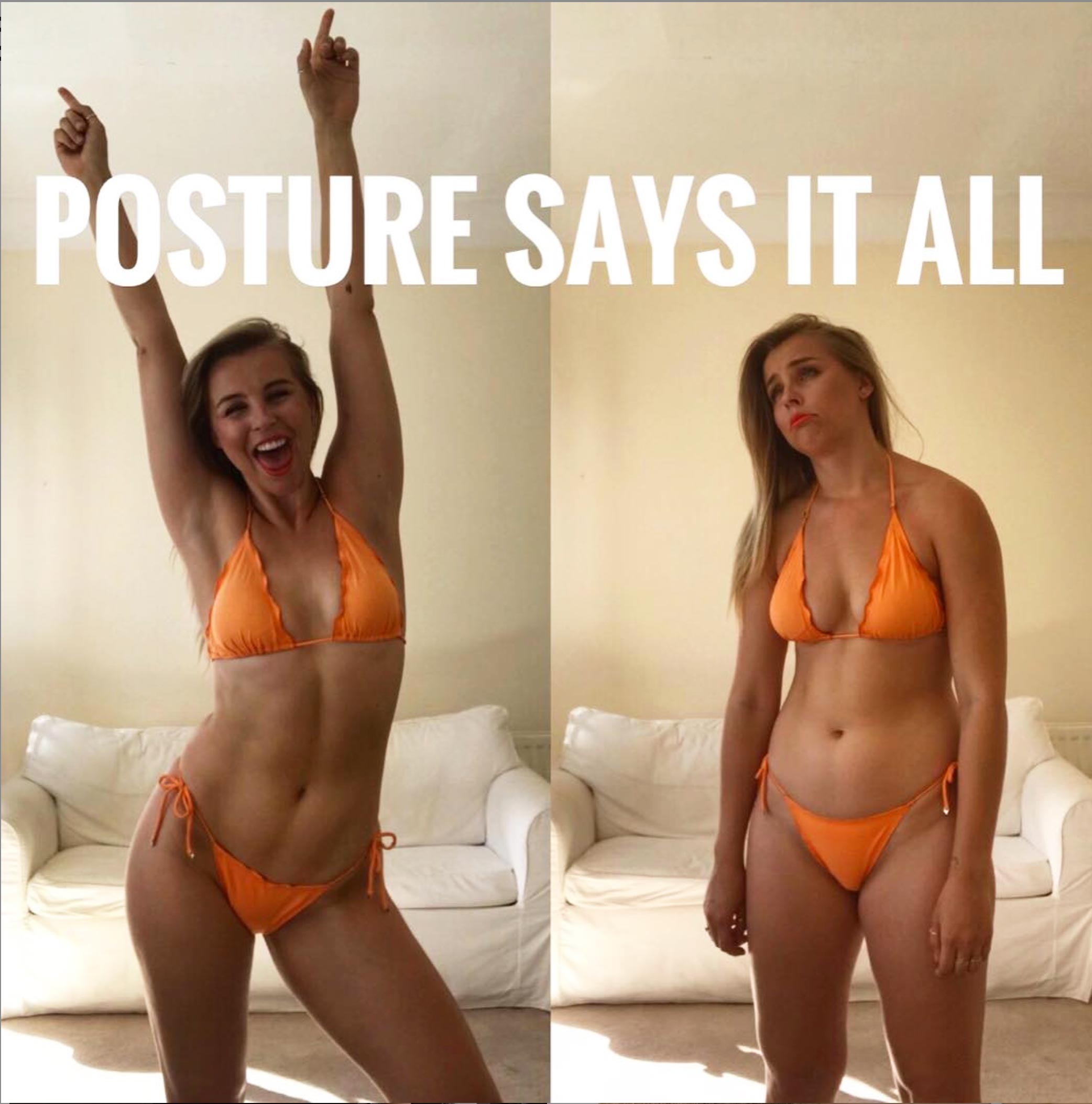 Do you pay much attention to the online trolls?

It’s hard not to when it’s there and it feels like you’re being attacked. If they’re nasty I’ll block and delete them.

What did you think of Piers Morgan’s argument that size-20 model Tess Holliday is promoting an unhealthy image, not body confidence?

Every human has a choice. I want to live a long and healthy life. I want to be running around with my great-grandchildren when I’m 98. I do what I’m doing now to look after myself for the future, which means looking after my health. My message of body confidence is obviously different to Tess’, but that’s what works for her. She’s a mother and that shows that her body is healthy enough to give birth.

How did you react to the news that mummy blogger and influencer Clemmie Hooper (AKA @Mother_of_daughters) has been trolling others online?

It’s such a shame. I feel awful that she’s going through it and we don’t know what’s really going on with her, but I’ve been trolled on that forum [Tattle Life], and it’s disgusting. It’s such a poisonous environment that needs to be taken down.

Which other body-confidence champions do you admire?

I love @Thebirdspapaya [Sarah Nicole Landry] because she’s so liberating. I like how she speaks about her body from a mother’s point of view. I love that her body has grown three humans. That’s what I find so phenomenal about women’s bodies. 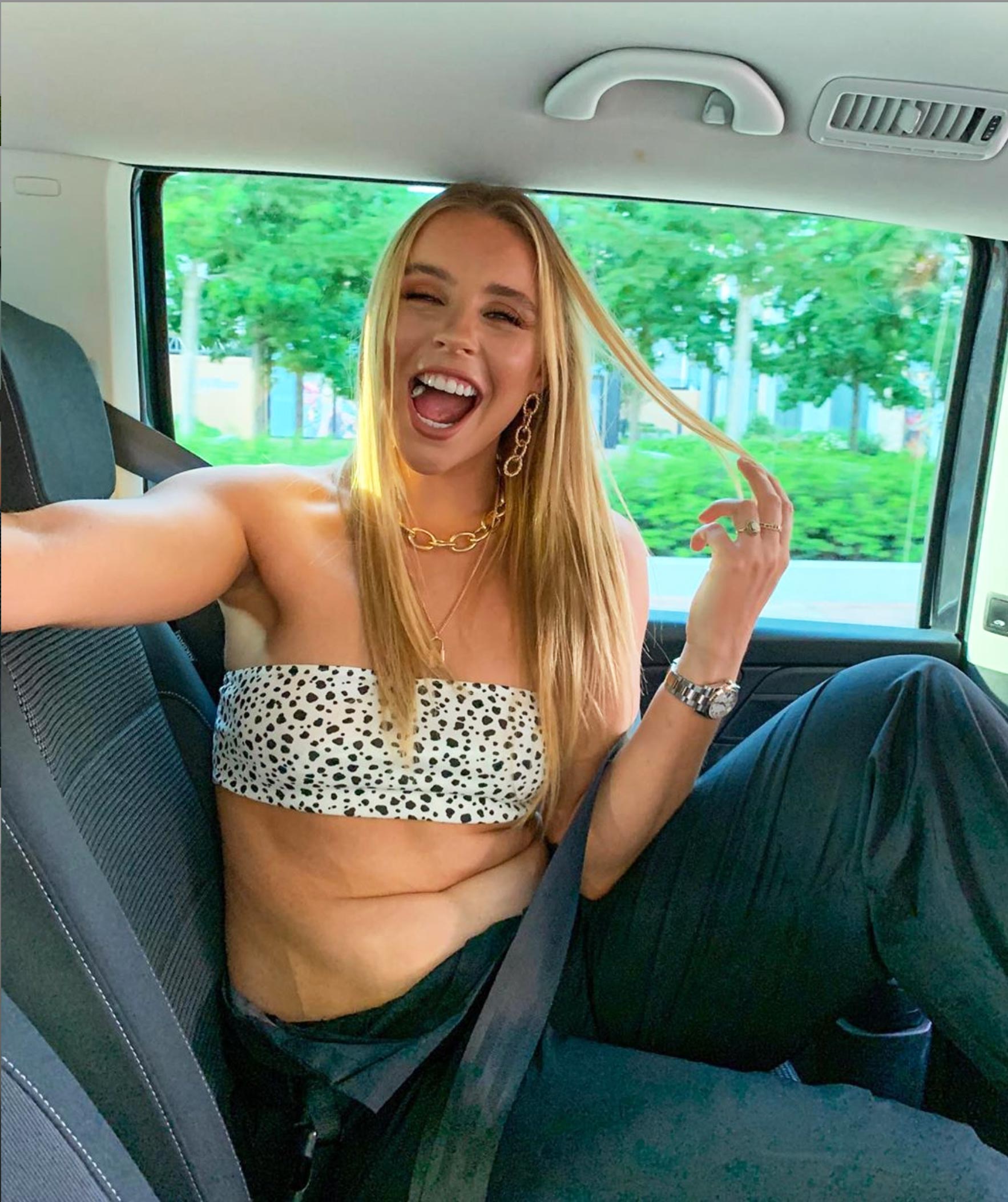 Do you always feel good about your body?

I have that negative voice in my head sometimes, but I put my hand on my heart and thank it for keeping me alive. The more I can show through my videos the need to have fun, be silly and not take life so seriously, the better.