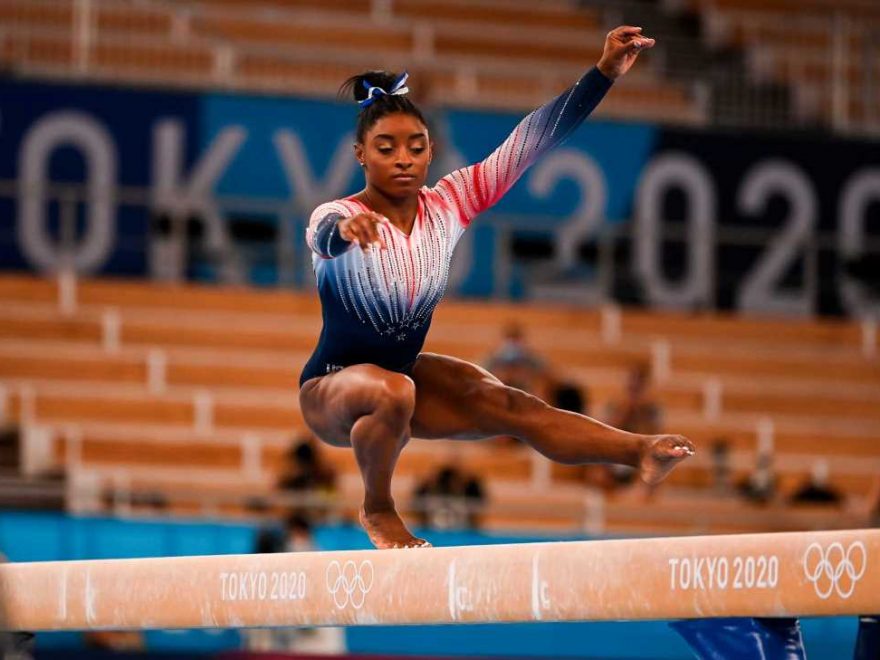 Simone Biles is back.

The Olympic gymnast participated in the balance beam final on the last day of events for both men’s and women’s artistic gymnastics on Tuesday, where she won a bronze medal.

She received a strong score of 14.000 to put her in the third place spot. Ahead of her, China’s Guan Chenchen and Tang Xijing — who were also expected to be top contenders in the event — received the gold and silver medals, respectively. Biles also earned the bronze medal in the beam final in Rio de Janeiro in 2016.

Last week, Biles withdrew from the all-around team event due to mental health reasons. Throughout the days that followed, she was uncertain whether she wanted to continue in the remaining events she qualified for. These included the individual all-around, the floor exercise and the vault, in all of which she received gold medals in the last Olympics.

On Saturday, she decided to withdraw from the vault and floor exercise. MyKayla Skinner took her place in the vault to win a silver medal and Jade Carey was the only competitor for the U.S. on the floor, and ended up winning the gold. On Monday, USA Gymnastics announced Biles would return and compete in the balance beam final, joining her teammate Sunisa “Suni” Lee, who won the gold in the individual all-around, in the event. 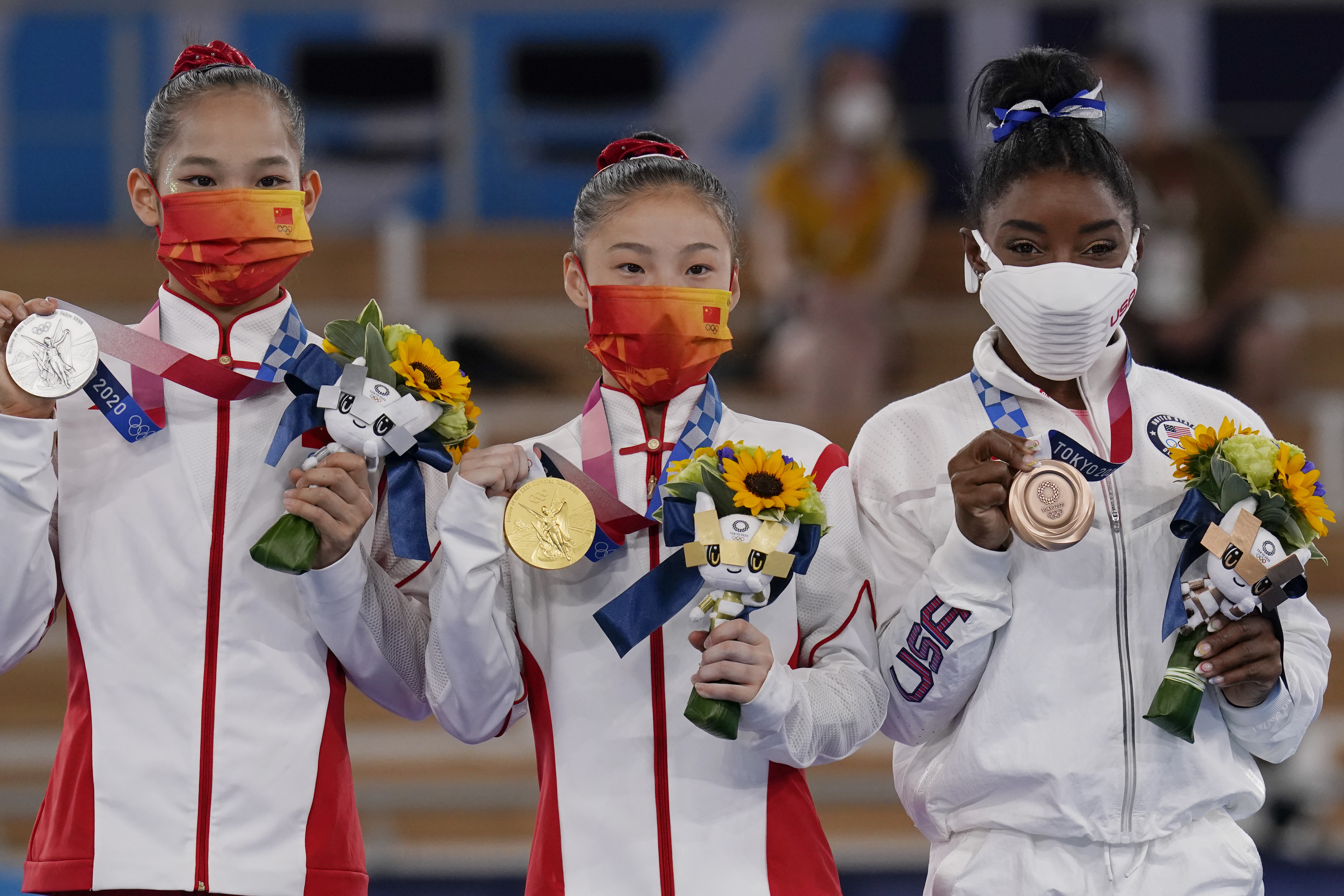 Gold medalist Guan Chenchen (center), of China, stands on the podium with silver medalist Tang Xijing (left), of China, and bronze medalist Simone Biles, of the U.S., after balance beam competition during the artistic gymnastics women’s apparatus final at the 2020 Summer Olympics, on Aug. 3 in Tokyo. (AP Photo/Gregory Bull) AP

After withdrawing from the team event, Biles explained later that she was dealing with “the twisties,” a type of mental disorientation a gymnast can experience during their sequences. She explained on Instagram later that it’s “​​not having your mind and body in sync.” On Friday, she shared she was having difficulty shaking off the twisties and “literally can not tell up from down.”

“I wasn’t expecting to walk away with the medal,” Biles said after the event, according to The New York Times. “I was just going out there doing this for me. To have one more opportunity to be at the Olympics meant the world to me.”

In earning her seventh Olympic medal, Biles is now tied with Shannon Miller for the most by any athlete in gymnastics for Team USA.

In a joint appearance on the “Today” show with the rest of her teammates, Biles was asked if she would participate in another Olympics, with the next one being in 2024 in Paris.

Biles said she would like to take some time and let this Olympics sink in first before she makes a decision on competing again. “We’ll just see,” she said.

A Look Back at Simone Biles’ Fashion Deals

Everything to Know About Team USA’s Gymnastics Medalists So Far