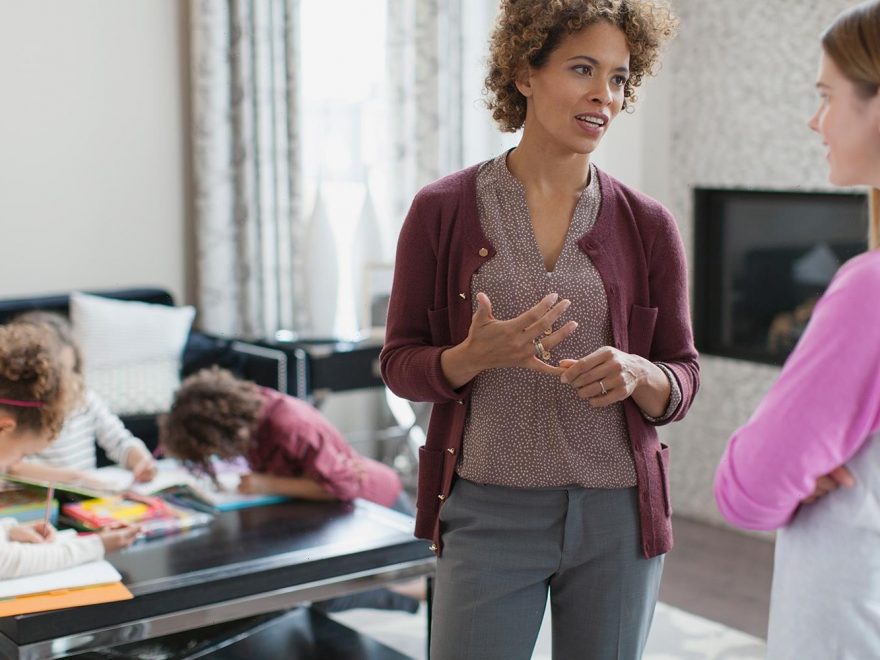 A MUM has sparked debate on parenting forum Mumsnet after asking whether it's fair to pay her childminder on a bank holiday.

Asking others for advice, the mum admitted she was puzzled about what would be the best solution, explaining she doesn't get paid for bank holidays at her own work and so would be "very out of pocket". 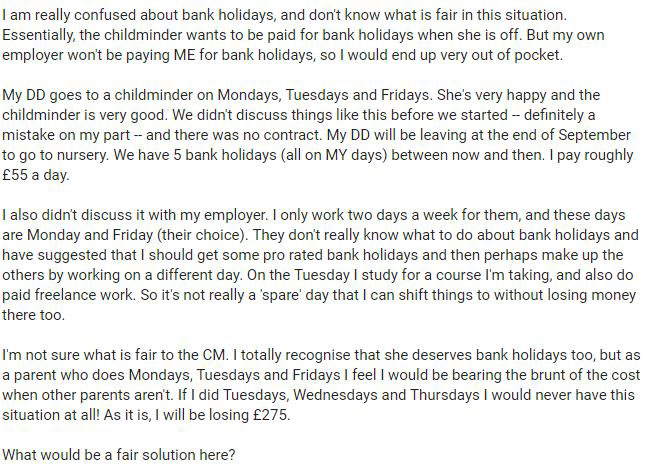 "I am really confused about bank holidays, and don't know what is fair in this situation," she said.

"Essentially, the childminder wants to be paid for bank holidays when she is off.

"But my own employer won't be paying ME for bank holidays, so I would end up very out of pocket.

"My [daughter] goes to a childminder on Mondays, Tuesdays and Fridays. She's very happy and the childminder is very good. 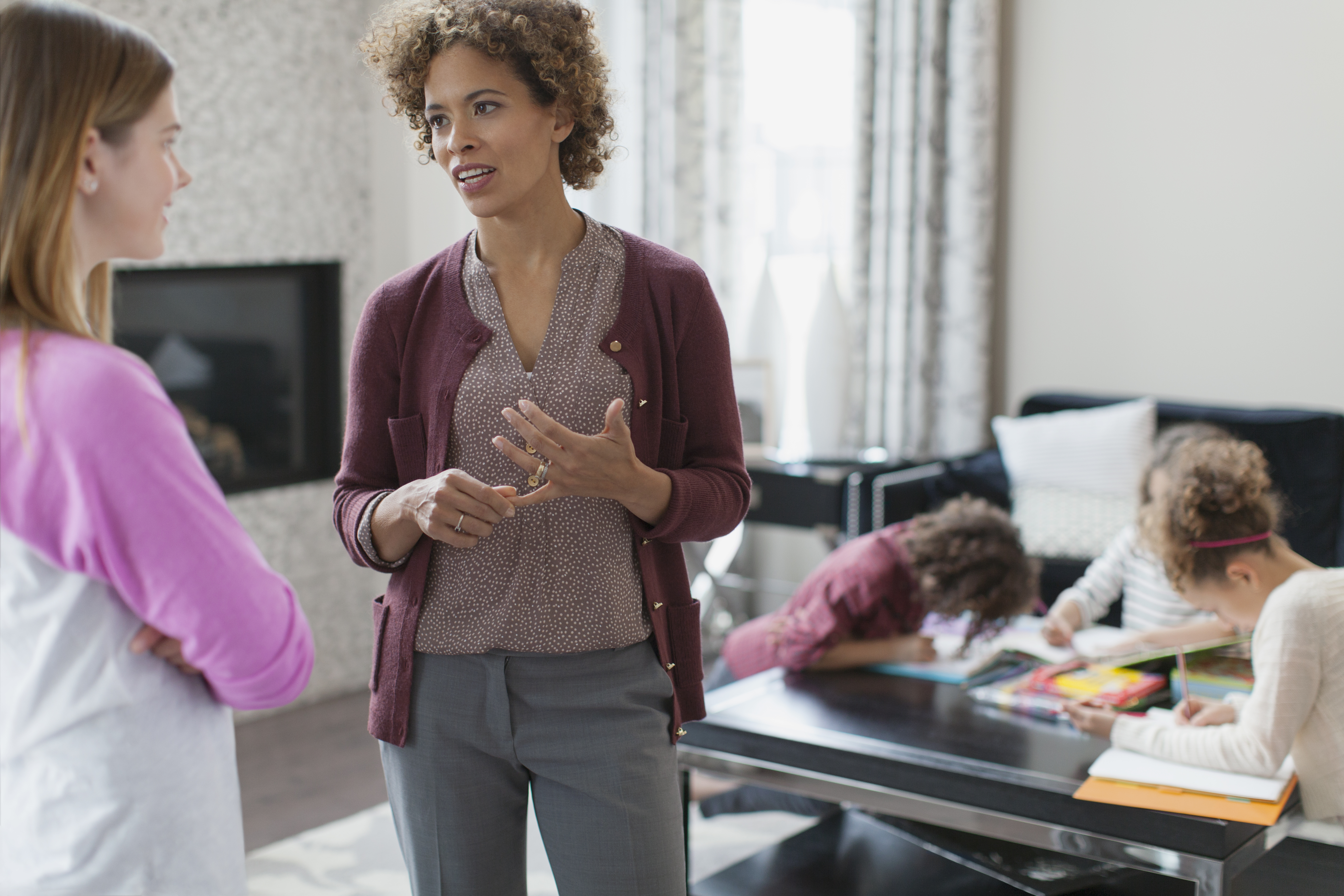 "We didn't discuss things like this before we started – definitely a mistake on my part – and there was no contract.

"My [daughter] will be leaving at the end of September to go to nursery.

"We have five bank holidays (all on MY days) between now and then. I pay roughly £55 a day.

"I also didn't discuss it with my employer. I only work two days a week for them, and these days are Monday and Friday (their choice).

"On the Tuesday I study for a course I'm taking, and also do paid freelance work. So it's not really a 'spare' day that I can shift things to without losing money there too.

"I'm not sure what is fair to the childminder. I totally recognise that she deserves bank holidays too, but as a parent who does Mondays, Tuesdays and Fridays I feel I would be bearing the brunt of the cost when other parents aren't.

"If I did Tuesdays, Wednesdays and Thursdays I would never have this situation at all!

"What would be a fair solution here?"

And it seems other parents had some pretty strong opinions on the matter, with the topic sparking a debate online.

Many said the childminder should be paid, with one explaining "that's how they work".

"You pay them for bank holidays, which are their normal working days, but not for their chosen holidays.

"If you calculate it, it's actually cheaper than paying for childcare where you don't."

Others agreed, saying it was "standard practice".

One pointed out that good childminders are "like gold dust", advising the mum not to "create a bad feeling for the sake of a few days".

"I think the childminder gets to set the rules, it's not a negotiation really," they wrote.

Others, however, totally disagreed with many taking the stance that if the childminder does not work the bank holiday, they shouldn't get paid.

"If the childminder is working on a bank holiday then yes you need to pay," they said.

"If they say no they aren't working, you don't pay."

Another agreed: "If she's not available to look after your child, she shouldn't expect payment.

"I've worked for a few childminders and none charged for bank holidays as they weren't willing to work for them."

Ultimately, pretty much everyone on the thread agreed a contract should have already been put in place to clarify the arrangement.

What do you think?

In other parenting news, Lidl’s mother and baby event is back on MONDAY and you can pick up Peppa Pig books for under £1.

We also revealed from lying to your kids to threatening you’ll ‘leave them behind’ – these are the things psychologists warn could be ‘messing them up’.

And we showed you one mum’s shock as ultrasound scan appears to show her babies PUNCHING each other in the womb.