A SCORNED woman is desperate to get rid of her cheating ex's £150 suit – before she sets fire to it and sticks it through his new lover's letterbox.

It seems the bloke left behind the four-piece navy ensemble at her home – so the woman listed it on a Facebook selling site along with a crisp white shirt. 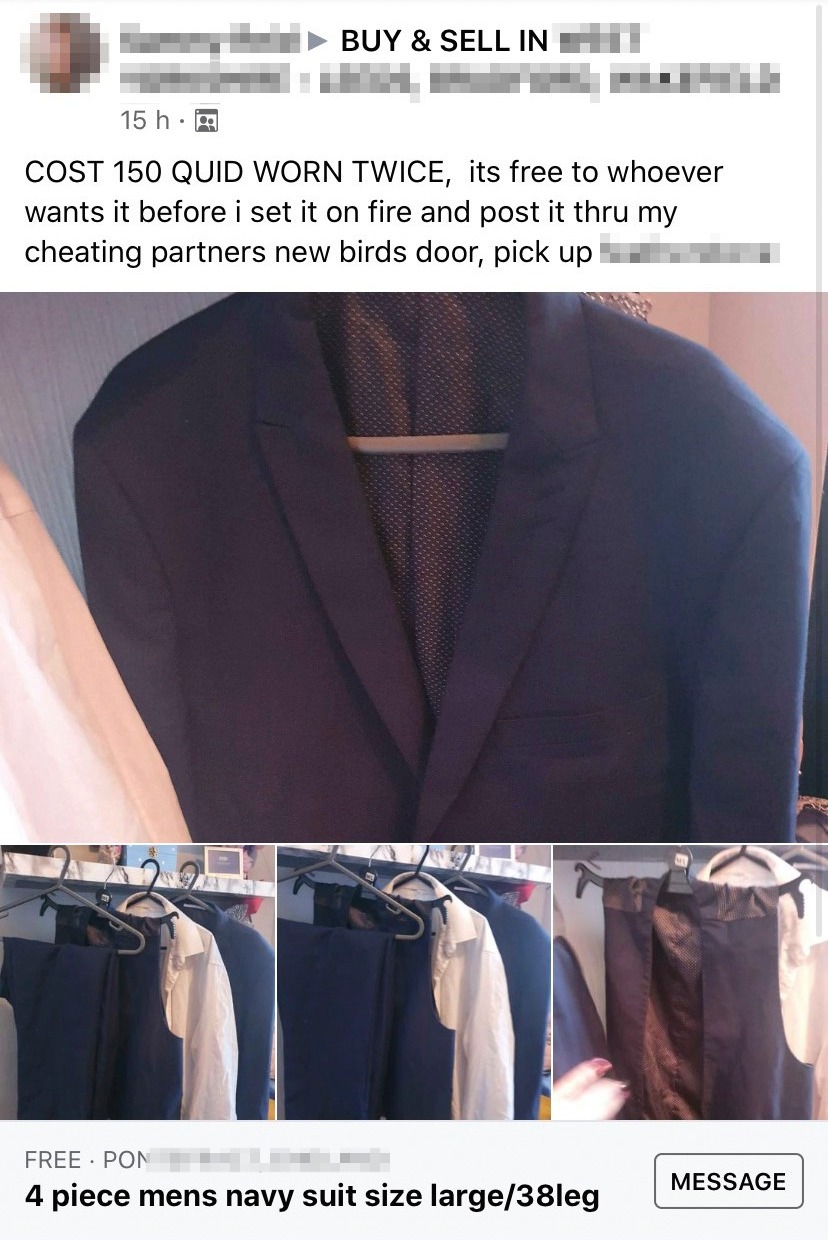 The woman told potential buyers it cost £150 and that it was only worn twice, as she shared snaps of the stylish suit hanging in her wardrobe.

She wrote: "Cost 150 quid worn twice. Its free to whoever wants it before I set it on fire and post it thru my cheating partners new birds door.”

She also said the large size suit was ready to be collected from her home – in an attempt to finally clear out the last of her ex's things.

One person joked: “Is there any fishing gear your thinking of setting on fire. Asking for a friend.” 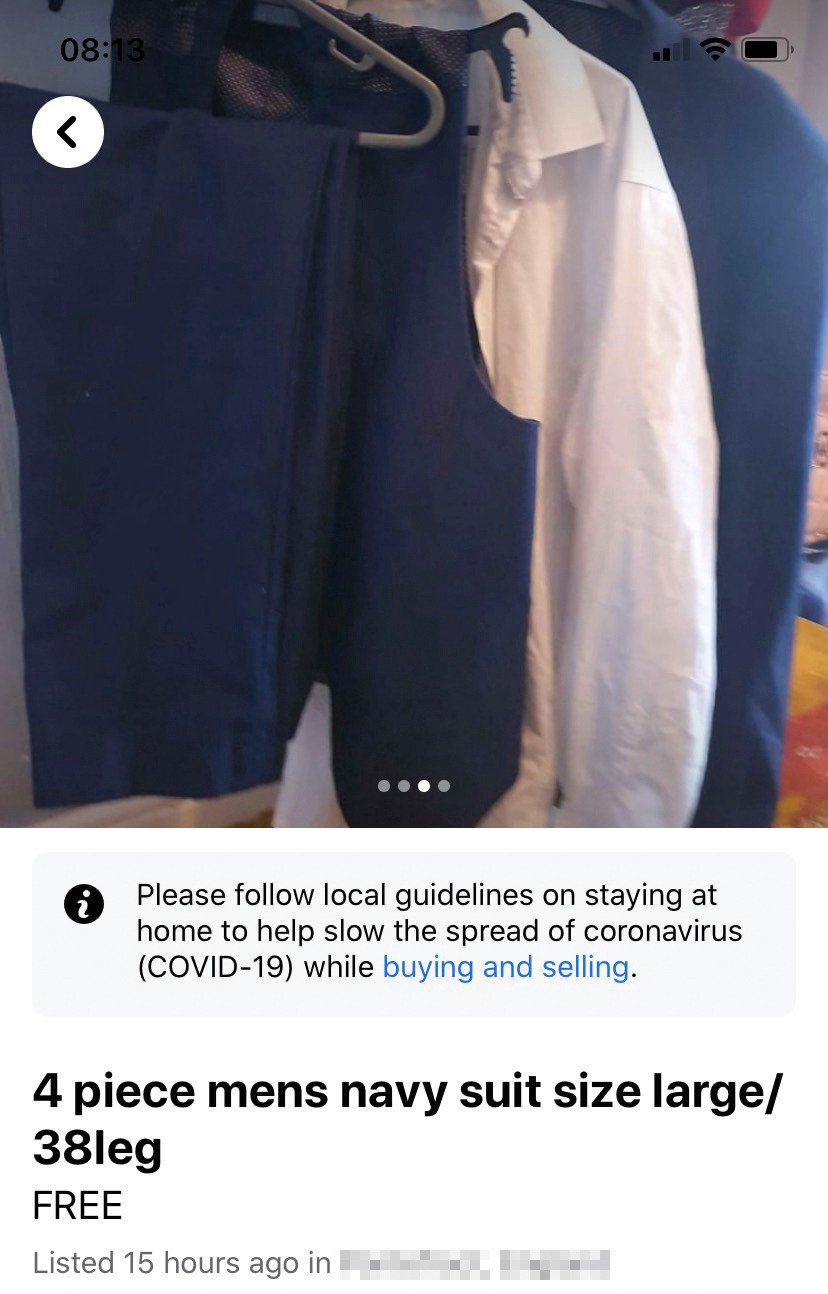 Another wrote: “Jobsite. Some person could land a job because of you.”

And a third added: “His loss.”

While it's unknown if anyone was interesting in bagging the free suit, it seems her post left many in stitches.

In other relationship related news, a woman reveals a bloke called her a ‘disgusting fat pig’ who was good for ‘one f**k’ when she turned him down on Tinder – so she got him fired.

We also shared how a scorned wife outs her ‘cheating’ husband by sticking up flyers around their area, but people say she’s in the wrong.

And a bloke was banned from Tinder for catfishing… and it was all because of a bizarre Baby Yoda photo.