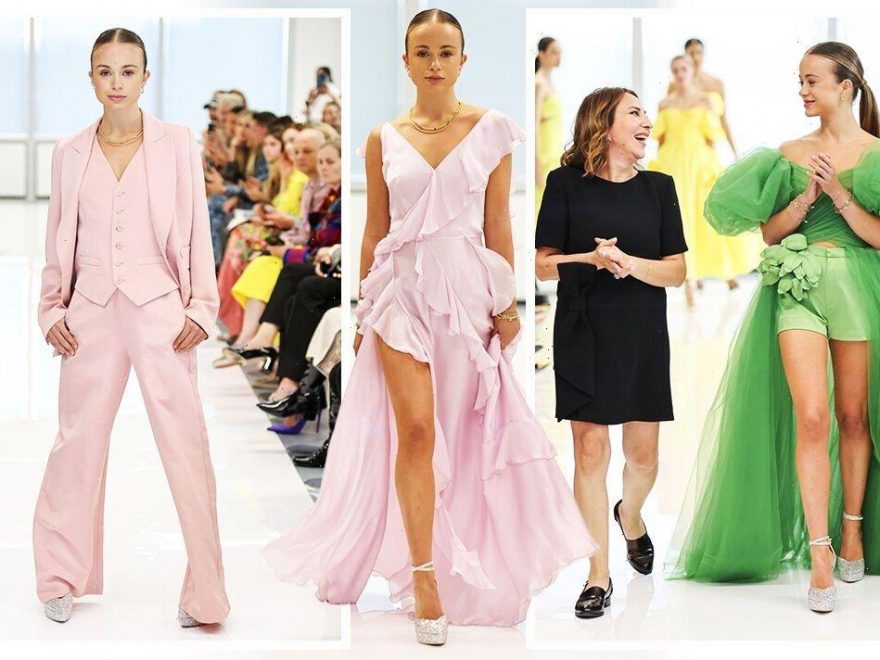 Lady Amelia Windsor, 27, looked effortlessly stylish in bright colours as she walked the catwalk at a London Fashion Week show on Tuesday. Amelia is the granddaughter of Prince Edward, Duke of Kent, currently aged 86. He was a first cousin of the late Queen Elizabeth II and posed with Her Majesty on Buckingham Palace balcony for her Platinum Jubilee earlier this year.

The model, once dubbed the “most beautiful royal”, walked in the Zeynep Kartal x Li & Fung show on Tuesday.

The 27-year-old has become a red carpet regular, attending star-studded fashion events such as the Dior show in Paris.

Amelia posed alongside designer Zeynep Kartal, in one of her signature looks. 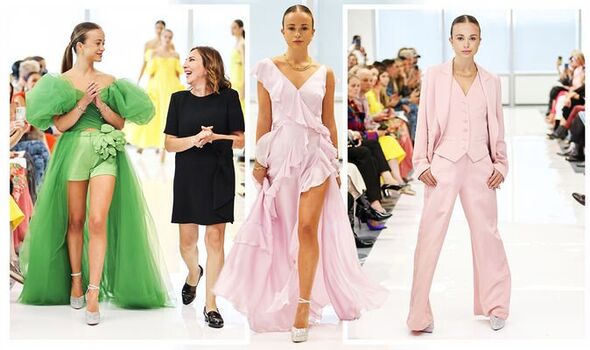 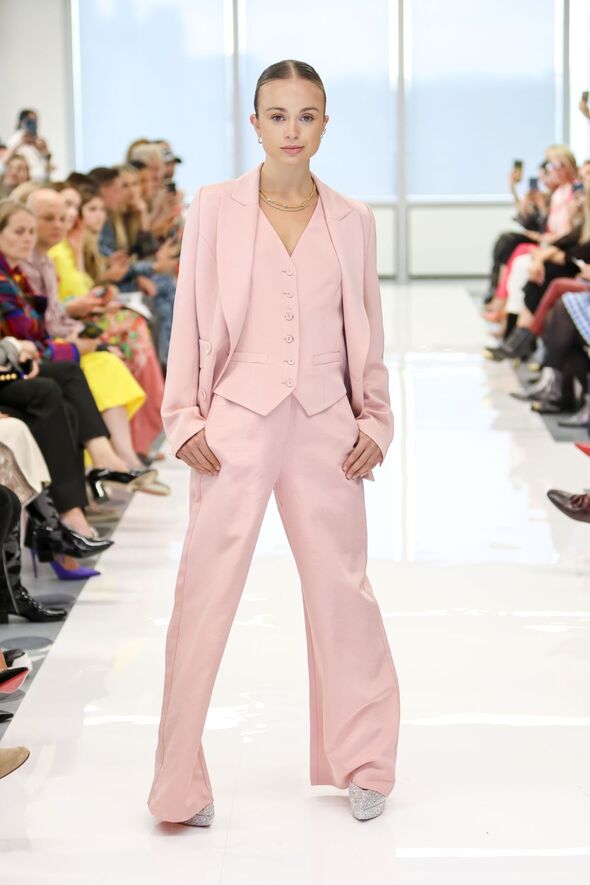 The royal wore a green taffeta blouse with a dramatic ruched bodice, sleeves and flowing train.

She also walked the catwalk in the designer’s show wearing a pale pink three-piece suit.

This consisted of wide-leg trousers with a waistcoat and a pale pink blazer.

Amelia also opted for a lilac dress featuring a plunging neckline, side split and ruffles for her third outfit look.

The 27-year-old royal is the second daughter and youngest child of George Windsor, Earl of St Andrews.

She was among the members of the extended Royal Family who attended the late Queen’s emotional funeral in London and Windsor on September 19.

Amelia was pictured recently at Milan Fashion Week wearing a low-key ensemble, complete with black trousers and an orange and black vest. 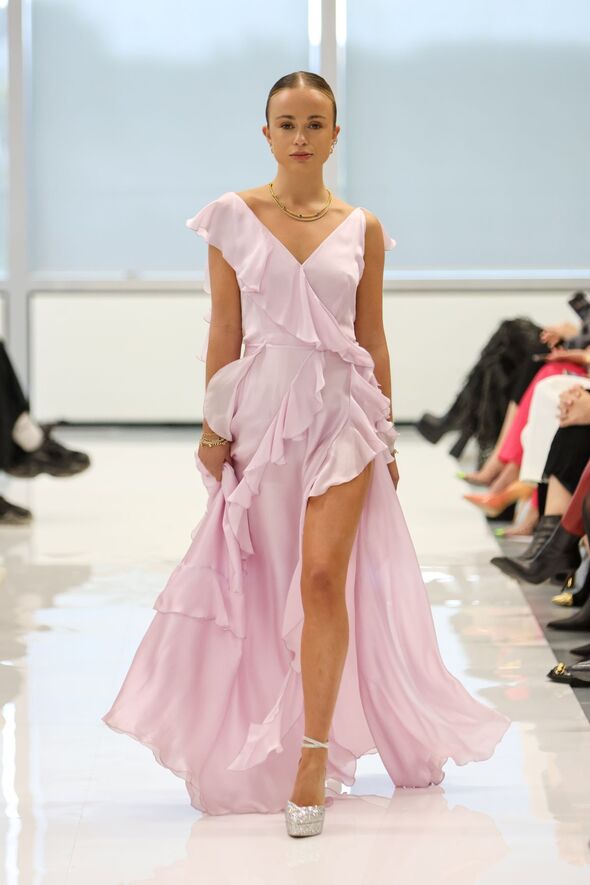 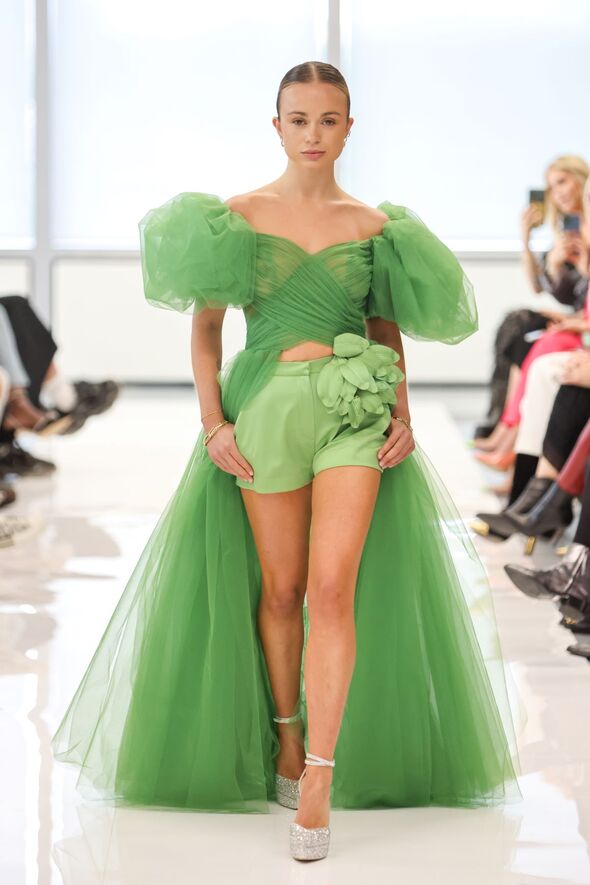 Amelia has spoken in the past of her love of fashion and art and loves to decorate the apartment she shares with her sister, Marina in Notting Hill.

The Tatler cover girl is 43rd in line to the throne and was famously dubbed “the most beautiful member of the Royal Family” when the magazine launched her into the spotlight in 2016.

Lady Amelia, her older sister Lady Marina, and her brother Edward Windsor are the grandchildren of the Queen’s first cousin, the Duke of Kent.

The beautiful royal made her debut into high society after leaving St Mary’s Ascot at the age of 18.

This was alongside Italian aristocrat Donna Melusine Ruspoli and Indian royal Princess Akshita Bhanj Deo, at the Bal des Debutantes in 2013.

Like many other royals, Amelia has a philanthropic attitude to business and a passion for climate activism.

She is an ambassador for the non-profit organisation No More Plastic and has worked with Fashion Roundtable, a sustainable fashion outlet.

The model lives with her sister, aged 29, in Notting Hill and often shares snaps of herself practising yoga and meditation.