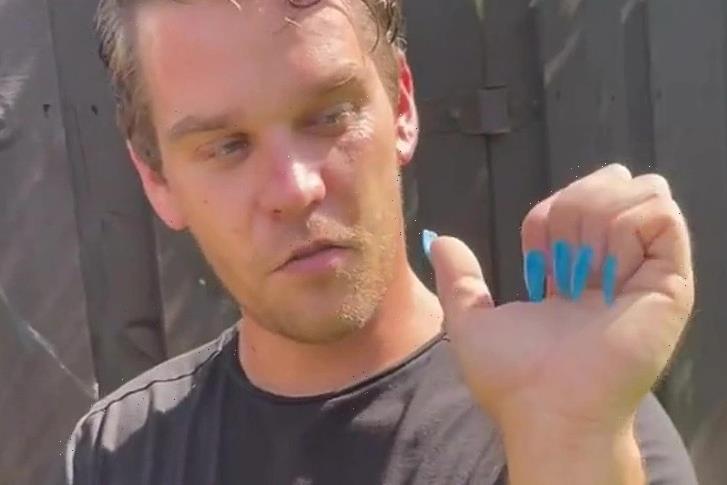 A MAN has shown how people with long manicured nails can defend themselves against an attacker without breaking a single one – even sporting a nice set of blue talons himself for effect.

The Royal Marine, who goes by the name @DutchintheUSA on TikTok, first taught woman how to accurately throw a punch, but noted it's difficult to make a fist if you have claws. 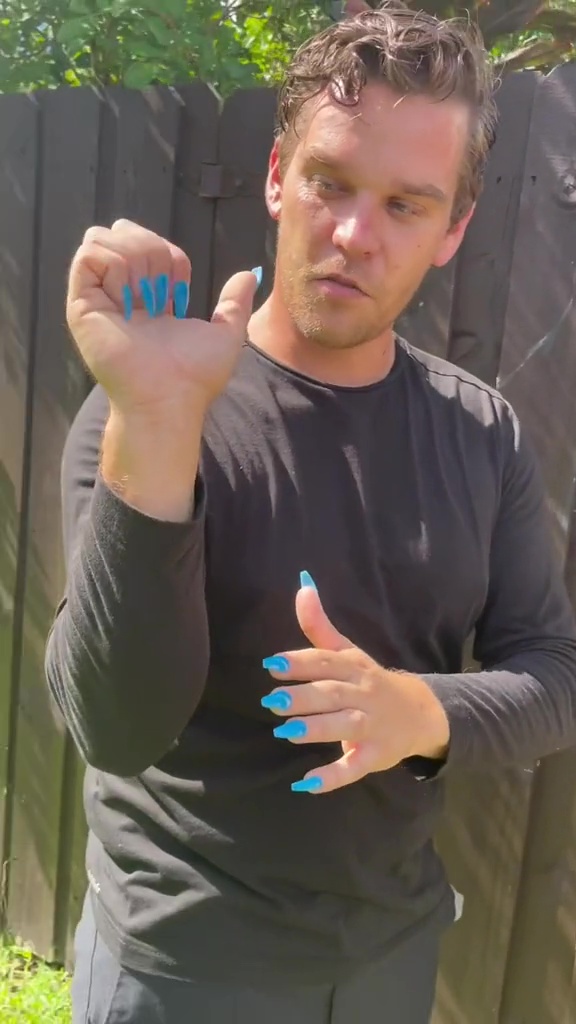 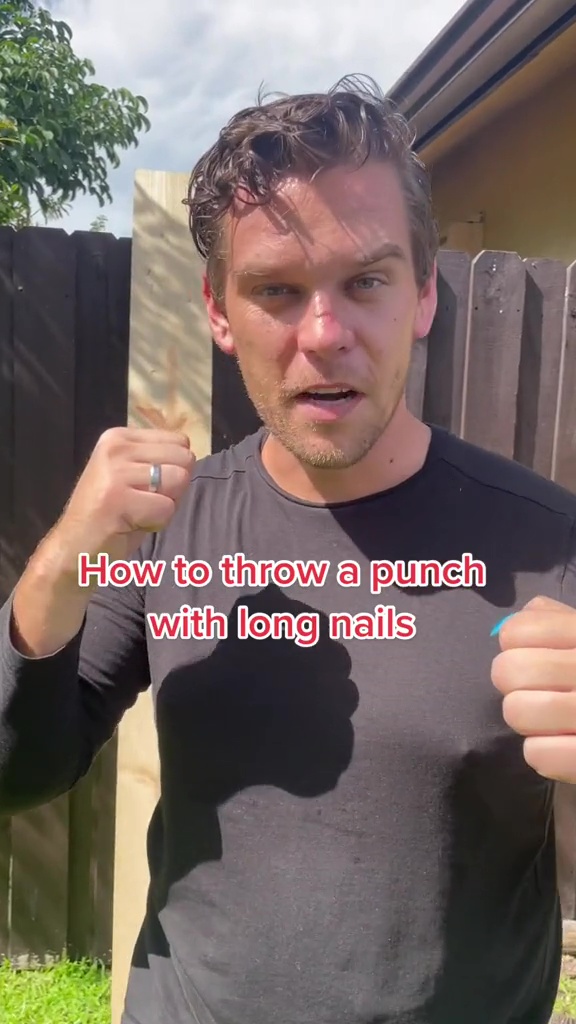 Aside from breaking a nail, women risk hurting themselves too as fake nails will dig into their palms while attempting to throw a punch.

Instead, the trained marine offered a solution if you're needing to defend yourself – and it's simpler than you think.

“In my last video you saw my rolling up my fingers like this to create a fist. Obviously you can’t do that [with acrylics] and it hurts very, very much,” he said in the clip which has been viewed over 11 million times.

Rather than using your knuckles, the marine suggests hitting the attacker with your palm, or with the side of your hand.

He also says to tuck your fingers just half of the way to avoid breaking them as you would if you tuck them right under.

He demonstrates the move wearing long fake nails of his own and says this move will "still work" when you use enough force.

What's more, you won't injure yourself in the process, so it's perfect for personal safety.

People who saw the clip were thankful for the tip, with many noting it could help save someone's life.

"Bestie this could save your life," wrote one person in the comments, tagging a female friend.

While another said the video shared "information I didn’t know I needed".

Loads of woman were grateful that he went the extra mile by actually putting nails on himself.

"Not all superheros wear capes, some wear acrylics," one said.

Another added: "This was so wholesome, I love this man."

"I am delighted that he put them on both hands even though he didn’t need to. 10/10 for commitment to the part," said someone else.

Meanwhile, this teen goes viral after sharing safety tips for women including always having men’s boots & when to never wear a ponytail.

Plus this woman shares self-defense advice that could actually save your life – & it has nothing to do with the method you choose.

And a man warns you should NEVER approach a car if string’s tied to the handle – he claims it’s a criminal distraction tactic. 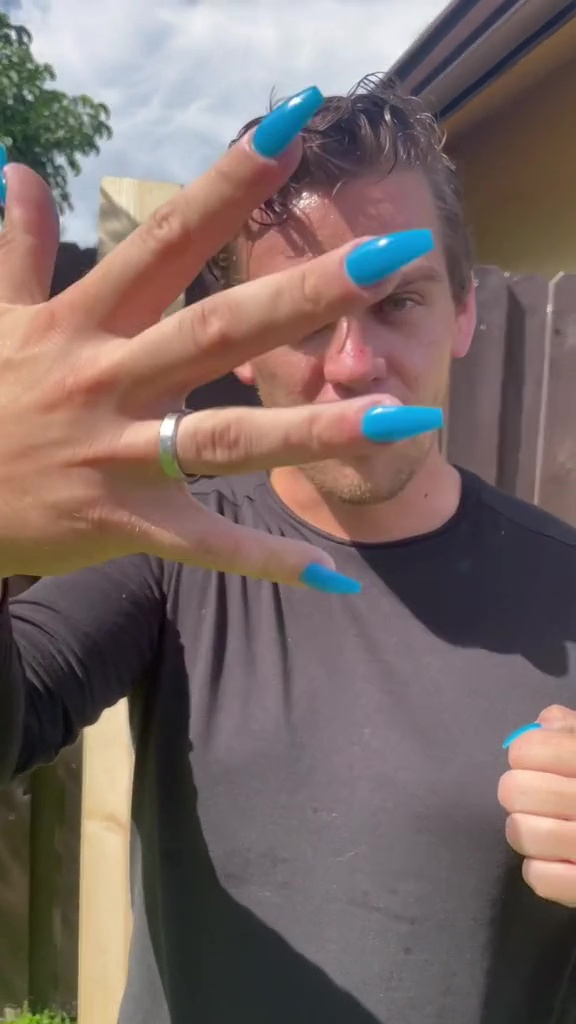 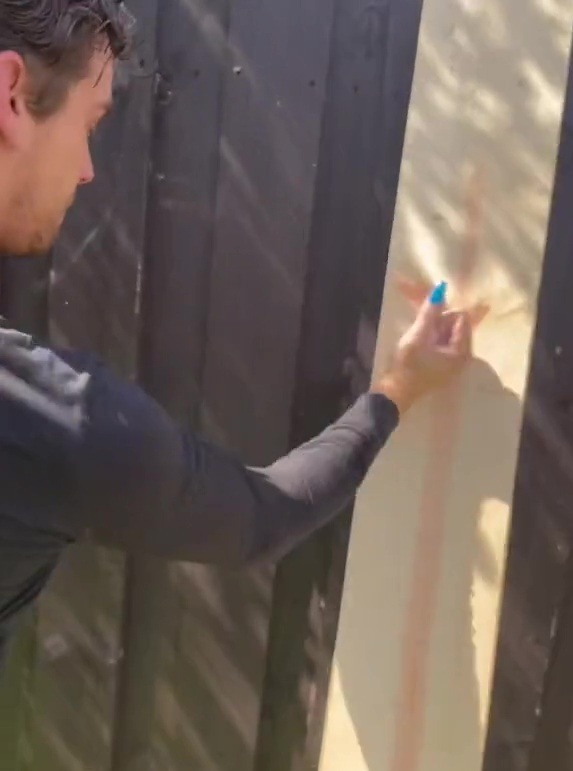